UP CLOSE AND PERSONAL WITH COLIN CHONG WERN LOONG

Life can never be the same once you have been introduced and get acquainted to the natural born charmer Colin Chong Wern Loong. Colin possess a natural charm that would make anyone laugh and smile even when he is constantly nagging and this made him one of the rare species that had never fought, quarrel or argued in his 11 years of marriage to Lorrine C. Xavier. Colin whom was also the first runner up at BU Bravo for Australia 8 Week Challenge 2011 competition is primarily admired by his peers and friends for his witty and funny character. He bring with him a strong positive aura whenever he is present at the basecamp or platoon or at any function. His comrade had even voted for him as the Spirit of Bootcamp for his platoon!


The RM500 per 15 seconds or highest-paid friend I have at the CHIEF'S ORIGINAL BOOTCAMP, Malaysia is the second in a sibling of 3 and is a living example of the modern nomad, having stayed all over Malaysia when his father, a Royal Military Air Force pilot was frequently transfered to. Growing up without any sisters was challenging. With only boys in the family, the environment became very competitive. Colin's father has run 4 full marathons in his lifetime and the two brothers were genetically injected with the pilot's strength but Colin felt somehow,  he was missing that gene but the voice-super celebrity, was a hyper-active kids in the block where no trees were spared without having Colin climbing all over them plucking mangoes and rambutan. At school, no boys would be left behind without Colin leaving a "chop" in the "Chopping" game at school where a tennis ball is threw on anyone, marking a "chop" on their school clothes... Aahh.. the good old days!!

During teenage-hood, Colin's extra energy was channeled into hockey, football, rugby and even rode horses and developed his charitable senses. After being able to do the Show Jumping and Dressage with the horses, Colin assisted in the Riding for the Disable program where the autistic and down syndrome children were taught to ride. The ponies or horses natural movement helped to loosen up the kids which did wonders for them physically. That was Colin's first of many other charitable causes that he participated. 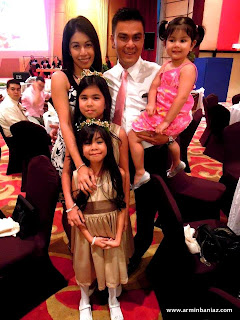 The father of 3 always did things at his own pace, in short he was the silent, calmer but active person in the family.... but dont ever challenge him because no matter how long it will take, in his own pace, patiently, silently and calmly, he will overtake you in your own words...... sort of ala belakang mali!!!


Although active, the young SOB (Spirit of Bootcamp) began slowly and patiently (in his own pace) collecting fats and grew in weight when he started work and after marriage, calmly he overtook the size of an average married men. Colin's beautiful petite wife, Lorrine C Xavier married a chubby and ever-growing husband and she only got to see a slim-mer, well defined err... Colin's muscle after 11 years of marriage when Colin started his training at the Chief's Original Bootcamp (COBC)!!!


"HOOYAH!!!", screamed Colin recollecting his past. "At my heaviest I was about 94kgs, I know I know... a whole lot of man, totally huggable, cute and all that but I was tired all the time and getting aches and pains because of the weight. Wait a bloody minute!!!! I still have aches and pains BUT NOW FROM BOOTCAMP!!! Hiya, cannot win wan!!" 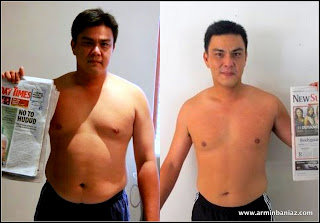 The barely 40 years old man but look as if he is in his early 30s gave up basketball many years ago due to injuries and eventually took up golf to lose weight which he could have, if he had walked the course but Colin ended up taking the buggy and he can still laughed about it.... 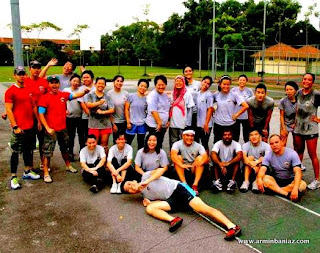 In July 2011, Colin decided enough was enough!!! Age is catching up and Golf wont make him healthier. "No more procrastinating, something had to be done", said the firm and assertive 39 years old man. Colin attended the COBC's Bring A Friend Day free trial after towing his heavy brother Melvin along on equal misery basis (i'm not gonna suffer alone sort of speak). 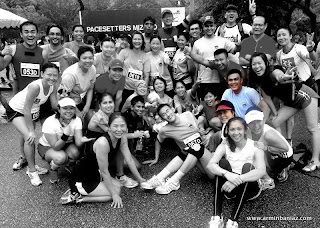 
Colin explained in his deep english-malaysian slang voice, "Wah!!!! mau pengsan Brudder. One hour felt like bloody forever, and I looked like I was going to die.... please check with Sarge (COBC) Nawal and Staff Sarge (COBC) Dann on the little side bet they had that the Chong brothers were not coming back. HAH!!!! Proved ya wrong guys , sorry!!!" 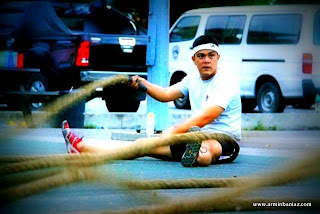 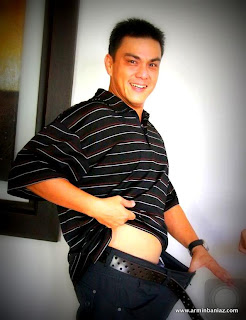 "So along the way as I persevered through sweat and mud and mud and grass and more mud and insect and parasite bites, something called the 8WC pops up.....!!!!" said Colin in with both eye frown and a serious face expression.

"I said uh uh, no carbs no way I'm joining. Call it a moment of insanity, I sigh um, I mean signed up." as he recalled his first impression on our 8 Weeks Challenge program!!!


Now all smiley, yes... said the man who changed his facial expressions 10 times-in-1-minute in every conversation, "COBC was the best thing that ever happened to me besides my wife and kids. I lost 15 kgs and along the way, climbed up Mt Kinabalu and started running officially." 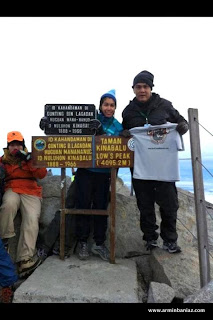 "Crazy changes in my life in the past 9 months since I joined COBC and I'm loving it. It cost me a fortune though changing my wardrobe.... eh got compensation ah?", said Colin while starring at me with another type of facial expression!!

With a different facial expression (again), Colin added, "I'm a different person now. COBC has changed the way i think and sob sob... the way I  eat. My wife seems a little indifferent towards me now that i'm slimmer.....umm I think she likes chubby guys hahahaha".

Now another facial expression followed by a body language, which is hard to describe, Colin continued "In all honesty, if it wasn't for her support in taking care of my diet during the 8WC, I would not have to change my wadrobe. Love you hunny (Its Lorrine- just in case any other girl perasan)!!"


"She did it probably to thank me for converting her from a Gym Bunny into a Bootcamp Babe hahaha, eh got compensation ah? hahaha", continued Colin changing his facial expression and body language again.


Colin ended the interview with err.... another tone, facial expression and body language and said, "I want to thank COBC and the instuctors especially Staff Sarge Dann who really knew how to push the chubby guy during 8WC....I am the result of COBC....breaking backs, building friendships. HOOYAH to the COBCians!!! hehe and the BananaBoys HOOYAH!!!!!" 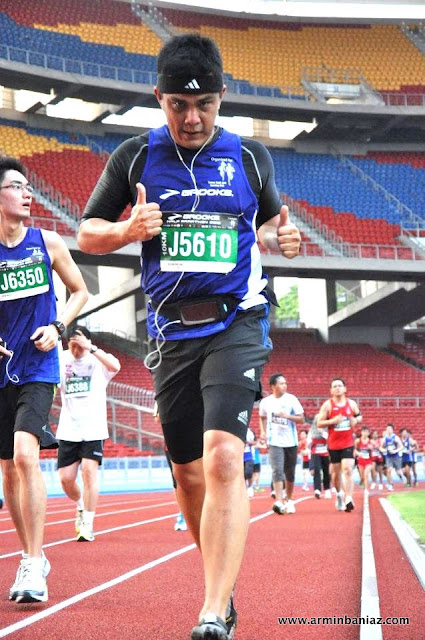 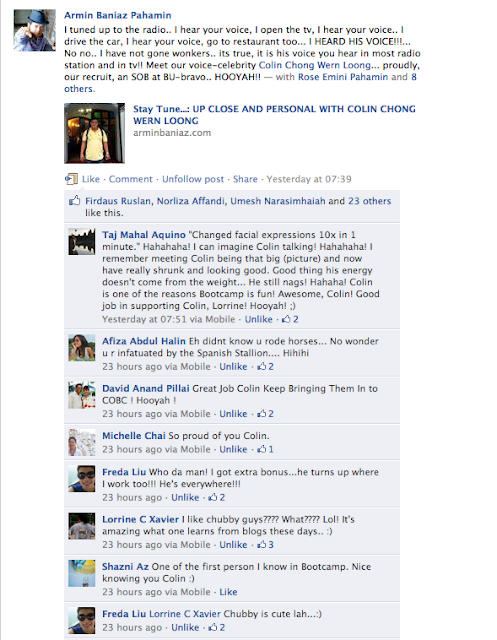 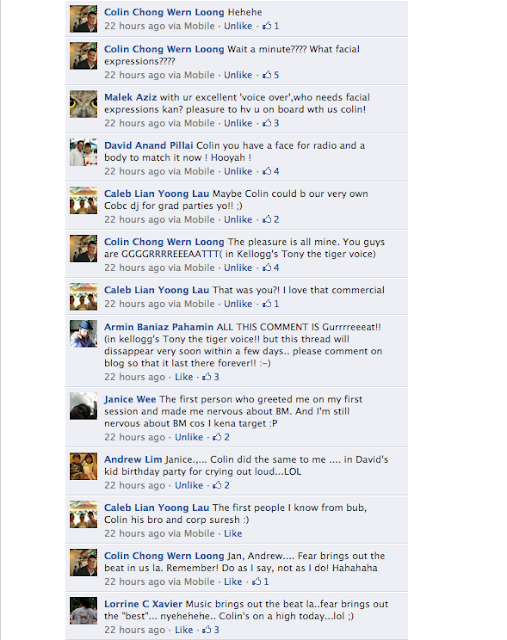 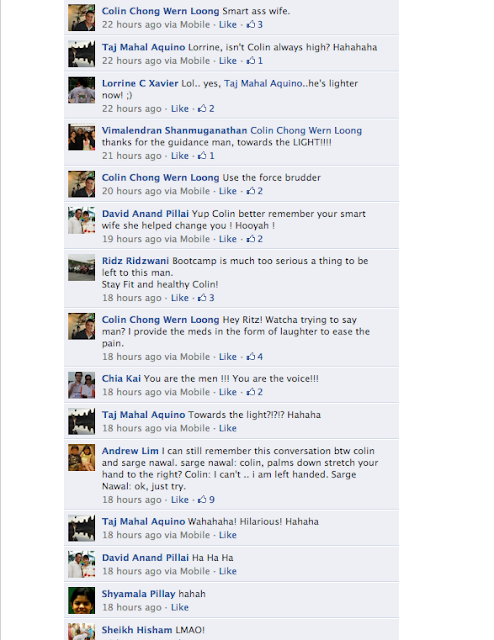