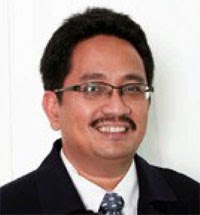 Azmi Idris first joined Proton in 1985 as an Assistant Manager at Warranty Technical Services and was trained at Mitsubishi Motors, Japan and Lotus Engineering, UK. Prior to his appointment as Proton Edar's 10th Chief Executive Officer, Azmi Idris was the Proton Holdings Berhad Director of Group Quality, a post he held since May 2010.

Azmi was also one of the judges for a TV program - IDEA: Malaysian Investors' Challenge aired on TV3. The program was supported by Proton, Mosti and Sirim.


While there have been ten Chief Executive Officers, the majority of the dealers had remained. We, the executive council of PROTON EDAR Dealers Association Malaysia have all been around since the first CEO and have experienced first hand which policies worked and those that did not. Ironically, everytime a new CEO was appointed, they will repeat the same policy that did not work and every time that happens, the dealers network will bleed.

Historically, when a new Chief Executive Officer was appointed, the majority of the top 10 best dealers too changed. Only a few remained. In all the past 10 CEOs, only during Dato Maruan Said that most dealers were most profitable. Now, most dealers hardly break-even. Among the attributes were punitive policies and incentives that are counter-productive. This had worsen when DRB-Hicom took over practicing alot of trial by error policies which saw the sales continuously plummeted.

It was during Dato Maruan Said too that the dealers association had the most engagement. Almost on a weekly basis through various coffee chat, golf and table-talk brainstorming sessions. The dealers association committee was invited during all his (Datuk Maruan Said) nationwide meetings & roadshows and the dealers network stood strong behind him and combated all obstacles that hindered any growth in sales. All policies and incentives were driven as a solution and machinery were objective oriented only with one clear direction- to sell with minimal disorderly marketing.

Disorderly marketing was at the worst period and still worsening from Mohamad Shukor Ibrahim's tenure as the CEO. Brokers were bred, mushroomed & fed and at this stage became irrevocable though CEO Ahmad Suhaimi had adopted a policy to eradicate it. The policy was short lived when he resigned.

PROTON stable of cars had improved by leaps and bounds but inherited a negative legacy of a damage branding. With the right policy, I am confident and strongly believe, PROTON can and will make a come back.

We thank you Dato Hisham whose term ended as Proton Edar Chief Executive Officer on 17 March 2014 to focus more on macro level being the Group Chief Operating Officer- Commercial. Dato Hisham has been instrumental in eradicating internal corruptions and stabilizing the transition of the take-over by DRB-Hicom.

We welcome Azmi Idris as the new Proton Edar Chief Executive Officer and are looking forward to work closely to bring back our sales to a higher level.