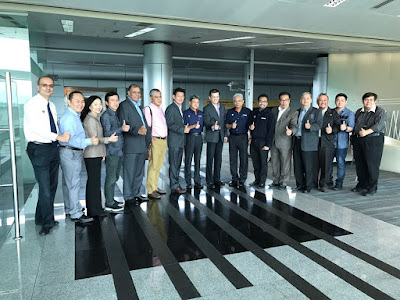 We officially met the new CEO today on his second day in office to welcome him onboard and to introduce PEDA committee members line-up. Rashid is no stranger to PEDA and the dealers. When he was Proton Chief Technical Officer, we frequently brainstorm and exchange ideas.

Since my first encounter with Rashid, I have always thought he was in the wrong department (in Proton). A man who knew Proton cars inside out, Rashid is more of a sales man than an engineer. The 52 years old, soft spoken but firm gentleman speaks with strong enthusiasm and passion about Proton cars better than the best sales man in Proton.

The fourth in a sibling of 10 has worked at 7 automotive factories before assuming his latest position as the Chief Executive Officer of Proton Edar. Rashid has been with Toyota, Proton, Mitsubishi Japan, Lotus UK, Mercedes-Benz, Suzuki and Volkswagen.


A very interesting and knowledgeable man, we believe Rashid is what Proton Edar needs to overcome all the negative perception that has been tailing Proton for decades. Rashid is a strategist which we trust will position Proton back to its course. My only prayer, is for him to listen and engage PEDA more frequent than his predecessor for whatever feedback we provide, is for the good of the network.

The new CEO has a daunting task ahead especially with everything else working in adverse to our sales. Banks approval rate for loan financing is declining coupled by the aggressive marketing and discounting by our competitors. Proton Edar need a strategist and a thinker as the CEO, who can greatly inspire the thousands of employees, the whole network of dealers and create confident with the public. For Proton to survive, the whole ecosystem must be united. Draconian approach that manages the dealers and employees through threat and punitive policies will destroy the network even further. Proton is not just about numbers but the values and services it provides.

If the CEO's KPI is just numbers at whatever cost, Proton will slip deeper into the red ocean.

Below are some snapshots at PEDA's monthly meeting and our first engagement with Rashid, Dato Fuad Kenali and Dato Radzaif today. 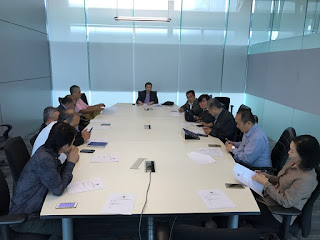 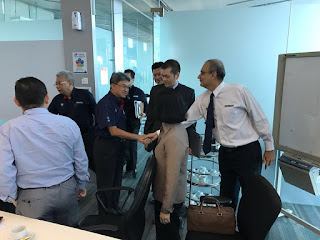 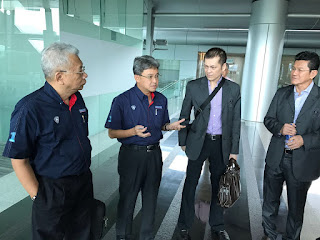 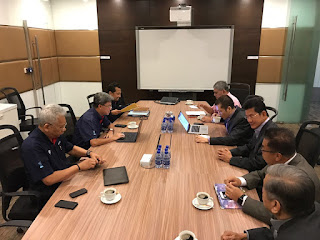 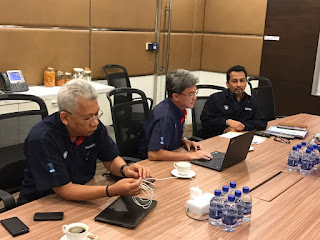 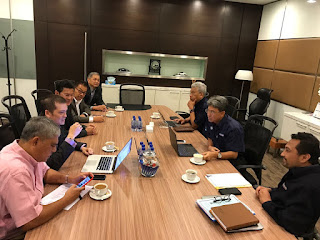