Finally I reconciled with my Girlfriend.. after 2 years!!

Its been 2 years since I last held her... She has not change much and still look as pretty and sexy. We were introduced by a friend at Taman Megah 2 years ago... It was love at first sight. Her slim and sleek white body turned me on instantly although we have not spoken for 2 years. Her long white leg too is exactly as how I remember. She is half french and partly italian.

She was so irresistable, I was on top of her on the 2nd day we dated at Putrajaya... I held both her red curve tight as I sweat endlessly. My heart beat was so fast that I had to slow down a few times and after 2 rounds of almost 5 hours, I gave in to her although I wanted to continue... She was too smooth.

I had only rode her thrice before my busy schedule became a barrier and since its the Eid celebration, maybe she can find deep in her heart to forgive me.... and if she does, I promise I will care more and spend a few hours a week to sweat together.

Her italian name was engraved as Campagnolo.... 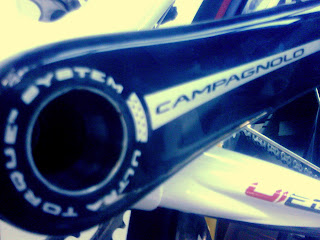 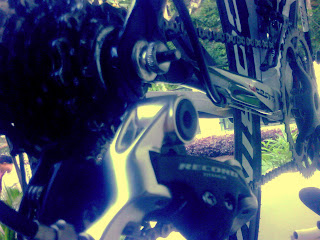 She can move at 10 speed and she was made of titanium.


I chose her because she was the best... i tried Japanese Dura Ace but she jerked too much and was abit noise... 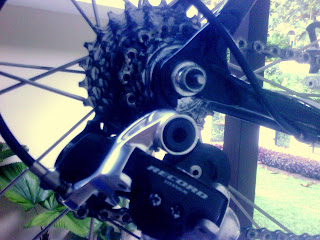 I had multiple orgasm the few times I rode her... She was so smooth at all the 10 positions.

The memory of the few times that I had with her lasted till now although we did not have any contact for almost 2 years. 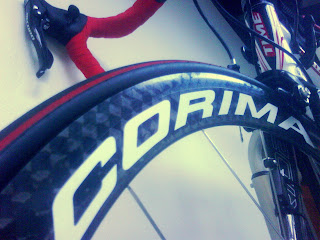 She was also hard and expensive to maintain but its worth every single sen......... 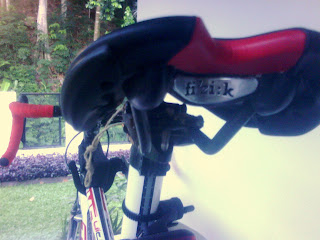 Her rear was my favourite... She is so red in between. 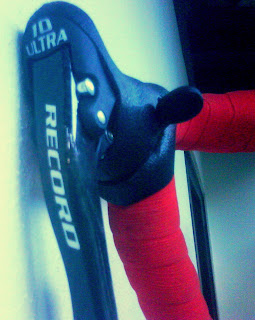 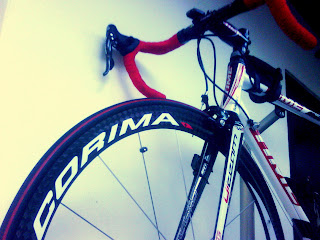 She is a beauty... we finally reconciled and I took her into my house from her locked prison. 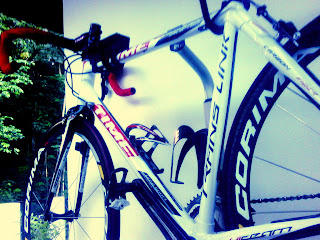 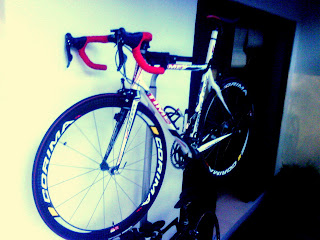 My girlfriend Time VXRS ULteam World Star Module..
I bought her 2 years ago to attempt the Ironman Triathlon @ GOTTO Island Nagasaki, Japan but had to abandon the Ironman when it was geographic & logistically not feasible... I was so eager to compete and bought Malaysian Airline ticket to Tokyo, Japan and discovered I had to travel and change 3 more flights to reach GOTO island where the event is held.

Since then, I locked my girlfriend in a special bicycle room at my house until this morning when I took her out.. bath and beautify her for the raya....

Now, I am all enthusiast to ride her and attempt the Ironman Triathlon again......... but in Langkawi next year in February 2010.