Posted by ARMIN BANIAZ PAHAMIN on July 26, 2010
25 JULY 2010. Whilst 8 recruits (including guests) from the ORIGINAL BOOTCAMP MALAYSIA @ Bandar Utama went for MOUNT NUANG EXPEDITION in Hulu Langat, another 8 recruits participated in the BHP Orange run.

Since the BHP Orange run was first organised, we had never missed it every year but this year, we went to Mt Nuang expedition instead but our circle of friends from the ORIGINAL BOOTCAMP MALAYSIA @ Bandar Utama ran the BHP Orange 11km run and many of them were first time participants at the BHP Orange run and some were Virgin runners.

Those BHP Orange Runners from the ORIGINAL BOOTCAMP MALAYSIA @ Bandar Utama were.. 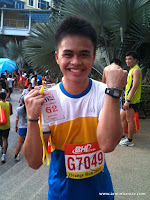 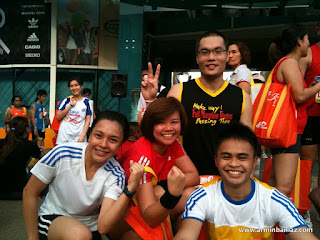 Chun Chia Kai... An instructor at the ORIGINAL BOOTCAMP MALAYSIA @ Bandar Utama with the ranking Corporal, completed the race in 54:15 mins and won 3rd placing.

Lilian Lee a recruit at BU-Bravo ran her first BHP Orange 11km race in 1 hour and 14 minutes. This was her second running race after the Standard Chartered International race where she ran the 10km run and completed it in 1 hour 12 minutes. Lilian Lee timing Personal Best record had improved tremendously with only 2 minutes different although the distance was 1km extra. 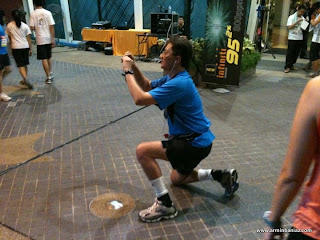 John Chuah a seal at BU-Alpha ran his first running race and broke his running-virgin with the BHP Orange 11km race. John Chuah completed his run in 1 hour 20 minutes. For a first time runner, that is a very good timing.. but it may have also been contributed by the new running jersey John Chuah was spotted buying at One Utama mall.

Roslizza Abdul Rahim, a ranger at BU-Alpha completed her 11km race in 1 hour 44 minutes. For someone whom had only start exercising with the ORIGINAL BOOTCAMP MALAYSIA, lizza's timing was an excellent effort. Lizza Abdul Rahim is known for her commitment and dedication to complete any race even if she had to walk or crawl. 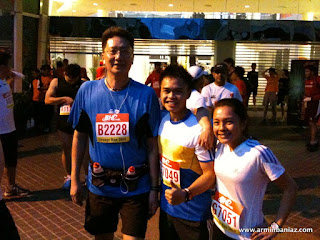 Nurfuadi Ruzalli, a recruit at the BU-Alpha platoon although a national bowler, had never run running races. This BHP Orange 11km run was Nurfuadi's first participation and she successfully completed it in 1 hour 12 minutes.

Tricia Fredericks a recruit at the BU-Aplha and a Virgin-runner, broke her Running-Virgin with the BHP Orange Run and completed it in 1 hour 20 minutes beyond her own timing-expectation. Tricia Frederick had never ran any races and underestimated her ownself by targeting her time at 2 hours. The time recorded is a good timing for a first time runner.

Freda Liu from BU-Bravo ran the BHP Orange run recorded approximate timing of 1 hour 30 minutes for the 11km race. Freda Liu best timing during the 10km Standard Chartered International race was 1 hour 26 minutes. Freda had improved her timing with the additional 1km race in 4 minutes. The usualy average time for 1km is 8 minute.

Viki Lim a recruit at the BU-Bravo ran the BHP race and completed it in 1 hour 28 minutes. Viki Lim is an avid runner that enjoys running, exercising and working out. 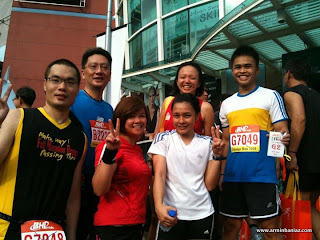 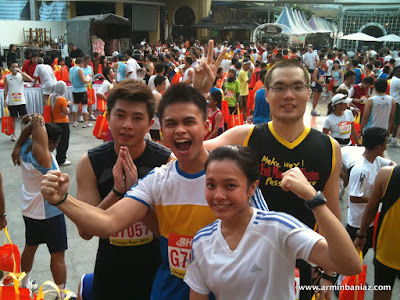 Congratulation to all runners.... and big huge HOOYAH!!!