UP CLOSE AND PERSONAL WITH SHUHID ZR 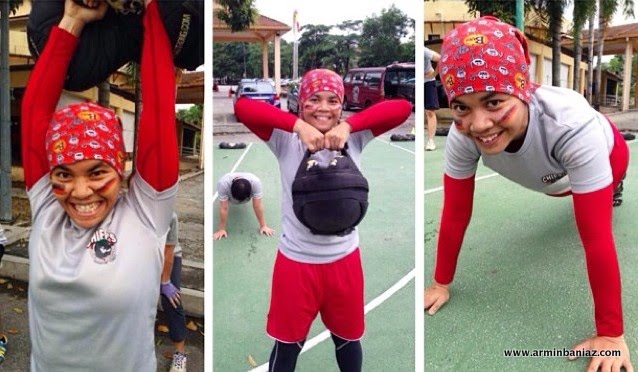 One of the most eligible bachelorette at the Chief's Original Bootcamp (COBC) is Siti Shuhidah Zainal Rashid. Shuhid as she is fondly known as, joined the COBC in November 2012 with the intention to learn a thing or two in the military-inspired training program for her to train on her own being a self-motivated and a very active women since school. She gave it a try through the Groupon promotion when she first heard about it from Aida Munirah; a cancer survivor and a loyal dedicated recruit at COBC. From a mere thought of wanting to join for only a month, Shuhid is still constant and is consistently training at COBC for 19 months now and in her own word, "I am not afraid to say I will do Bootcamp for life!".


Prior to joining COBC, Shuhid whom was already a runner, clocked 21km run in 3hrs 17 mins. After she joined COBC,  Shuhid's best timing improved significantly to 2 hrs 37 mins and Shuhid is still improving. Her instructors were all praises at the commitment and passion portrayed by Shuhid.

Born in 1985 Shuhid possesses a colourful and interesting background which I am proud to share and had only learn. At COBC, we rarely know each other's background. Each and every individual stands out in their own way at the Bootcamp and we know each other through their true personality, energy, spirit and passion. I am amazed to learn and write about this amazing lady.

For a start when Shuhid was an undergraduate, she never failed to get into the Dean's list at every semester and was entitled and awarded the Vice-Chancellor award. She graduated with a second class upper from the University Technology Mara in Accountancy and then continued her study in ACCA (One last final paper). In September this year, she will be leaving to the University of Sheffield in United Kingdom to pursue her Masters in Business Administration (MBA) post graduate degree.
.

Beside the impressive education achievements, Shuhid was also active in sports since the early days. In high school, she was the President for Junior Hikers Club. Before her mid teens, Shuhid had conquered most of the famous mountains in Malaysia. She has climbed up Mount Kinabalu, Mount Tahan, Mount Datuk, Mount Nuang, Mount Angsi, Mount Bunga Buah and countless more. She also represented Maclay's house for 200m and 4x100m run for sports day during High school. While studying for her Diploma, she represented the University Technology Mara in Malacca for handball tournament and when she was attached to the Ernst & Young, Shuhid was made the Captain for the Ernst & Young Ladies Futsal team. She led the company team in the annual IAFG (Inter Accounting Firm Games) tournament where she befriended Aida Munirah, a loyal COBC recruit whom first spoke to her about COBC.

The Taurus is the younger in a sibling of two. Her sister is 5 years older. Shuhid began her career as an Auditor at the Ernst & Young for 4 years before moving on to her current employment at the Schlumberger as a management accountant handling UK and France account for PTS segment in KL financial hub.

Being active in outdoor activities and sports, Shuhid underwent an ACL surgery in 2011 after being badly injured after an aggressive tackle during the semi-final tournament against KPMG. That became a turning point for her. From only having fun and enjoying sports and outdoor activities, she then took training and health a step further. After the surgery, Shuhid enrolled for her maiden 10km run at the Adidas King of the Road run 2011. Shuhid whom never like running any long distance race began to be addicted to running after experiencing the orgasm of crossing the finishing line. This is an emotional feeling only runners can understand.  Shuhid became hungry and crave for that feeling again and again.

After participating in the Chief's Bootcamp training, Shuhid became even more aggressive with her outdoor activities. She run most events with her Bootcamp friends whom she regards as family. It is true. Only at the Chief's Bootcamp that you find people that share the same strong passion for almost everything from running, cycling, swimming, mountain climbing, hiking, trail running to diving, futsal, serious fat loss, makan-sutra, modelling, camwhoring, selfie'ing and anything and everything else because the owners and instructors of the COBC too are as passionate if not more. 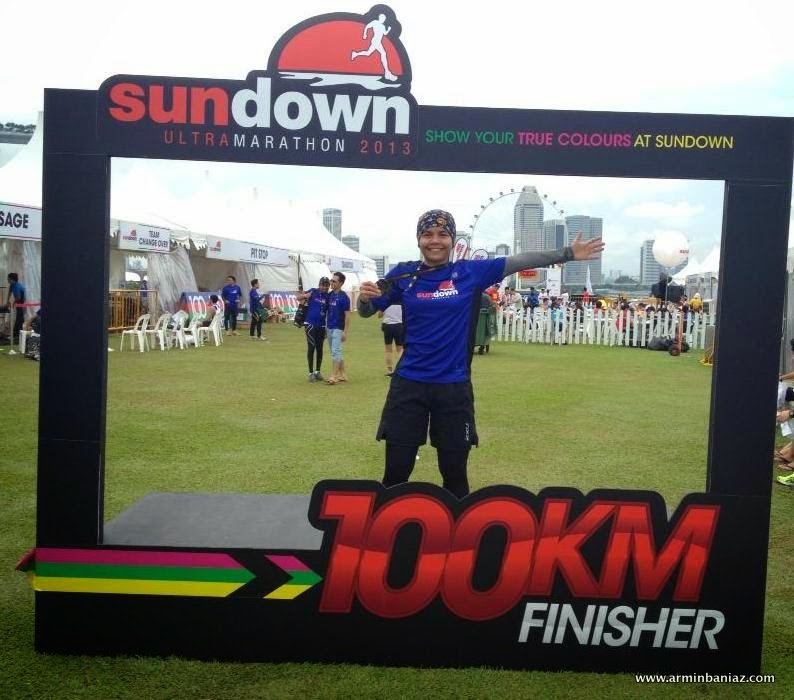 With the Chief's Bootcamp fraternity, Shuhid ran her maiden full marathon at the Singapore Sundown marathon in May 2013 and with the same bootcamp family, Shuhid became an ultra trail marathoner when she completed 50km at the Bromo trail ultra marathon in Indonesia in November 2013. Shuhid's only form of training was at the Chief's Bootcamp. She never misses her compulsory bootcamp training sessions 3 times a week and at times, she did two sessions back to back twice a day. "That was my only training", claimed Shuhid. "Alhamdulillah, I completed both biggest event in my life thanks to the Bootcamp training and especially to Aida Munirah for introducing me to Bootcamp. I can never thank Aida enough for bringing me into this family", added the iron lady whose tagline in life is to live it the fullest.


"In December 2013, a fellow Bootcamper persuaded me to take up cycling. Somehow, at the Chief's bootcamp new activities quickly became a contagious disease!! "With great fitness and health from the training, we tend to always challenge ourselves to a new level. I end up with a Lapierre Sensium 200 road bike with all the necessary gears thank you to Muzaffar Bahir and Kitson Foong." 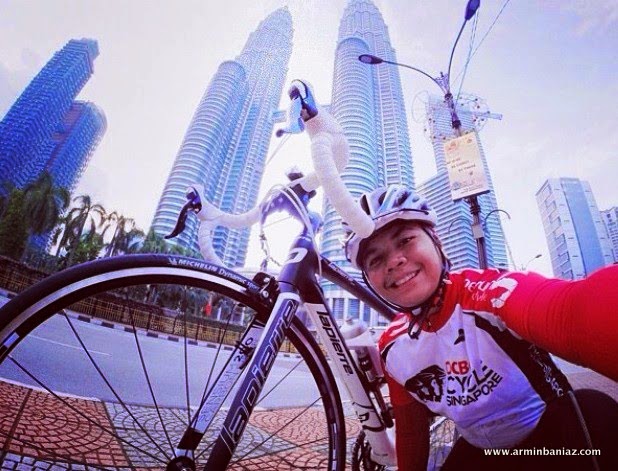 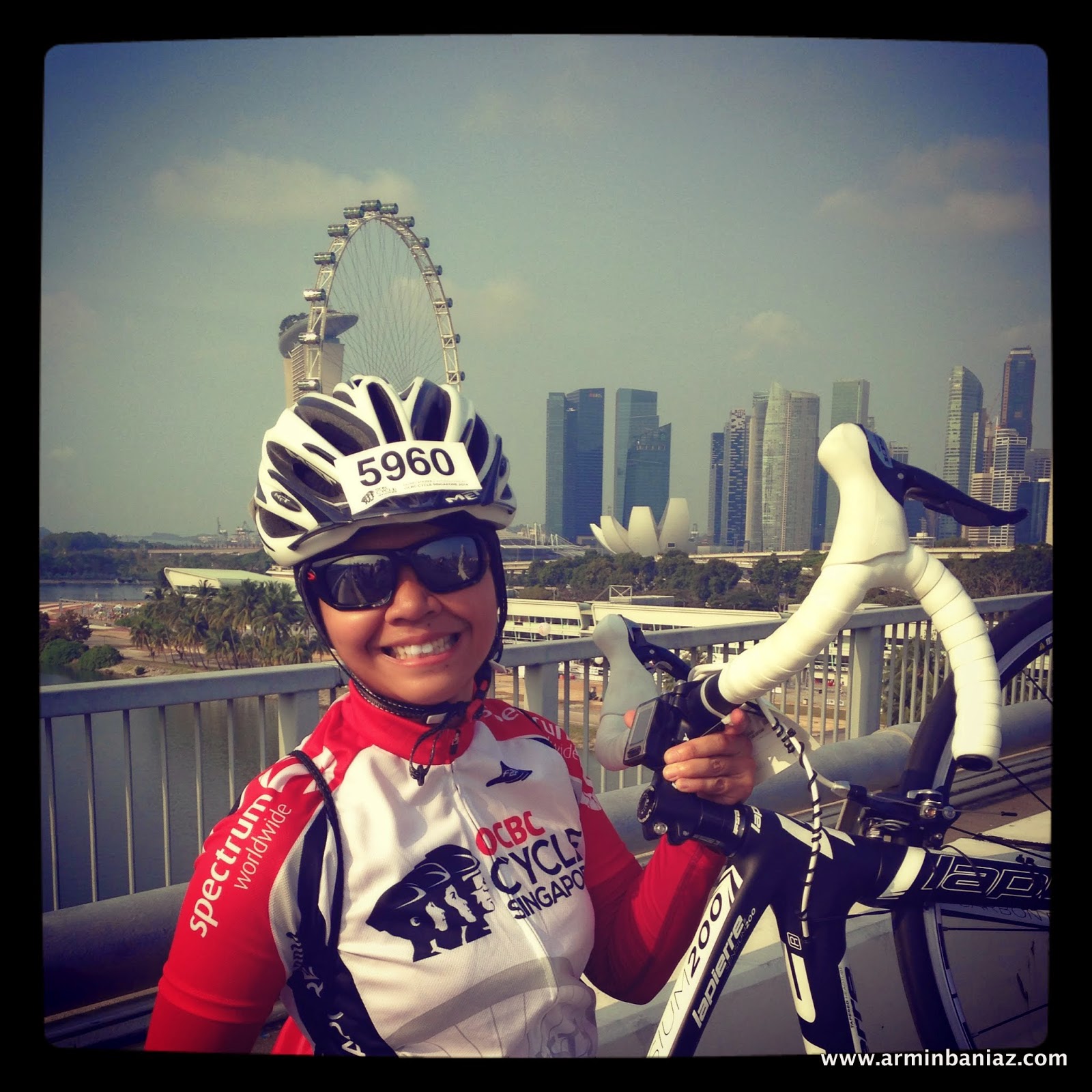 "2 days later, Muzaffar got me into a 'fun ride' in Sepang!! The 'fun ride' was actually a race with and against national and state cyclist that comprised of a long 8 laps! This is very typical of the Bootcampers. They will always challenge their fitness to the max and again, challenge that max to a new max but to compete with national and state cyclist?!! I was the only amateur."

"After that event, in April 2014 together with my fellow bootcampers Kitson and Maslina, we participated in another unprecedented event. We signed up for a 120km TNB Janamanjung ride in Perak. We completed the longest cycle that we can never imagine in 5 hours. Alhamdulillah". 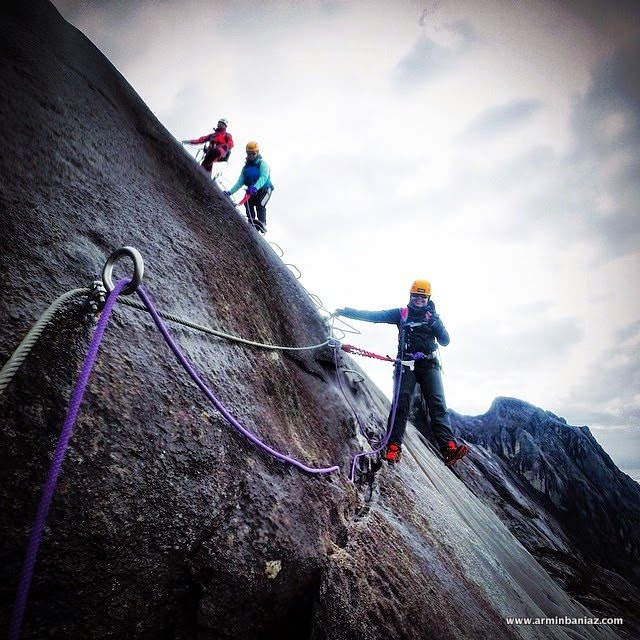 "A month later in May 2014, with a few other bootcampers, we conquered Mount Kinabalu (my second climb). A few of us from the group of Bootcampers opted for the climb via Feratta Low's Peak  circuit route that granted us the Guiness World of Record certificate as it is the highest via Feratta in the world."

"In June, I went diving with COBC Co-Owner Dr Malek Aziz, his wife, Farhanah Bamadhaj whom is one of the tireless and hardworking admin in COBC and a few other bootcampers. That was my first dive with the whaleshark!!". 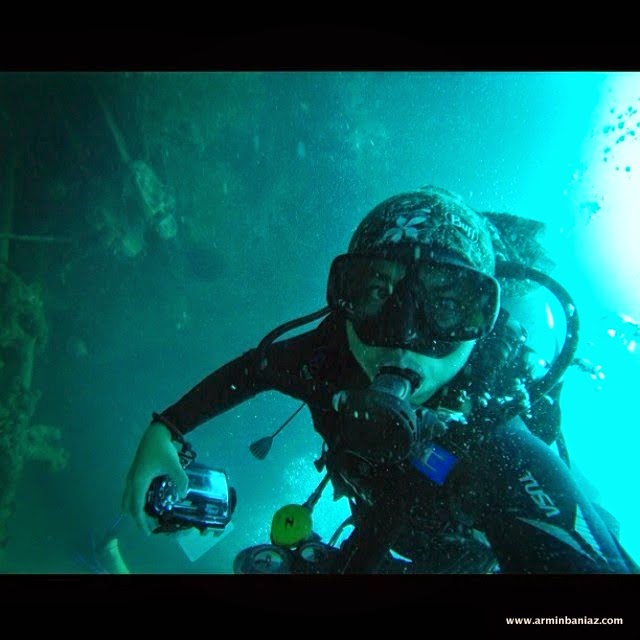 "You can only do these crazy things with the bootcampers. This is why I love the Chief's Original Bootcamp. The people at the bootcamp continuously drive and inspire us. They are forever full of positive energy.. so ya, instead of just one month for a try-out, I am still with the bootcamp and I dare say, I will do it for life.

"Since I joined the Chief's bootcamp, I find myself becoming more energetic and positive and this positive energy flows into my daily life especially at work. I am less stress and is enjoying work and life better. Everyday, I get enough dose of positive energy from my fellow bootcampers to bring it throughout the day." 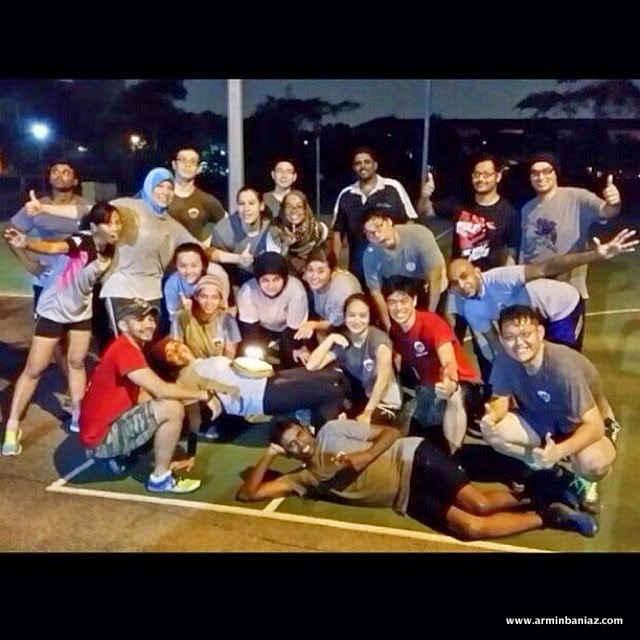 The confidence and energy I gained had given me the strength to move on to a better career. I left Ernst & Young to my new job at Schlumberger and now I am able to have a balance lifestyle. Life is short. We only live once. Beside our submission to Allah swt, I want to go through a good experience in Dunya and live life to the extreme fullest (without forgetting our duties as a Muslim).

"I love everything about the bootcamp. I am not even afraid to eat.. Yes, I love to eat and I can eat confidently knowing I will burn each and every calories at the next bootcamp session. I treasure COBC and all the people there. I am truly blessed with all the friendship and experience gained at COBC. Everything that I belief in life I got it at COBC. Whatever good I give to my COBC family, it was returned multi fold with good spirit. We also share the same purpose in life which is to inspire others and chase every possible and positivity in our daily life and completely avoid any negativity. We never give up in everything we do."

"I do hope my story can inspire and motivate others to pursue your dream and live your life to the fullest. HOOYAH!!" ~Shuhid.