Posted by ARMIN BANIAZ PAHAMIN on June 19, 2011
It was over breakfast on 14 June 2011 when we had this wild idea to raid Dr Malek Aziz's practice in Taman Melawati for his err... 18th Birthday? okay that would be a lie.. its for his 28th birthday! ... No.. Maybe 38th Birthday? ..What?? 48th Birthday??? really....? No?? haa.... serious? 58th birthday!!! Alhamdulillah... We have been too active training like a teenager that we completely belief that we are in our teens!! and completely forgotten our real age.... Of course, I am not 58!! but at 58, Dr Malek Aziz is fitter than most teenager! He is a delta at BU-Alpha platoon, the CHIEF'S ORIGINAL BOOTCAMP.

Dr Malek Aziz is not just a Delta and a Dentist but he is also a father of 5 children? a spouse to Farhanah Bamadhaj and a partner to Armin Baniaz Pahamin, Nawal Aini Zulkifli, Rose Emini Pahamin and Daing Daniel Fitri and a strong team member for Chun Chia Kai, Mohd Azhari, Wan Hazriq, Letch Sina etc

So bearing all that, we called Farhanah Bamadhaj and told her of our wicked plan then we, Nawal Aini Zulkifli, Rose Emini Pahamin and me drove to Dr Malek Aziz's practice at HERE. Upon our arrival, Dr Malek Aziz was busy attending to a patient with root canal or was it crowning? but we had the assistant dentist to call Dr Malek out from surgery room to attend to an 'emergency'. 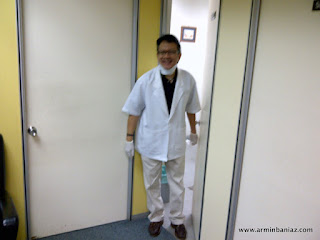 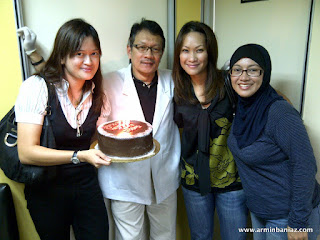 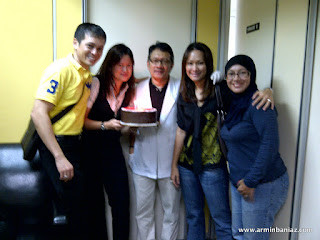 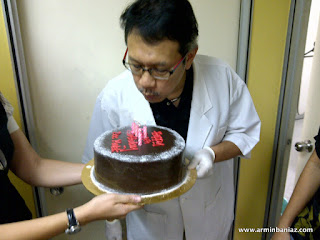 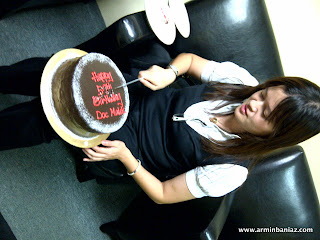 Damn forgot to get Dr Malek Aziz to blow the cake the COBC style on squat hold!!! but no problem
this surprise birthday party was only the start.....
Stay Tune...........!!
HAPPY BIRTHDAY
DR MALEK AZIZ
HOOYAH!!!!
P/s- Read more on Dr Malek Dentist & practice at HERE.