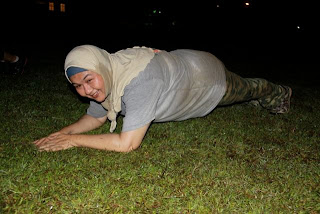 Rosliza Abdul Rahim, a wife and a mother of 5 beautiful children first heard of the bootcamp from Farhanah Bamadhaj and thought Farhanah had lost her mind being a lady in a military inspired bootcamp in July 2009. 6 months later in January 2010, Lizza Abdul Rahim build the courage to join the bootcamp when Farhanah invited. Farhanah wanted to invite Lizza Abdul Rahim earlier but she was reluctant when Dr Malek Aziz thought Lizza would not be able to survive at the bootcamp.... Lizza did not just survived but she has been a consistent recruit for the 18th months now. 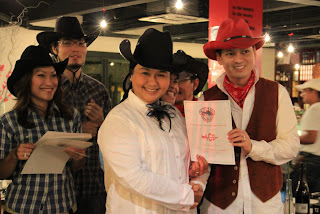 Lizza Abdul Rahim was aspired to join the COBC due to family medical history of hypertension, heart disease and diabetic. Her mother suffered from Hypertension, diabetic and kidney while her father had heart and hypotension. She had to start exercising to maintain her health as well as avoid unwanted genetic diseases. Raising 5 children and caring for a husband with heart problem is challenging but the stress and tense was channeled and sweat out three times a week at the COBC. 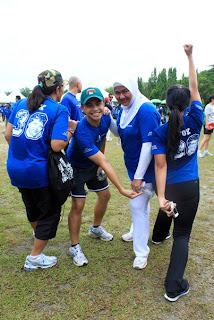 When Lizza Abdul Rahim first joined the bootcamp... she was 98kg with 46% fat percentage. She now barely weight 80kg and her fat percentage was reduced to 31%. Lizza's discipline and commitment at the CHIEF ORIGINAL BOOTCAMP earned her to be shortlisted and appeared in TV3 television "Malaysia Today Program" (MHI-Malaysia Hari Ini) and Channel 9 Prime Time news when the COBC was featured.. Both can be viewed at HERE and HERE.

Beside participating at various running races, Lizza Abdul Rahim would also run for karoeke session and will never run away from good food. Lizza is not just an Otai and a pioneer member at the COBC but she is also a source of inspiration to many others. If Lizza Abdul Rahim can do this, so can you.