WHY DO YOU JOIN THE CHIEF ORIGINAL BOOTCAMP? 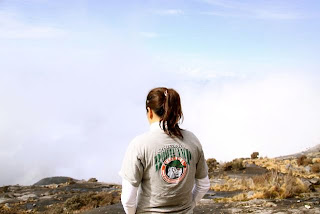 Recently, we at the CHIEF's were proud at Haidar Akma and Noora Ann whom struggled through the bad weather, ignored their body fatique and climbed up to bring the NEW COBC Tee shirt at the highest peak in South East Asia! 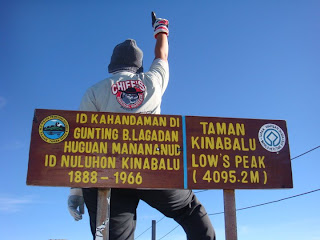 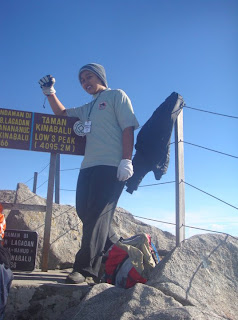 We are as proud too when FREDA LIU wore and arrived at Mt Everest, Kathmandu in the CHIEF'S ORIGINAL BOOTCAMP Tee Shirt. That is an achievement that we at the CHIEF's are so proud. The BFM 89.9 Business Radio Producer FREDA LIU is CHIEF's pioneer member and had only recently came back from the Everest expedition. Although it was not the peak but the COBC spirit had traveled around the globe and our every recruit had in their own way, successfully achieve their dreams and goal. 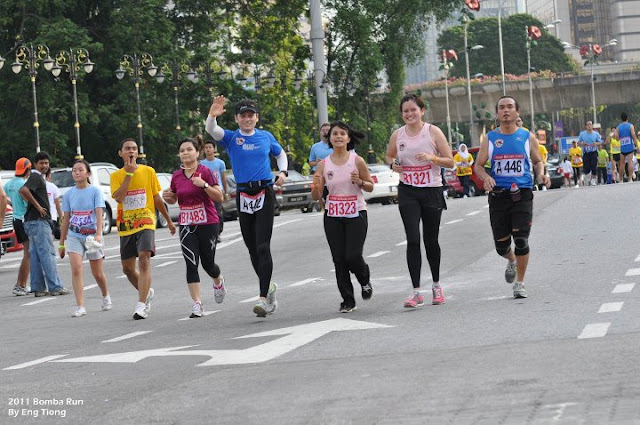 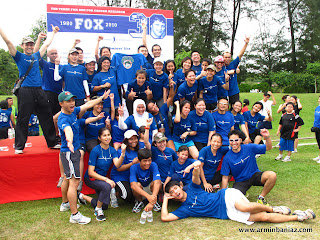 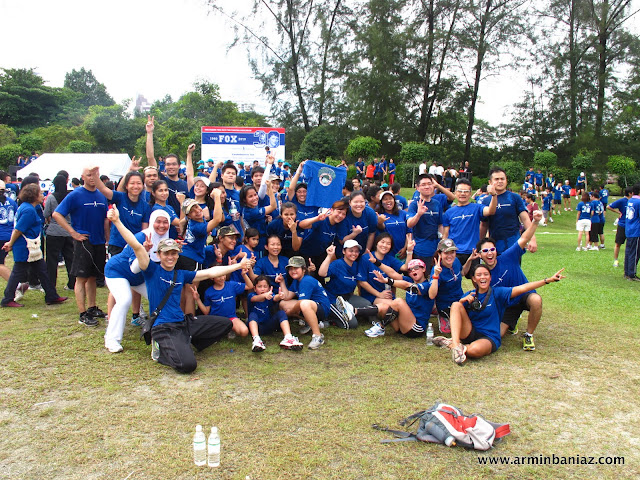 There are also recruit such as Nabil Jeffry whom joined the COBC to maintain his fitness to race as an F1 driver and there is a recruit, Hairi Zaid whom is our national gymnast whom kept himself fit via the COBC and soon to compete at Olympic games (or was it Commonwealth?). There was also Malaysian veteran actor whom joined the COBC to stay firm and young to continue acting such as Azhar Sulaiman and corporate figure that kept himself healthy at the COBC to run his companies such as Azman Dahalan. Recruits attached to the Human Resource department whom kept themselves stress-free to be super healthy and able to entertained all the staff's tantrums such as Shear Ling Toh and Jeremy Lim. Lawyers whom has to maintain their fitness to keep screaming and arguing in court such as Viki Lim, Lilian Lee and Jeffery Wong. Boutique owner whom had to always be 'fashionable stylo' and maintained sexy with the COBC such as Pooi Ching Khiew..... Consultants that have to be mentally and physically active especially if attached to multinationals such as Accenture like recruit Mohamad Fazli. 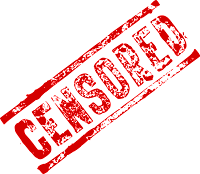 They are also people that joined the COBC because they are getting married and wanted to either look their best or maybe want to be super fit for their 'first night' (Oouch). Couples that has been with COBC with sole intention to get married such as Danny Quest & Ana Aziz and Mohd Amri & Eda Yaacob.

There are some people that join the COBC to socialize and make friends such as Azlan Ramli. There are also people whom joined the COBC purposely to lose weight such as Adibah Mohamad, Lizza Abdul Rahim, Joe Liew (whom was a long-time friend and was aspired at how lean Sarge Dann is now) as well as others.

For whatever reason you have, whatever dream you want to achieve... whatever goal you want to celebrate, lets do it together. Let us motivate each other.

But then, who needs a reason to be fit, to look young and actually feel younger with exhilarating burst of power.... that is what the CHIEF ORIGINAL BOOTCAMP is all about.. Getting the best out of you.