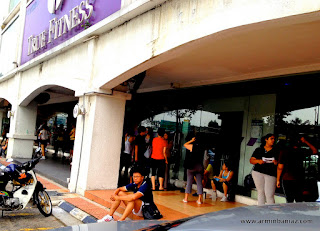 17 November 2012, Desa Sri Hartamas. Members at the Truefitness Club was furious when the morning gym-goer arrived at the club at 8am to discover the gym was locked and was not open. Many of the early riser waited but some had left in frustration. One of the club member that did not want to be named said, one of the staff at the gym called the management at 8am and was assured the person-in-charge would arrived in less than 5minutes to open the club.

When I arrived an hour later at 9am, after the supposedly opening time at 8am (for weekends), the gym was still locked and many had left. 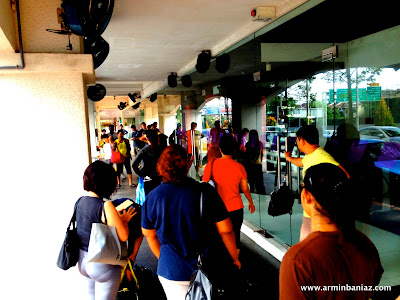 According to its website, the Truefitness gym that was established in Singapore in 2004 with more than 31 centres across 5 countries including Malaysia operated with an opening hour as follows: 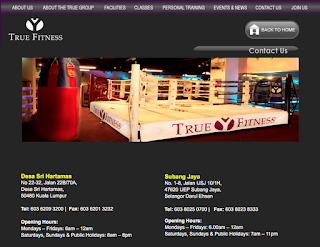 But it was not until 9:15am that the gym was opened. More than 1 hour of waiting on beautiful Saturday. 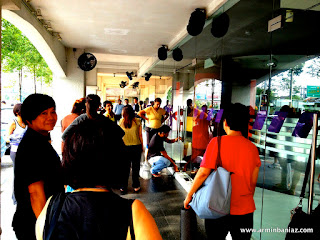 After the gym was opened, many of those that have waited, left 20 minutes later having lost their appetite to workout. It is understandable for a delay of up to 10 minutes from punctuality but a delay of 1 hour and 15 minutes is pushing the limit abit too far? The least the management can do perhaps, is to provide some form of public apology or a 1 month complimentary workout or both.. and a merchandize discount voucher for the VIP Black members whom do not have any monthly fees to pay... what say you?

Beside that, have a good weekend!!