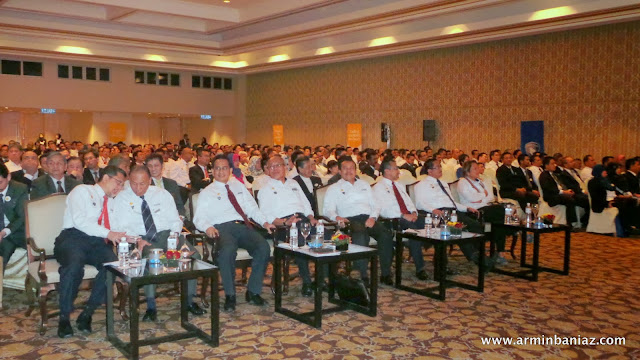 The session that saw almost a 100% attendance with only 2 days notice given, began as early as 8am and was a much needed gathering given the disappointing overall sales in May. When the network expected Tan Sri Khamil to throw some if not many punches for the dismay sales, he remained calm and cool and seemed to understand the predicament we faced. In fact, he addresses various critical issues that is pertinent to the survivability of the network.

We did not know what to expect from the convention especially since it was the first Proton Network convention with Tan Sri Khamil but the man who spoke in fluent and polished english, with good clarity and voice projection left one strong message that only if you are part of the network would you be able to relate and understand. Tan Sri's strong charisma spoke not just in deep passion but with felt emotion. 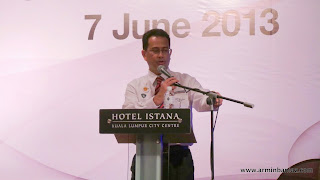 Hisham Othman, the 8th appointed Proton Edar Chief Executive Officer spoke with the same
magnitude of energy. The stern, firm but with a good sense of humor did not just earned him the comfort of Tan Sri Khamil but among the fellow dealers. The avid runner and health cautious CEO's openness in receiving criticism was a default nature of his serious allergy to customer's complain. He welcomes almost everyone to email, sms, whatsapp or even call him direct bypassing his managers if they have any problem.

Of course, alike previous Proton Network convention, the details and content of which is censored and is kept discreet. The Convention ended with a renewed energy and uplifted spirit. There are so much to digest today and to realized the mandate from the Convention, PEDA's diary is fully booked next week with various meetings. Constant and regular engagement is indeed a DRB-Hicom's trait. Until next time...... Stay Tuned.