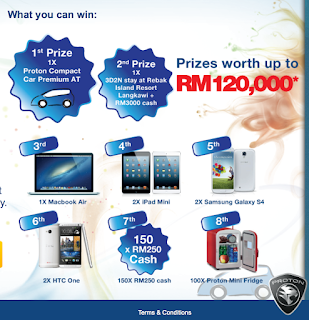 PROTON EDAR launched the naming contest for Proton's latest model (Codename: Proton Emas) tipped to be launched earliest by mid-next year. The car that was first unveiled at the 2010 Geneva Motor Show was designed by an Italian design and engineering company, Italdesign Giugiaro.

The details of the contest is as follows:

Terms & Conditions in a nutshell:
1) Can submit as many names as possible (but separate form
2) Can submit ONLINE at HERE.
3) Submit by POS (must use 60 sen stamp) by printing the form at HERE.
4) The proposed name MUST BE IN MALAY LANGUAGE. 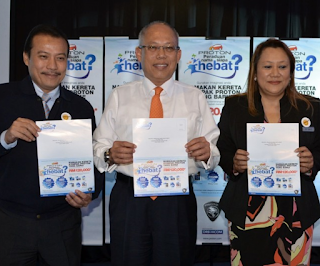 The naming contest is a good approach by Proton to get Malaysians to be apart of the national car. Lunch was prepared after the launching and we had another session of indirect engagement with Tan Sri Khamil whom was very eager to get updates and feedback from Proton grass root. 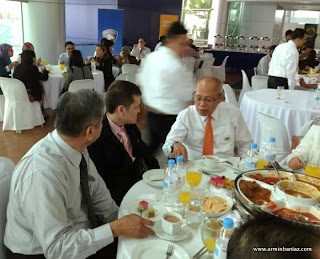 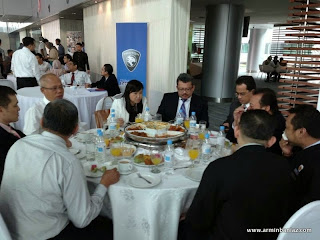 And of course there is no such thing as free lunch... after makan, I was asked to speak to the reporters and the media on the car price reduction. 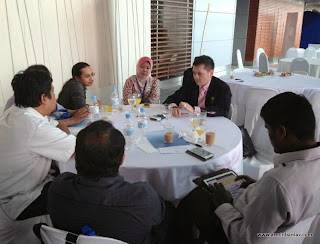 The media asked akin of backbenchers a few good but sensitive questions... What is my view on the government's abolishment of Import tax since 2010 when most car manufacturers such as Toyota and Honda maintained their car prices even after the import tax was abolished? And what if car manufacturer such as Toyota and Honda refused to reduce the car price when and if hypothetically, the excise duty is reduced to bring the car price down.

I have a lot to say but this is a subject for another blog.... Stay Tuned...