PITCHING AT THE SME INNOVATION CHALLENGE 2015 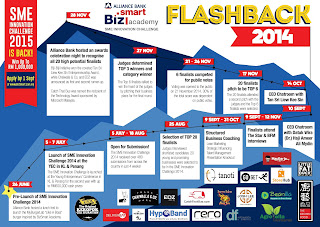 I first heard of the BizSmart Academy SME Innovation Challenge 2015 from Li Lian Khaw whom invited CarBengkel to compete. We submitted our application in early August and was overwhelmed to received a congratulatory email on 11 September, being one of the 40 companies that was shortlisted for the pitching. For more information on SME Innovation Challenge 2015, click HERE. For more information on CarBengkel win~win solution for car owners and the aftersales network, click HERE. 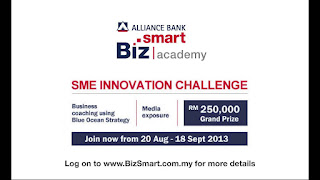 We were given a week to prepare for the pitching scheduled on 18 September 2015 (today!!) at 9:15am slot. Logan and I worked the weekends and the whole week to perfected the pitch deck and I spend the whole 2 days rehearsing to deliver our message in the given 8 minutes timeframe!! Cradle graduates were trained to pitch in 5 minutes and the additional 3 minutes is almost a bonus but I wanted to share so much more of what CarBengkel can do that I needed more than the bonus 3 minutes. After dozens of practicing and rehearsing, I managed to hit the 8 minutes timeframe after censoring and prioritizing alot of slides and pointers.

What is the mechanic of the challenge? 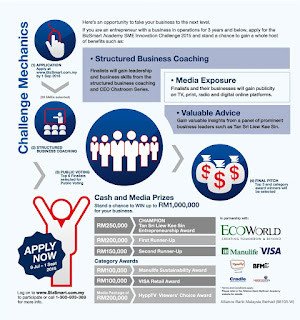 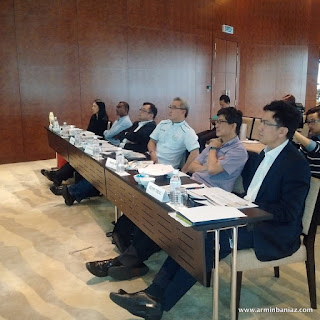 The 40 companies that were shortlisted for the Challenge will have to pitched 6 prominent judges to be shortlisted as the Top 20 finalists. The judges are successful people from various fields. They were Tan Sri Liew Kee Sin whom was the driver behind the success of SP Setia that grew into an internationally-recognised property player with more than 40 projects in 6 countries. Kenny Thing, a former army personnel and a cancer survival (like me) who is the Chief Marketing Officer for Manulife Insurance Berhad. Kenny overseas Product Distribution Management, Product Development, Product Marketing, Customer Centricity & Marketing Intelligence, Projects Implementation as well as Brand, Marketing, Communication & Corporate Event marketing. Malek Ali, the founder of BFM 89.9, Malaysia's only business radio station. BFM 89.9 is Malek's 3rd entrepreneurial endeavors, in a career that centers on bringing new products to market. Victor Khoo, the exective Vice President for Alliance Bank with more than 24 years of extensive experience in banking. He is currently responsible for the strategic direction and overall growth of transaction and SME Banking. Roshan Thiran, the founder of Leaderonomics, the largest social enterprise in Malaysia. He has also held global businesses, consults on change, transformation initiatives and hosts TV and Radio shows. The 6th judge for the event was Hazel Hassan whom oversees the marketing communications and strategic partnership activities at Cradle, a Ministry of Finance agency, an influencer that looks after startups in the techonology and innovation space. She is very active in the startup ecosystem circuit.


Amnan Bazli and I left at 7am anticipating a major traffic jam during the peak hours into the city but the traffic was smooth and we arrived at the Grand Hyatt hotel, Jalan Pinang at 7:45am. It felt like I was participating in a reality TV show. We were the first few to arrive and we met Li Lian Khaw, Johnson, adrianne and a few officials from Alliance Bank whom arrived much earlier than us.

We had coffee at the waiting area and met two of the judges Hazel Hassan and Kenny Thing. Even the judges were an hour ahead of the event start time. These are the key element of success; punctuality. A few minutes later we were introduced to Victor Khor, Amarjeet Kaur- the Executive Vice President and Head, Group Corporate Strategy & Development, Alliance Bank and Wong Sheue Yann, Divisional General Manager EcoWorld Development Group Berhad. A moment later, Tan Sri Liew arrived and joined at our table. Tan Sri looks younger than I expected despite his grey hair. We chatted for a good half an hour before the session began.

After two contestants, it was our pitching time. Unbeknown of what the judges are expecting from us, we entered the hall armed with printed colored brochures, colored presentation slides, strong passion, very confident posture and a positive mindset. 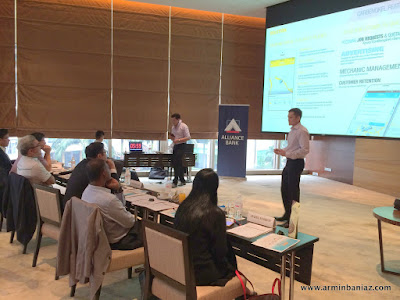 The 8 minutes passesby with a blink and I did it within the timeframe allowed. I was happy that Tan Sri Liew, Kenny, Malek Ali and Victor all asked alot of questions. That gave me even more opportunity to elaborate my passion.

I think I did fairly well though I feel there are still rooms for improvement. The media announcement of those shortlisted to top 20 finalists will be made on 27 September 2015. Until then, please have me in your prayers so that I am shortlisted into the top 20 finalists.

Below were some candid shots at the pitching compliments from Amnan and Johnson. 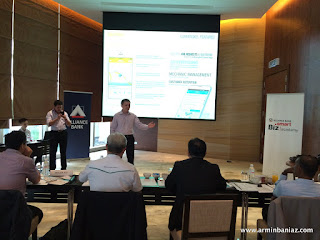 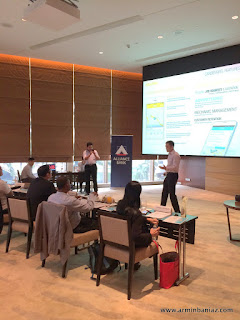 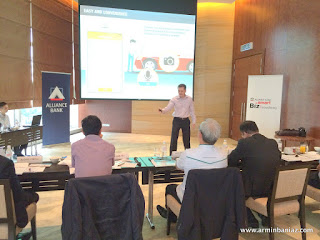 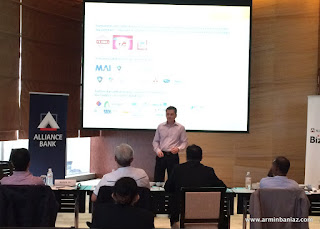 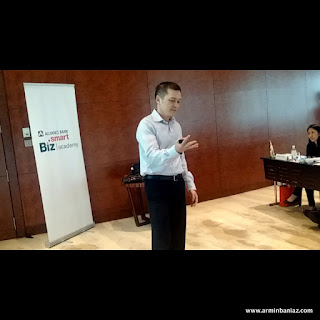 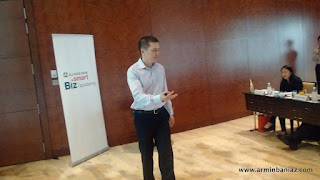 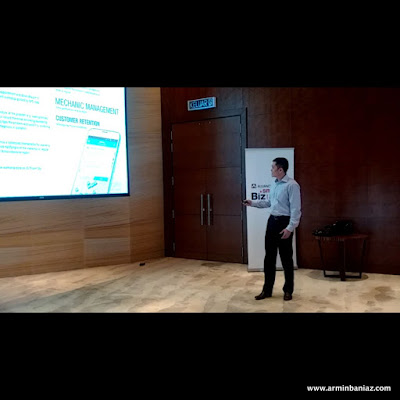 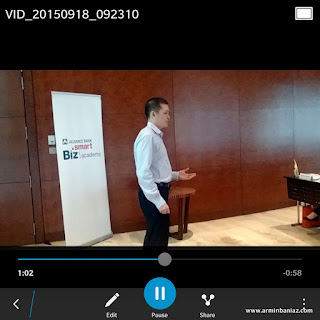 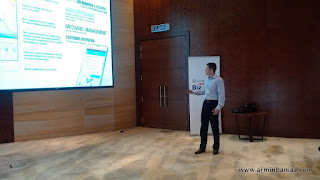 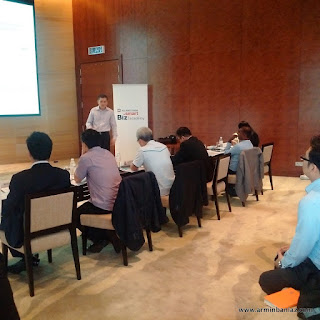