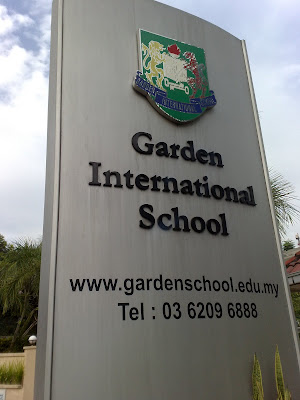 GIS organised the school annual sports day marking the ending of the semester and education year. I attended the Garden International School (GIS) Sports day on 20 May 2009 as part of my new year resolution to be more involved with society :-) I arrived at the GIS early at 7:45am. The traffic entering the school was bad but it was well-managed by the School security guards. . 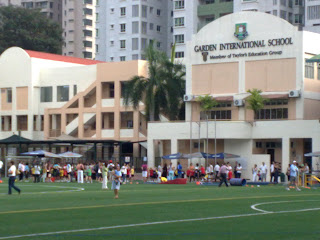 The school was strictly guarded but authorised guests and parent were given a permanent pass that allows them to enter and leave the school compound anytime at their convenient which was in contrast to Sri KDU. Sri KDU restricted ALL visitors and even parent from entering the school compound. At GIS, parents are encourage to be at school. Their guards enforced it strictly ala police and had at times offended many visitors and parent. Security guards, teachers and staff at GIS scored A1 for public relation. Everybody are so friendly and cheerful. I walked to the bistro-like canteen and saw the wide varieties of food choices but i had a plateful of yummilicious hot nasi lemak. 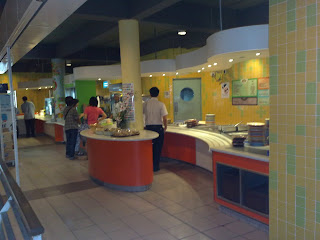 The canteen that broke my no-carbo diet.....

The Sports day began with speech & briefing.. but it was an enjoyable briefing and not one of those boring reminders, reprimands and warnings that usually left guests, parent and students endlessly yawning. The Students, though young, were all so hyper and active impatiently awaited the games prepared for the sports day. The students were divided into 4 teams segregated by different colours, namely blue, red, yellow and green. 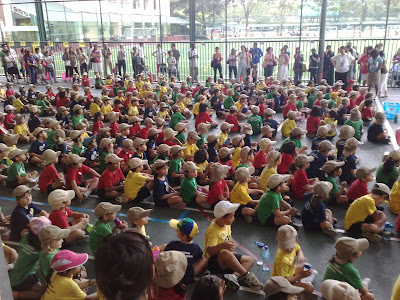 So discipline and well mannered listening to the Sports day briefing

There were 7 games prepared for the carnival and students were further divided into a team of three. 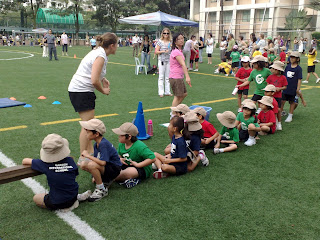 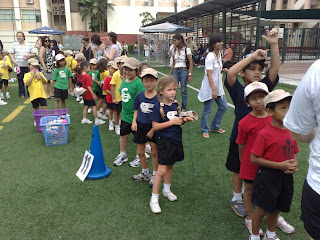 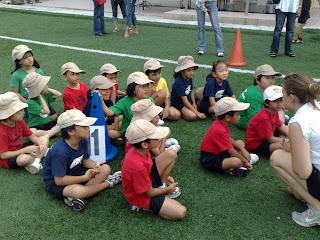 Attending the GIS reminded me of my childhood when i was at 3 different primary schools between standard 1 to standard 6. I was at SRK Sultan Ismail 1 in Kota Bharu, Kelantan from standard 1 to standard 2, SRK Iskandar at Alor Star, Kedah for Standard 3 to Standard 5 and finally studied Standard 6 and completed primary school at SRK Kampung Tunku, Petaling Jaya, Selangor. i did not attend 3 schools because i was kicked-out but i change school when my father was transferred from to various states by the government of Malaysia. The government make full use of my father whom was a loyal civil servants until his service was no longer required as he turned 55, 8 years ago.

I had a great time at all the three different schools but that was primary school.. Secondary school ? teens... was better..!!! i was living life to the fullest. Today's event, being closer to society and going to school functions reminded me to always be young.. :-D Those were the days when recession, inflation or elections meant nothing. It was better than attending Proton and various other functions that were surrounded by OLDER and more serious CIRCLES ahaks.. ;-)