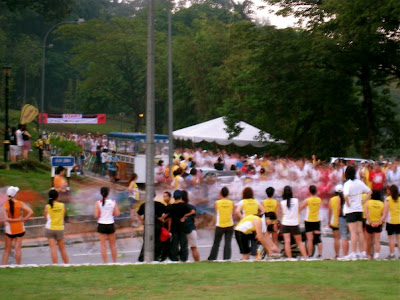 I love the New Balance race. It is the most organised race in all the running events in Malaysia. Everything was well organised... from the timing-chip & record, water stations, marshalls and ambulance... not that i need an ambulance but hey.. once i took part in the Ironman triathlon, Langkawi and the ambulance and police escorted slowly behind me.... and sigh.. i did end up being chauffered driven in the ambulance... collapsed on my 128th km cycle. The New balance race was also known for the best racing vest. The material and design was superb. The vest is even better and prettier than Adidas King of the road vest.


Todays run was... syiiiiok & exhilarating at first. i was enjoying the 'runners high' and woke up at Bukit Tunku... Didnt even know how I got there but was awoke by the killer terrain when i was completely out of breath. The race was all 'hilly' and my heart rate was constant at 168.. My speed was barely 7. On the 3.8th km from start, a whole bunch of ladies steadily and speedily ran passed me. Ladies start time was 15 minutes later than men!!

It was a tough run with the killer terrain from start to end and especially from the lack of training. I would usually blame the organiser, personal trainer, running partner and even blame the weather... for a tough run. but with the best organiser and every running partner's improved timing and a cooling route.. i can only blame ME... for the lack of discipline to train. Will train harder for the next run.. the Klang 21km race on 7 June 2009. 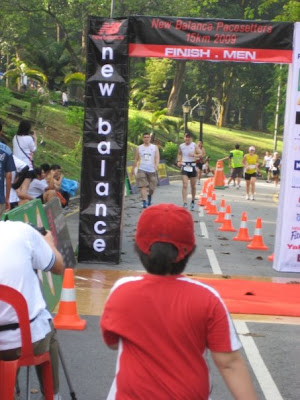 I completed the race in an excruciating 2 hours and 8 minutes and wanted a Nasi Lemak tangling as a reward but had Kanna roti canai instead. 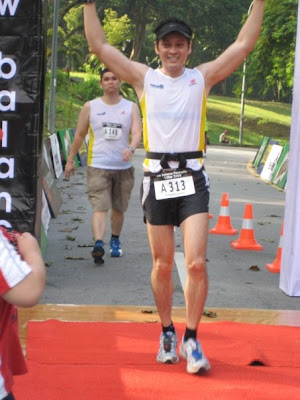 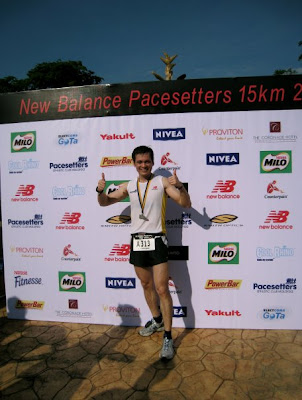