COBC BATTLE OF PLATOONS 2012: THE WARLORDS 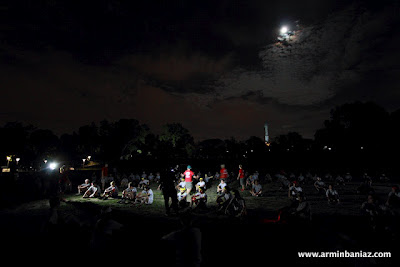 A war-cry was recently issued in conjunction with COBC's 2nd Year Anniversary for the 2nd Battle of Platoons and this year saw a battle between four battalions as follows:


a) The merger of BU Alpha, BU Bravo and BU Dusk platoons as Bandar Utama Spartans.
b) The merger of DH Zulu and DH Charlie as Damansara Heights Highlanders.
c) The merger of USJ1 Charlie, USJ1 Echo  USJ1 Dusk as the Subang jaya Legends.
d) The "United Nation" sort of speak with the coalition of four battalions into one with Ampang, Shah Alam, Cyberjaya and Penang as the Avengers. 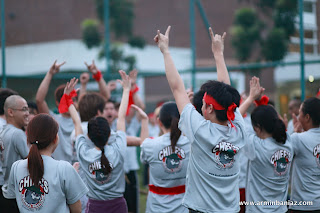 The Battle of Platoons is an annual event that was pre-planned to determine which battalion is the strongest in a friendly, enjoyable and slightly competitive way. 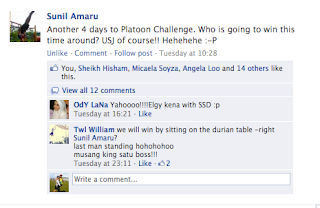 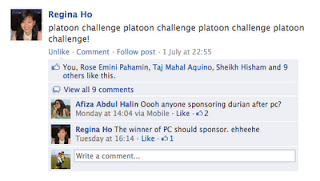 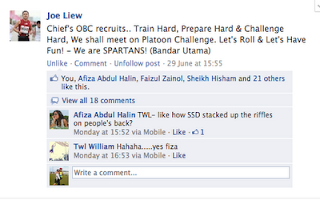 There is no entrance fee but there will be a Donation Box to collect money for the Paralympics which will be determine at a later stage. After the announcement was made,  warlord was selected among and by the recruits within the same platoons and they are:

The Spartans
Joe Liew. For those who did now who Joe Liew is, Click HERE. Joe Liew do not need much of an introduction but for those that do not know him, he is still holding the record for the most voted Spirit of Bootcamp having being voted for more than 4 times. 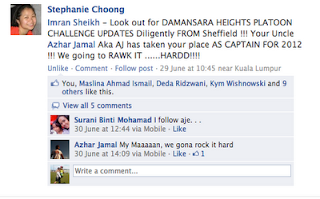 Highlanders
Azhar Jamal. Yes, a member of the legendary Cobra rugby team!! He is also the Uncle to 2011 team Captain Sheikh Imran Iskandar that brought victory to the Highlanders.

Avengers
Mohd Azmir, the chosen recruit to lead the coalition of 4 battalions with the merger of Ampang, Cyberjaya, Shah Alam and Penang into the Avengers.


A quick run through the battle: 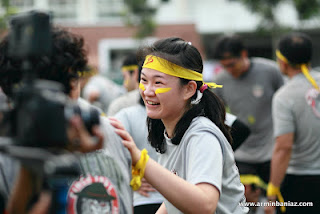 Yes, so that every recruit within the same platoons and within the same battalion as well as from other platoons and other battalions would get the opportunity to get to know each other. This will foster the spirit of camaraderie between recruits from all platoons. The Chief's Original Bootcamp is all about a community that is united by passion.

Thus, various efforts were made (on their own) to reach out to recruits from other platoons in the same battalion... 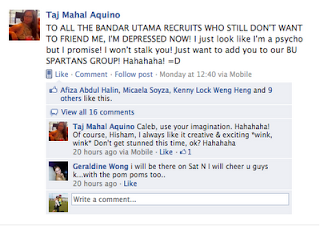 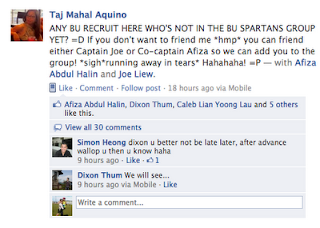 The battle field is at Padang Akademi Pengajian Islam, University Malaya. For direction, click on map below ->>> 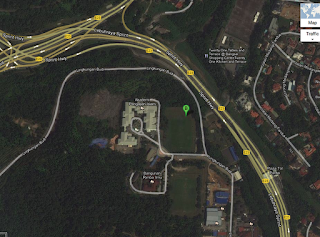 Battle began at 6:30am. To avoid being late, we recommend that the Captain have a convoy to ensure everyone arrived before the starting point. The University Malaya Security Guards have been informed and they will be expecting us. Time we are allowed to enter is at 5:30am!!

Is there a Surau and sufficient parking?

Yes, there is!! The Surau and parking is just next to the field which is our Meeting Point!

What are the Captain's and team's responsibility?

1. Among the recruits chose and assign 1 Team Captain, 1 Section Head for Seal and 1 Section Head for Rangers
2. Everyone MUST be in COBC grey T and running shoes/ vibram.
3. A minimum of 50 recruits per Batallion, there will be no maximum but some weightage will be given for battalions with the most number of participants. Remember the objective?!
4. Additional weightage will also be given for team with the best Cheerleaders... err I mean with the most number of supporters.
5.Disclose any injuries to the Instructors.
6. Declare confirm number of participants by Friday evening.
7. MUST participate all the challenges EXCEPT for specific injury that will affects the recruit condition.
8. Coordinate, Guide, Motivate and inspire each other especially each and everyone of your own team members
9. Make sure all your team members enter University Malaya from 530am onwards but before 6:30am. Battle began punctual at 6:30am. Any late comers will be converted to Cheerleader


What are the Rules of Engagement to observe?

1) Discipline & Punctuality (Example: no talking while instructors/Captain/Section Head is giving instruction, be there on time, Uniform, ranking etc)

3) Peace!! No noise. We do not want to disturb the neighborhood.

5) TEAM-WORK. At COBC, we never leave any team members behind. All team members MUST be within maximum 3 steps away from each other.

Any breach of these rule is tantamount to punishment. Punishment will be a surprise stationary workout.


What are the Instructors responsibility? 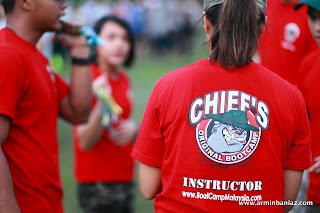 Unlike our regular sessions while training, during battle, instructors do not guide, motivate or direct.They only:

How is the Point System calculated? 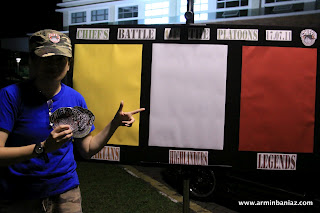 The War will comprised of three (3) battles.

PART 2: BATTLE OF SECTIONS
Synopsis: Delta Versus Delta, Seal Versus Seal and Ranger Versus Ranger

to whichever battalion that wins. 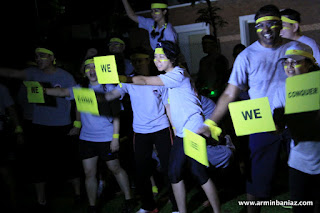 There will also be a special award for the team with the best war cry, best team decoration, Spirit and energy. Weightage will also be given for team with the most number of recruit. We want minimum 50 recruits but if you get more, you get more weightage. The judges for this award will be the   vote from instructors and admins! Last year Champion for the most stylo, hyper and best spirit was the Spartans!! 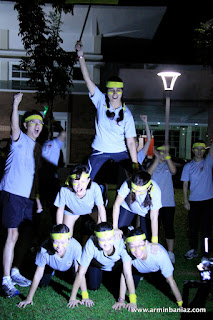 Special Mystery Gift too will be given to individual that gave the best "motivational & inspiring words" for the Battle of Platoons on their Facebook Status. We are Skodeng you on Facebook.

Last but not least, may the force be with you... lets have fun and lets Rawk and Roar!!!!!