Posted by ARMIN BANIAZ PAHAMIN on January 18, 2013
Did you know that Malaysian is the fattest country in the South East Asia? According to a statistics from the National Health and Morbidity Surveys, 15.1% of Malaysians aged 18 and above were suffering from obesity as of 2011 which is a 14% increase as compared to the same demographic in 2006. It was also reported that over 2.6 million adults were obese while over 477,000 children below the age of 18 years were overweight. Malaysia Minister of Health Dato Seri Liow Tiong Lai said, Malaysia are outweighing our Asean neighbors and number 6 (fattest) in the whole of Asia - behind some middle eastern countries. Nicholas Cheng from the Star newspaper has the full report at HERE.

As part of our corporate social responsibility to overcome this Fat Malaysia crisis, we co-sponsor the Malakoff Race series including the forthcoming Malakoff Penang 17km run on 17th March 2013.


If you are part of the statistics... Please take the first step to reduce the obesity and non-communicable diseases (such as diabetic, cancer, cardiovascular problems etc) statistics by enrolling at the Chief's Original Bootcamp, Malaysia now. For best, promotion read HERE. Otherwise, a simple morning or evening walk/jog around the neighborhood is better than nothing... Hooyah!! 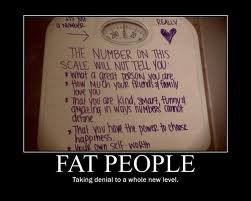