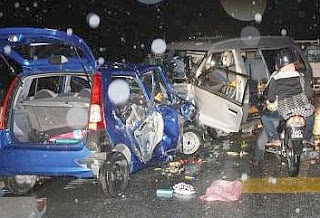 
Well.. It would have if it was made to go through the crash test but instead, it was given an exemption from compliance by our Ministry of Transport.

On 7 December 2011, the Global New Car Assessment Programme (GNCAP) and the Malaysian Institute of Road Safety Research (MIROS) signed a collaborative MOU to establish a pilot project for an ASEAN (Association of Southeast Asian Nation) New Car Assessment Program (NCAP). The objective of the program was to elevate motor vehicle safety standards in the ASEAN region and encourage a market for safer vehicles. (Source: FIA).