UP CLOSE AND PERSONAL WITH FOONG KOK SENG 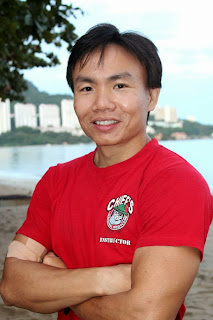 FOONG KOK SENG or more popularly called Corporal Foong at the Chief's Original Bootcamp, Malaysia is known for his passion in coaching. The 30 years old 'Men Artistic Gymnastic Coach' at the National Sports Council since 2003 holds a Diploma in Coaching and International Gymnastic Coaching from PPJSKM. Foong Kok Seng has been coaching for 10 years and is currently one of Chief's platoon commander for Penang at the Chief's Original Bootcamp, Malaysia.


At the National Sports Institute and as the Men Artistic Gymnastic Coach, Foong specializes in coaching Penang Sukan Malaysia (SUKMA or Malaysia Games) team of representatives. He ensures that all the team member are well versed with SUKMA rules and regulation to attained the highest point from the judges. Foong also participate in new projects, development, talent identification and training the elite gymnast. Foong is also a trouble shooter for outstanding issues and regularly traveled to outstation to other centres and in rotating routine. While training, Foong is also responsible in increasing the level of intensity for gymnast and is also incharge for the maintenance of the gymnasium. 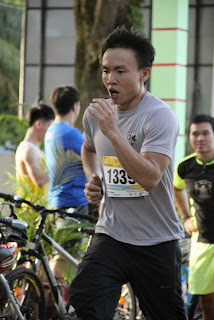 The well decorated Foong is a successful participants of SUKMA for 10 years from 2000 to 2010 in aerobic and acrobatic as a team member, manager and also as a coach. He was trained as a Sports Rhythmic Gymnastic for a year from 2002 to 2003 at the University Kokushikan in Tokyo, Japan.


As a competitive gymnast, Foong has collected a total of 3 Gold, 1 Silver and 2 Bronze at the prestigious and most prominent all Japan 56th Open Championship  in Saitaman, Japan in 2003. In 2005, Foong as a Coach & Team manager led a team to participated in the 58th All Japan Championship in Kobe, Japan and brought back 1 silver in individual event and 2nd placing for team event. Foong also won 1 silver and 1 bronze in Negeri Sembilan Sukma 2004. He won 1 gold, 2 silver & 3 bronze in Kedah Sukma 2006.
In 2008, the gymnast under Foong's coaching won 2 Silver and 5 bronze in Terengganu Sukma and 5 gold, 6 silver and 5 bronze in MSSM 2008.

Foong had passed and obtained his judging license in Sport Men’s Rhythmic Gymnastic in 2005. He obtained his Diploma in Coaching and International Gymnastic Coaching in 2006. He passed his Sports Science Level 1 in 2004 and in the same year, he attended the Upgrading Coaching skill in Kunming, China during the 2004 Sukma Negeri Sembilan. 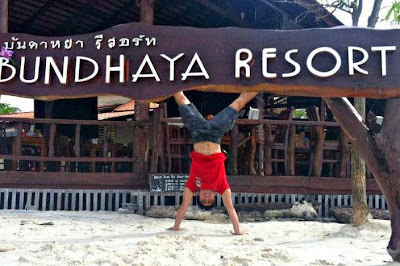 Foong graduated from his Specific Gymnastic Level 1 in 2007, Sports Science Level 2 in 2007 and in 2009, obtained his Cheerleading coaching course level 1 in Kuala Lumpur. He passed the Certificate in International Gymnastics Coaching course in University Leipzig, Germany in 2009 which includes the subject theory of training, medicine, pedagogy, psychology, strengthening and massage.

In 2011, Foong obtained his Sports Science Level 3 in 2011 and passed the Sport Specific Artistic Gymnastics course.

Foong was nominated as the Best Coach for three consecutive years in 2004, 2005 and 2006 in Penang.
Foong is a strong, enthusiastic and passionate team member at the Chief's Original Bootcamp Malaysia.