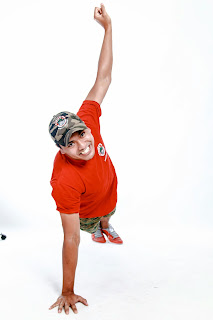 Mohd Azmir Zanul Abdin or fondly known as Corporal Azmir by the bootcamp fraternity does not need much introduction. He has made a name for himself with his strong passion and enthusiasm in fitness and health. When he first heard of the Chief's Original Bootcamp (COBC) almost 3 years ago in January 2011, he quickly enrolled and upon completing the first session, he immediately approach COBC Admin Farhanah Bamadhaj to ask if he can qualify to be a COBC instructor. Such was his target and aim which he achieved in November 2012.

The confident young father is an engineer by profession and is attached to Malakoff Corporation Berhad. He graduated with a 2nd class upper, Bachelor of Engineering honors degree specializing in Chemical and Process Engineering from University of Canterbury (New Zealand) (BEng (Hon) (NZ)). Azmir is expected to obtained his Masters in Science (MSc) Process Plant Management from the University Technology Malaysia in 2014.

An enthusiastic self starter, Azmir has always been active in sports. In 2009, he represented theUniversity of Canterbury for New Zealand University Games. He has represented NS Wanderers Rugby Club for various tournament since 2002 and is still representing the club todate. In 2005, he represented Malaysia for Inter-Varsity Rugby Tournament and played for Negeri Sembilan Rugby team for SUKMA in 2004. In 2003, he represented Kuala Lumpur in Athletics & Rugby.


Azmir is an avid runner and have raced two full marathons and countless of shorter distant races. He is married to a beautiful and passionate bootcamper Aida Munirah Azmi, a cancer survivor and also a marathoner, they both became a strong advocacy for health and fitness. 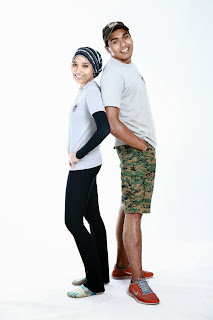 Azmir has collected various awards and achievements  as follows: 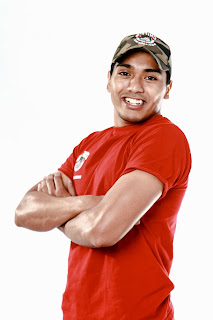 
Azmir also hold a level 1, Certified Military Fitness Specialist by Chief Brabon, Original Bootcamp, Australia and is currently understudy to obtain and become a Certified Sports and Conditioning Specialist (cscs). A born leader and a good command in communication skill, Azmir is the Chief's Platoon Commander for Ampang COBC Platoon.