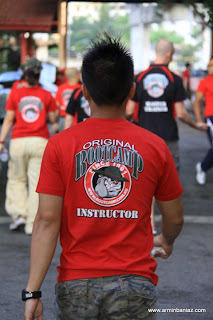 As the licensee for the ORIGINAL BOOTCAMP, I would like to extend our heartiest gratitude for the passion, enthusiasm and commitment displayed by all instructors and team members. 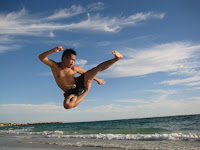 In particular, to Daing Daniel Fitri or popularly known as Sarge Dann, the lead instructor cum platoon commander. Chun Chia Kai or officially known as Corporal Chun for the undivided support to OBC-BU & me. Corporal Chun too represented OBC-BU and Malaysia in running the 2,500th year marathon anniversary at the Marathon birth place in Athens in October 2010. Corporal Jasper whom quickly became the back bone of OBC-BU with his extra energy, and last but not least Nawal Aini Zulkifli or fondly known as Corporal Nawal whom raised the standard of female instructor to a different level. Corporal Nawal too represented OBC-BU to run the Melbourne Marathon and gained her Personal Best completing the 42.195km in 4 hours 36 minutes. From a reluctant Delta, she had excel well as an instructor beyond expectation. There is no better way to instruct a customer than the owner herself. Instructing recruits at OBC-BU is never a career but instead its a deep passion and enthusiasm. The reward was never the pay but the result, achievement and compliment from satisfied recruits.


These instructors energy & passion quickly became the standard benchmark and core quality for outdoor group personal training instructors. In addition to these core instructors, I am also pleased to welcome 6 other instructors whom has been secretly under training, probation and awaiting assessment and confirmation to wear the exclusive Red Tshirt. For list of existing instructors of OBC-BU, click HERE. 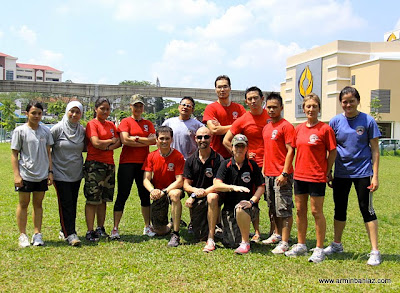 Sarge Dann and these core instructors, the OBC-BU team, Dr Malek Aziz and ME is coming to SUBANG JAYA to start the SJ-ALPHA PLATOON starting from 23 NOVEMBER 2010.

The ORIGINAL BOOTCAMP @ MPSJ 3K Community Centre has been relocated to LAMAN SUKAN MPSJ, Subang Permai, USJ 1 Subang Jaya. The NEW LOCATION is as follows (The training area is the FIELD LOCATED on the right-side of the road-name (in the map) JALAN SUBANG PERMAI:

Registration for OBC-BU @ SUBANG JAYA is also open for the December intake that starts on 23 November 2010. Click HERE to register or call 017-3795988 for further information.

Recruits at OBC-BU are welcome to train at OBC-BU@Subang Jaya either to replace their missed-session and be an 'ACE' or simply to be 'kiasu'.... Me & a few of us, will be training 6 days a week starting from next week..

Train only with the best.... 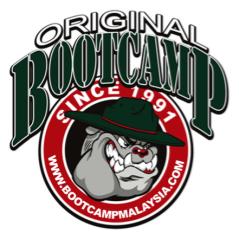