IS PROTON A 'MALAYSIAN' CAR? 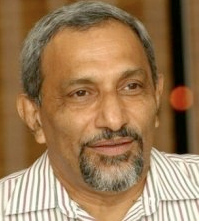 I read this article with the above title "Is PROTON a Malaysian car?" at Lim Kit Siang's blog. The article was written by KJ JOHN and was first published on Malaysiakini.com on 30 August 2011 and re-posted on Lim Kit Siang's blog on 6 September 2011. KJ JOHN was in public service for 29 years and is now the dean of the Faculty of Economics and Policy Science at UCSI University, Malaysia.

Being in PROTON eco-system, I know for a fact, Bumiputra or melayu or any ethnic vendor or dealer that does not perform, even if they are connected to any prominent figure, they will, they are and they have been terminated!! Infact, the recent few years of vendors and dealers termination, were mostly bumiputera & melayu... irrespective of that being good or bad, but that is a fact. Appointment of vendors and dealers are now based on merits. Bumiputera and melayu percentages have shrunk below the majority!

We need to move on, let bygones be bygones. Whether the old folks tale is true other otherwise, it is not what PROTON is now. Let us not be the taxi-driver and live in the past and unbeknown of the present...  it is understood if it comes from a taxi driver :-D