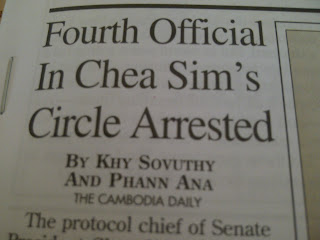 Four top officials in Cambodia Senate President Samdech Akka Moha Thomak Pothisal Cheasim inner circle was arrested and reference was made to my blog in the Cambodia Daily (see picture below).

My picture with the Senate President Samdech Akka Moha Thomak Pothisal Chea Sim too was published in the Cambodia english media. Further to that, a few emails was send by James Welsh, the Managing Editor of the Cambodia Daily which I am not at liberty to reply to avoid any misunderstanding, misrepresentation and/or to avoid interfering with an ongoing investigation. 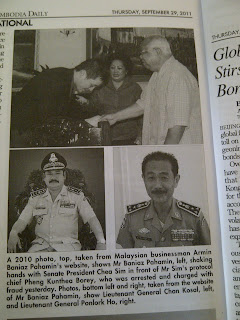 However, pursuant to various communication with the Cambodia Senate officials, we were confirmed that  the four Top Senior Officials arrested WERE NOT arrested for any investment involving our company and we are not aware nor are we the Malaysian company that had invested the USD$500million in the alleged scandal. 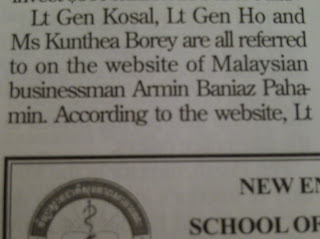 To further clarify the few adhoc questions asked by the Cambodia Daily Managing Editor, Lt. Gen Ponlork Ho the Advisor to Senate President with the rank of Secretary of State, is only a personal friend that we met in the course of our many visitation to Cambodia. We DO NOT have any business relationship with Lt General Ponlork Ho and our relation is purely on friendship basis. I only knew Johari Hj Mahadi @ Mio Dino as the Personal Assistant to Lt. General Chan Kosal.

That is all that I can comment to avoid interfering with the Cambodian military police investigation. This statement is made to avoid being misquoted and/or mis-represented given various references were made to this blog. This blog too never/does not displayed/published any projects with the Royal Kingdom of Cambodia government. As advised, further questions should be addressed to our Malaysian Embassy in Cambodia. 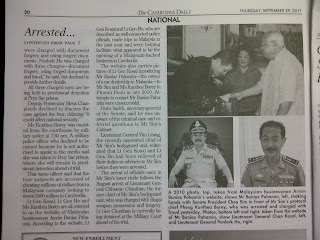 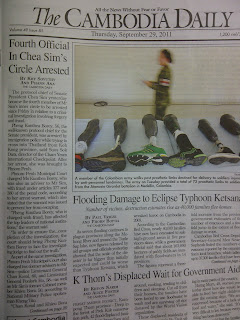