UP CLOSE AND PERSONAL WITH POH OW EE. 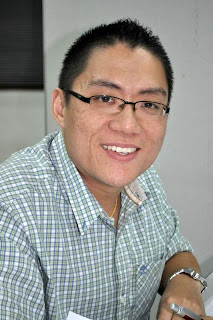 Young professional Poh Ow Ee had no complain living in the fast lane with endless food, dining and entertainment. This is part and parcel of having a career in marketing where dining out and food is an instrument to foster closer relationship with his clients and customers. A default consequence from such a lifestyle was the tremendous weight gain. 30 years old Poh, constantly battles with weight gain and he knew he had to take a drastic action to exercise when he was stuck being over weight with a waist size 36" from 32" even when he cut his food intake. No matter how little he ate, Poh's pants and cloth became tight after he had replaced his wardrobe twice.

Poh took the first step by quickly signed and enrol at the Chief's Original Bootcamp, Malaysia at Damansara Heights after a quick browse through its website at www.cobc.biz. Poh first heard of COBC from a colleague whom was so into the program that she changed her lifestyle from a night owl to a discipline early nighter to attend the program. Since then, the COBC was stuck in Poh's mind. 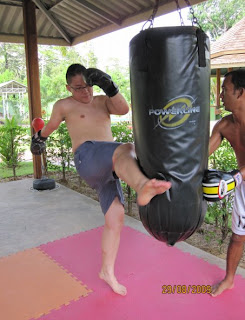 Poh did not know what to expect when he first join the COBC but he knew the late night work, dining and entertainment is taking a toll on his health. Poh also knew the only way he could force himself to take charge of his health is via an outdoor, group military workout. During school, Poh was an active member of St John's ambulance and a member of the Fire Fighting Squad. This two uniform bodies require a compulsory fit physical fitness and training were conducted on a football field. The thought of a military training at COBC brought him back into teenage hood. The Gym was never in Poh's list of workout wannabes having being confined in air-condition cold environment at work for 8-10 hours in a day. Poh wanted an outdoor to workout and sweat out from his hectic air-condition environment. Nonetheless, according to Poh, there were too many stories of people attending Gym to socialize instead of workout. "Motivation at the Gym too is short lived and I knew for certain, working out at the gym will be a failure to me", said Poh. 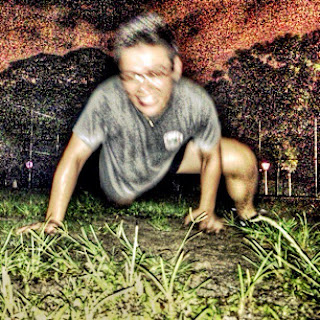 Being excited to attend the first session, Poh hydrated himself well as adviced and left his office very early, an hour before the Damansara Height Zulu session was scheduled to commenced although it was only a 15 minutes drive from his office to base camp. Poh was so unfit, he suffered a blackout and had to step aside a few times and rest during training on his first session. Poh was weak and was in bad shape from the unhealthy lifestyle he was living. Recollecting the first moment when he became a bootcamper, the pain from the training was not as bad as the hell aka DOMS (delayed onset muscle soreness) that he suffered a day after his first session. Poh could not get out of bed. Poh felt as if his each and every limbs were falling apart. He could not walk straight and could not even go to toilet. Although the temptation to quit was screaming outloud but Poh was determine to get the most out of the money he paid. Poh attended the second session on Wednesday and it was the benchmark assessment. Poh was intimidated by the Delta (the strongest ranking at COBC). Poh was far behind the Delta and was convinced, he will be among the strongest and alongside them one fine day. From that day onwards, there was no turning back.

From the Damansara Heights Zulu evening sesssion, Poh took advantage of the bootcamp-buffet privileges extended to all MC12 members and came for Bandar Utama Alpha (BUA). Poh met even more great people at BUA such as Rienna Choo (who does not know Rienna Choo), Armin Baniaz Pahamin (thats me!!!), Janis Lim, Andy Wong, Mohamad Fazli and many more. These people were so friendly and caring that a strong bond was immediately established among fellow recruits. Poh frequented BUA and BUA then became Poh's daily routine. The cheering, shout-out and the exhilarating energy among the fellow recruits and instructors became the major push-factor. Although the pain never became friendly but the pain was a signal that we are still alive and is giving in all our effort, claimed Poh who is one of the most talked about recruit at Bandar Utama Alpha. 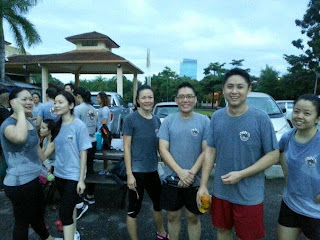 In 2013, Poh's wife Penny became a Chief's bootcamper after attending the Try-Out session. Poh became a walking testimony when his progress and outlook had impressed his other half. Penny Lee Sook Ping saw the changes in her husband. Poh was having so much fun working out that he never actually realized his physical changes except for a looser pants and shirt. When Poh had to replaced his whole wardrobe with a new cloth and pants, Poh was overwhelmed. The feeling of achievement was wonderful. Poh had achieved what seems to be an impossible task.

Poh's life took another turn after the physical transformation. To have his wife Penny with him while training, was everything that he wanted. COBC became their moment together and they look forward to be together at every single session. Penny's fitness and health is improving day by day from trying to catch up with Poh. "There is nothing better than to have a common interest and everytime we share our moments at COBC, we will always end up smiling and laughing", shared Poh. Poh continued, "COBC had really transformed us and our life. It provide us the opportunity for a better lifestyle, to enhance and better transform our health and fitness. 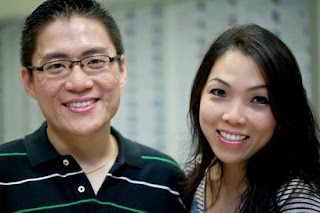 "Now we became more aware of our diet, drink more water, rest early and have a more positive mindset in dealing with everyday challenges as if we are completing every session at COBC. We learn to be more supportive, inspiration and motivating our friends and family.", said Poh in confident.

"I even gave up drinking which was the best decision in my life!! NO!!.. To stop drinking was the second best. The best decision is to be a part of COBC!! HOOYAH", cried Poh, who is now a TOP DELTA alongside Malaysia 8WC-2012 Champion Rienna Choo at Bandar Utama Alpha.

"I would do COBC Bootcamp as long as I can", ended Poh.