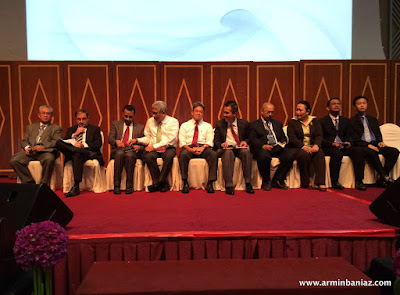 Dato Ahmad Fuaad Kenali leading his team for a dialogue and Q&A forum with the dealers.
These has been missing over the past many years.


23 April 2016. PUTRAJAYA INTERNATIONAL CONVENTION CENTRE. PROTON EDAR held its annual dealers convention for all its 4S / 3S / 1S + 2S dealers nationwide including Sabah and Sarawak. The registration starts as early as 730am. At 830am Dato Ahmad Fuaad Kenali, Dato Radzaif Mohamed, Rohimee Shafei, the board of directors and Proton Edar management was at the door to greet and welcome all the dealers into the hall.

The conference started at 845am sharp, have to give it a thumbs up for event punctuality. The Emcee took the floor and we started with a doa selamat followed by a welcoming speech by Rohimee Shafei, the new Proton Edar Chief Executive Officer. After Rohimee's speech, the much awaited Dato Fuaad Proton Holding Chief Executive Officer began his speech.

Dato Ahmad Fuaad's speech was well structured, organised and eloquently delivered portraying his professionalism and a person of details. He put a good word for YABhg Tun Dr Mahathir thanking Tun for all his contributions and and his appreciation for former Proton Edar Chief Executive Officer Norzahid Zahudi. Most importantly, he acknowledges and assured PEDA's issues and requests will be accommodated and plead for all dealers to be united and champion a common goal. This was the second engagement we had with Dato Ahmad Fuaad. The first engagement was barely two weeks ago and he did leave quite a good impression. We know we are in good hands.

The dealers conference took the whole day from 8am and ends at 10pm. Part of the program was the viewing of the new Perdana, Persona and Proton Saga. I fell in love with all the cars. Have it my way, I would want to own all of it. These new models were built to be faster in 0-100 acceleration, cheaper cost of ownership in term of both fuel consumption and pricing and last but not least a more awesome design.

The new Perdana is far from the retired Honda Accord. It was tuned by Lotus and shaped like a Jaguar.

The second most inspiring presentation was from Abdul Rashid Musa, Proton Chief Technical Officer. I truly belief he was made to be a salesman more than technician. He sells far better than most top management in Proton Edar (no reference to anyone). We learn alot on Proton engineering safety feature which if properly scrutinized, echoed Dato Sri Mustapa Mohamad's statement in Parliament that Proton is equivalent if not more superior than BMW (of the same category in term of safety and in-car technology). This is a story for another blog.

There were dealers that attended the conference today as a final call to weigh and consider if they are surrendering their dealership or will continue to fight for Proton. Gladly, after the conference, almost all unanimously and strong stood for Proton. Of course there are issues to iron out but we believe the new management is sensitive on those issues.

The cover picture shows Dato Ahmad Fuaad Kenali leading the new management (and newly appointed heads of departments), although only a few weeks in office, bravely seated for a grilling sessions by the dealers. This has never been done in the past. For many years, the Q&A and dialogue forum was completely taken off agenda and the dealers conference became a one way conversation. Again, two thumbs up to Dato Ahmad Fuaad and team.

Last but not least, there was only 1 strong message during the conference echoed by all presenters and the message was Reformasi!! Reformasi or changes began with us. All the bad and negative perception will only fade when the network is united and every dealer must take the time to reflect, ponder and change. 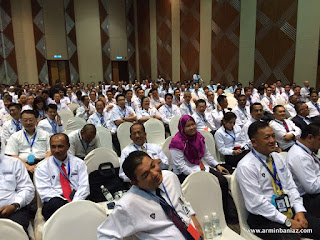 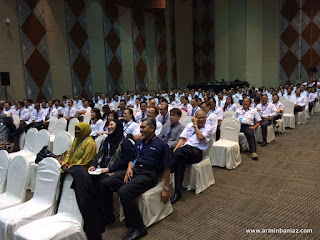 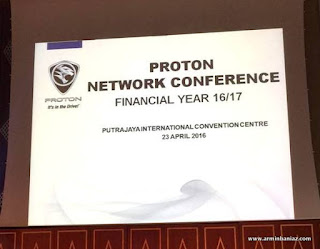 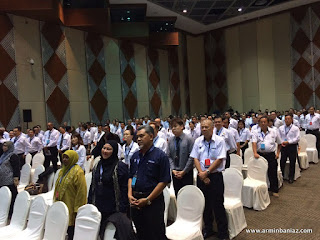 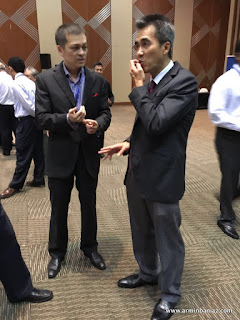 Catching up on certain issues with Rohimee, PESB CEO 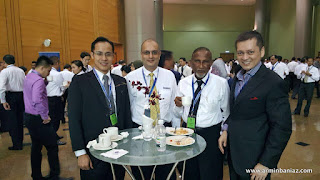 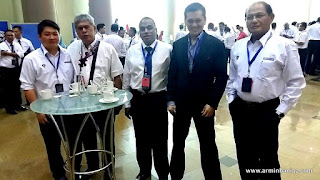