SHOULD THE GOVERNMENT BAIL OUT PROTON? 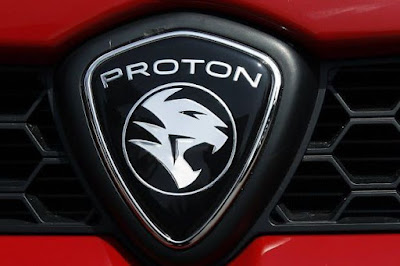 We have seen various policies that destroys the dealers network and policies that really improved our total sales. Unfortunately, everytime a new CEO was appointed, we have to start the same bad and the good policies all over again. Ironically, arrogance and ego took the best of any newly appointed. Despite the promises made by Tan Sri Khamil Jamil when DRB-Hicom first bought over Proton, to be dealercentric, in reality Proton & PESB Management took the dealers network (except for a few favorite dealers with special treatment), akin of a thorn in a bed of roses. With plummeting sales (up to the point where dealers can hardly break even), stricter parameters were introduced restricting further dealers whom are hungry for business, to do sales.

Personally, I don't think DRB-Hicom management style works at Proton. There is no empowerment and decisions took longer than in the past. Reaction and responses to market sentiment is poor and do not get me started on the production deliverables of cars to be delivered to Proton car buyer. The mismatching of customers order to manufacturing production worsens on the backdrop of non-availability of cars for the dealers to sell. The communication channel from top management to the middle management and to the dealers were distorted. Whatever that was resolved and discussed between PEDA and top management was not properly minuted and communicated to middle management as well as the dealers network. With an already over congested dealers network, the addition of 29 Suzuki dealers adds on alot more burden.
Relationship between PESB management and PEDA whom represents the dealers network distanced further and further that in February last 2 months, we seek an audience with Tun Dr Mahathir Mohamad, Proton Executive Chairman.

Tun Dr Mahathir Mohamad seems to be the only passionate driver in Proton. His passion, vision and determination to ensure the success of Proton is exemplary. Tun Mahathir's resignation is a great lost to Proton. Most of senior executives in Proton and PESB are there for their own survivability and not with the same passion as Tun Mahathir and the dealers (whom had exhausted their life time savings struggling to stay with the eco system). The dealers whom are capitalist have all surrendered their dealership because there is not much money to be made during this trying time. What is left, are those hard core dealers whom truly believes in and will die with Proton.

The government should provide the grant to Proton with Tun Mahathir driving the national car. Any grant extended to Proton with Senior Executives on contract running it, will suffer the same fate as in the past. Proton needs a driver as passionate as Tun Mahathir, and a leader such as Dato Sri Syed Zainal whom inspires rather than penalise the network. Proton Edar needs a Chief such as Dato Maruan Said who focuses in nothing else but to maximize sales.

Should the government bail out Proton? A popular answer will be a big NO but really, what MITI had failed to provide, is the monetary multiplier effect that Proton has contributed to the economy since its inception in 1982.

There is nothing wrong with Proton business model except for the person who is running it. Tengku Mahaleel had accumulated for Proton more than RM4billion in cash reserves. Proton lost its no 1 position under Dato Azlan Hashim and his Joint COO, Dato Kisai Rahmat and Dato Kamarulzaman Darus whom succeeded Tengku Mahaleel when Tengku was dismissed. Proton almost made a comeback under Dato Sri Syed Zainal Abidin.

The dealers network stood by Proton through thick and thin from those period when Proton car owners can voiced out 10 complains in 1 breath to where it is now, 1 complain in 10 car buyers. The dealer is the first party that get spit at by any passersby for bad quality, manufacturer defective parts and long waiting list from production mismatched. Dealers livelihood should be given due consideration by the government and the new Proton management. We believe, the government should have a representation both at Proton and Proton Edar if the government is extending any grants or financial assistant. There are alot that needs to be done both at the manufacturing and at the distribution network.

The dealers network also condemns Proton being brought into any political conflicts.
Read my next piece: Khazanah to be blamed for Proton downfall.
and also: Lotus and MV Augusta is not a failure

The past Proton Edar CEO since inception are as follows: