KHAZANAH NASIONAL TO BE BLAMED FOR PROTON'S DOWNFALL 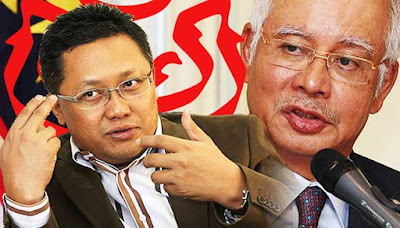 7. Proton's downfall started when Khazanah Nasional was the owner of Proton and when the government under Tun Abdullah Badawi had no clear vision and roadmap for the national car.
8. DRB-Hicom was asked to take over Proton for Barisan Nasional to win the previous election when one of the opposition's strongest manifesto was to shut down Proton! DRB-Hicom then, de-listed Proton and capitalized on Proton's asset.
9. Proton's real problem began when Khazanah Nasional wanted to gain control of Proton by sacking the performing and profitable Proton Managing Director Tengku Mahaleel. Proton has been repeatedly raped since then.
10. Proton went into financial problem when all its cash reserves and assets were exhausted during those period under Khazanah Nasional. Tun Mahathir recently came back as Proton Executive Chairman to save whatever that is left in Proton. If there is anyone that should be blame for Proton's failure, then it should be Khazanah Nasional and not Tun M.

* Read my earlier piece: Should the Government Bail out Proton.
** Please also read: Lotus and MV Augusta was not a failure.

Rahman said the former prime minister must answer why Proton "is in serious trouble and in need of billions."

"Tun must come forward and answer why Proton is in serious financial trouble despite billions of rakyat's money poured into Proton," tweeted Rahman, an Umno supreme council member, on Saturday.

"Recently billions pumped into MAS. Now Proton. Interestingly, they have one glaring denominator. What or who? Your guess is as good as mine," Rahman said.

Last week, Dr Mahathir resigned as chairman of Proton, the government linked company he created while he was prime minister in the 1980s.

Rahman said that RM13.9bil has been pumped into Proton since 1983 and now "horror stories" of Dr Mahathir's direct interference and "dictatorial leadership style" in Proton are slowly emerging.

"It's sad to see some get all riled up when relevant questions posed at Tun," he said.

"Proton's shareholders and BOD (board of directors) must be brave to tackle any legacy problems left by the ex-chairman.

Dr Mahathir was sacked as Petronas adviser in March following a unanimous decision by Cabinet to terminate his appointment.