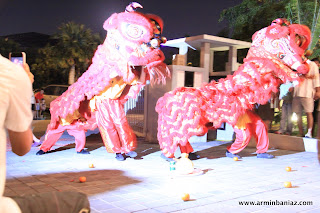 No it was not Viki Lim that did the Lion Dance and No it was not a real lion but it is better than the real King of the Jungle. Its a dance by Chinese Martial Artists. Basic Lion Dance movement can be found in most Chinese martial arts such as Kungfu and Wushu. The Lion Dance is a traditional dance in Chinese Culture that was performed to scare away evil spirits and to summon luck and fortune.

Viki Lim's was the first fellow bootcamper's house during this Chinese New Year that had a Lion Dance at her open house. Having known the quiet but cheerful and determined Viki Lim for quite awhile during our CHIEF ORIGINAL BOOTCAMP (COBC) session, she is not only friendly but a down-to-earth mother of three to Hannah Wong, Ashley WOng and Jayden Wong. Being a recruit, we all dress the same t'shirt, do the same workout and share the same mud.

One can only wonder how a person is until one sees the person at home. Viki Lim has a beautiful family. Beside being a wonderful friend, great daughter, a loving wife and a mother of 3, she is also the second eldest of 5 siblings. There are Vivi, Viki, Lizi, Mili and a brother Alvin. Her sister Lizi Lim and Lizi's husband Hin Toong Long was our close gym friends for many years during our Fitness First days. Viki Lim a keen athlete is a pioneer member at the COBC but her husband Jeffery WOng and brother in law Hin Toong Long are both a hardcore athlete. Hin Toong Long was a SEVEN times IRONMAN TRIATHLON finisher and an 84km Ultramarathon finisher. Both Jeffery Wong and Hin Toong Long are attempting the 100km Ultramarathon at the Singapore Sundown marathon this year. Damn I wish I am as young as them!!! 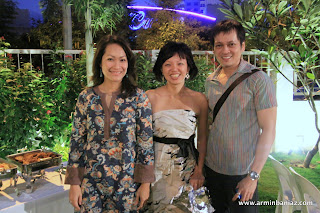 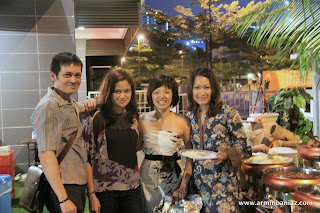 Nawal Aini Zulkifli, Rose Emini Pahamin, Aaraf Armin and me arrived at Viki's house early as we had to leave for Aaraf Armin's taekwondo class. Viki Lim occupies a beautiful house with manicured landscaping at one of a prestige residential area. Her house ambiance was very calm, inviting and peaceful.

The choices of food was so generous and salivating...... *swallow saliva.... and will immediately throw away all the Spartan diet we were on. But my hypothesis and theorem was further affirm that CNY harmonise all the choices of food range. We've had Malay food, Japanese food, western and today at Viki Lim's, we had Indian food during Chinese New Year celebration! 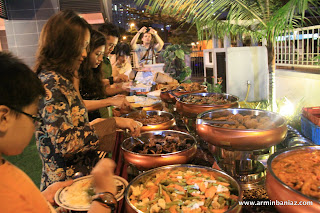 Everything.. all the choices of food was as if it was carefully handpicked and chosen!! The dessert.. I think its called sago sago was also a bomb!! There goes our diet but it was well worth it. 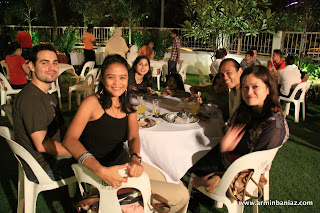 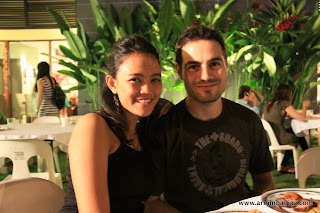 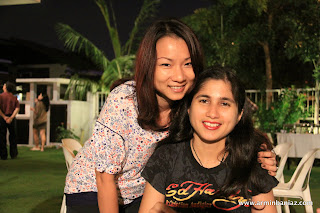 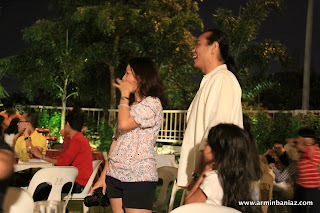 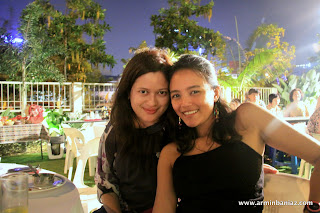 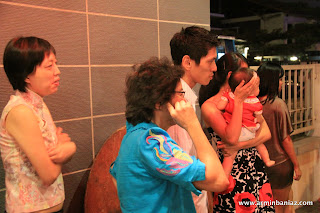 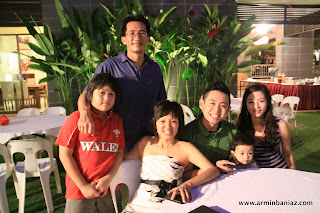 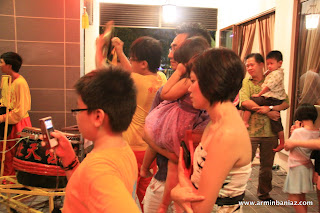 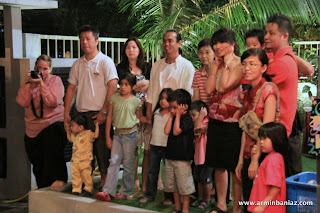 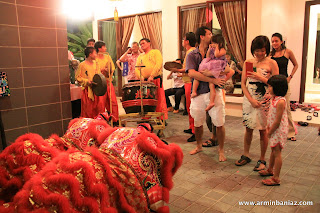 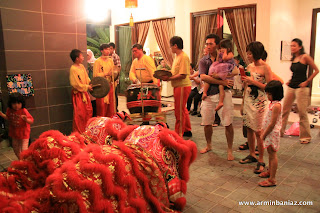 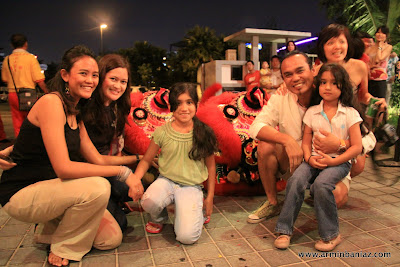 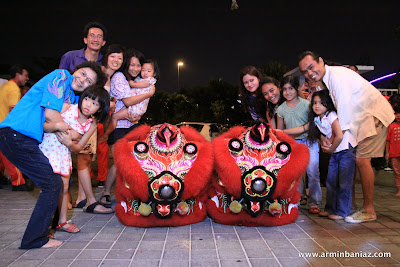 Beside chasing away evil spirit.... the Lions were quite romantic and loving or maybe the Lion was very gatal and started kissing.. 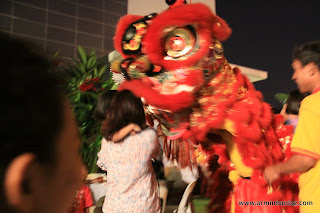 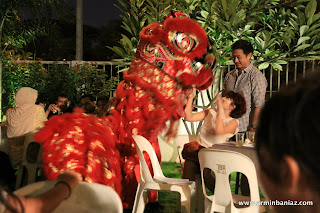 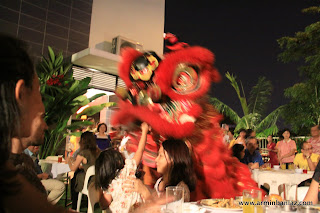 It was mesmerizing and funtabulous. The best varieties of food, excellent choice of entertainment and the best company.
Thank you
Jeffery Wong
&
Viki Lim
for inviting us. 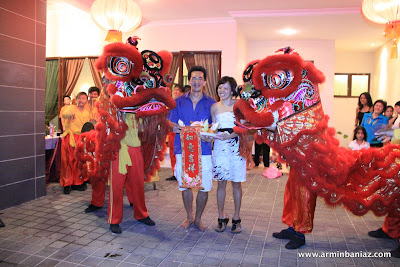 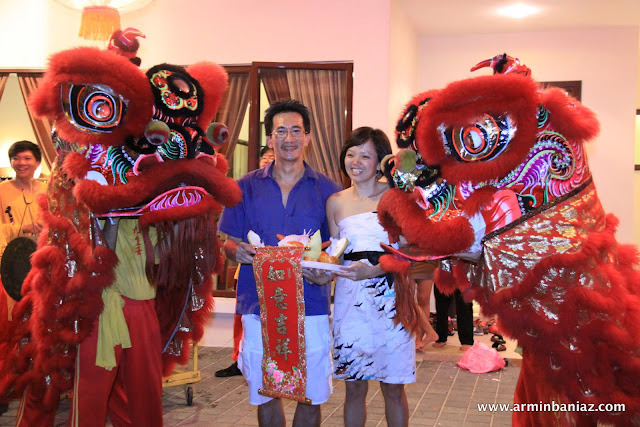