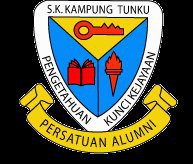 Brian Melling started this close group page on FACEBOOK for those in SRK Kampung Tunku Class of 1986... those pre-teenage era when we were all innocent, decent and less polluted.

Although I was at the school for only 1 year in 1986 having attended three primary schools between 1981 to 1986 but there were so much memories in that one year.

The most significant memory at SRK Kampung Tunku was the excitement of being in a coed school!! My previous primary school SRK Sultan Ismail 1 (Standard 1 & 2) and SRK Iskandar (standard 3-5) were both boys only school. SRK Kampung Tunku was the only coed school that I attended in my whole schooling life. Bukit Bintang (B) School too was an all boys school and was probably why I 'lost control' with too many girls during teens.

Lets walk back 25 years into memory lane. Having moved school twice before SRKKT, I kind of got used to making new friend but not at all familiar to making friends with girls. Infact, we got so use to moving school that I went to register myself and sis Melor Edina Pahamin at SRKKT without both mum & dad on our first day.

At school, I was first seated beside Adeline Chuah (whom I had lost contact since then) and there were flock of butterflies in the stomach before I had the gut to say a simple 'Hi' to that classmate whom was seated next to me. The first friendliest friend at school was Baronia and Kenneth Koh Chong Yew whom I had lost contact too. Other classmate that I could still remember until today was Azlina Izlyn & Shazlin whom were always seen together in class and during break, Abdullah & Mah Jon Wei whom were the most admired by girls in class. Ian Khong whom was the class monitor, Felicia Chin whom regularly spoke to me but I was too shy to respond, Nelfiah Mohd Shaari and Ismaria Ismail whom I remembered as the most 'diligent'.. dont ask me why but if there was someone that was sweeping the floor.. it must be either one of them and Jennifer or was it Stephanie that was the most hyper... She & Abdullah sang the song We Are the World (or was it?) in class during one of the class party.

It was at SRK Kampung Tunku too that I went on my first school trip away from home with friends. We went to Pangkor Island. During that trip, I lost a friend.. Izzat. He died from an accident after bidding us farewell at school on our departure by Bus Subhanallah. I had bid farewell to many friends having moved school like a nomad but I had never lost a friend in a tragic accident even until today. The scariest story (though I did not know if it was true) was that Allahyarham Izzat knew that he was going to die and wrote a note to a girl that he admired and left it in his room. The note reads: "My apology Lina, the Grave had called upon me!! Eeekk..!!! The note was actually written in Malay language wrote: 'Maafkan ku LIna, kubur telah memanggilku'.... something along that tune.

Izzat was a sincere friend whom would do anything to please his surrounding and losing him then was very hard on many of us.

Another significant memory at school was a public-canning of a bunch of students whom skipped school on a pretext of attending a table tennis competition. Those student grew up to be my best friends at high school but of course none of us had any other public canning experience in high school but almost.... bluwek.

The year 1986 too was the first puppy love, infatuation & crush experience that is best left unspoken and should be a blog story for another day. 1986 was the first of many many growing up experiences and the beginning of wonderful and almost excellent life.

Those were the days when the only problem we had was..... err...
Where's the hair Gel!!

Well Done Brian Melling for uniting us all after 25 years?? 25 years!!!
Damn.. You all must be really old now! *stick tongue out...
p/s now digging into store rooms for some old pictures...