Posted by ARMIN BANIAZ PAHAMIN on August 29, 2011
Yes, sure I was not there to fight and regained back Malaysia from being colonized before independence nor was I born before any of the historical world wars (which is a sign that I am still young) though I wish I was. However, I was around when our country was about to be colonized (again) through modern instrument via our currency in 1998 which our then Prime Minister YABhg Tun Dr Mahathir Mohamad labelled them as "Penyangak Matawang Asing" (Rogue currency traders).  Although that colonization attempt was not successful, but there were thousands of casualties. There were thousands of death (businesses) and many were paralyzed (bankrupted) and Malaysia was bedridden (in recession). Malaysia suffered alike a major stroke during that 1998 crisis and had never properly recovered before suffering another heart attack in 2008 over and above the inherited sickness Gout (voluntary unemployment-Malay dilemma) and diabetic (increasing price of essential goods). More than the majority of Malaysia working population would have been a bankrupt too if the government did not revise its bankruptcy threshold. Now, we are very slowly crawling back to recovery and it is primitive to even think that Malaysia is anywhere near being recovered. However, I am proud that Malaysia are not being dictated nor influenced by any foreign countries, international monetary policies or any rogue speculators be it in our fiscal instruments, policies and/or our economy. This is the new millennium independence.

Every year since my early teens, I look forward to hearing our Independence Day speech by our Prime Minister and look forward to the Merdeka Day marches at Dataran Merdeka. Tun Dr Mahathir's speech was the most aspiring... Tun reached out that patriotism in not just me but almost all those in my circle of people. If there was one day that we should all scream Merdeka with no hold barred, it must be on 31st August!! Our independence day! Having successfully achieved so much to be where we are today in only a short span of 54 years, we should be and should always stand united against any attempt to rape us away from the peace that we had achieved. Let us not be similar to Thailand whom although was never colonized but until today, are still fighting and killing each other in an endless cold civil war and public demonstration burning buildings, closing airports and blocking roads in their political inspired demonstration that benefits only a few to be in power but paralyzed their country and their people. 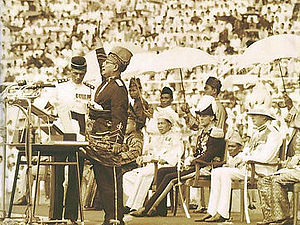 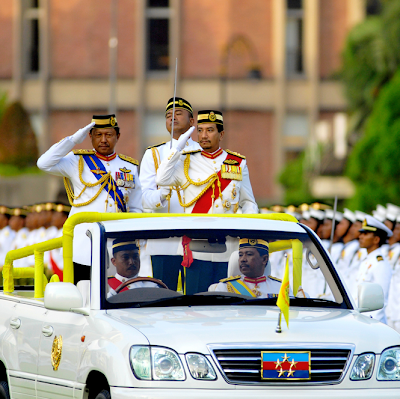