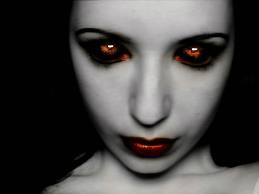 I think I had recently befriended a ghost... I do not know if its a she or he, pretty or handsome but I am assuming the best.. I think she's a young pretty & sexy ghost. I feel she has been following me all my life but had significantly become more active lately. Yesterday, she hide my office keys and I had to call Noreen Yusoff, PEDA executive secretary to get her to open my office door. The night before as I reached home after a good dinner with Aaraf, the ghost, maybe wanting attention, hid my e-Cigarette and I had to spend half the night searching for it.

Yesterday, I brought along my Tag Heuer glass for servicing at the Curve then went to the ATM to withdrew some cash and was almost hypnotized by her to leave home without the glass. She even hide my shorts that I was about to packed to leave for oversea in the afternoon. Then, I almost missed my flight when the ghost hide my passport as I was about to checked in at the Airport!!! Aaaaargh...

That was a bit too much but that Ghost is a reality and will be part of me unless I stop getting lost in the wilderness of mental-multi-tasking. Sometimes, I noticed my body worked on auto cruised while I was thinking of a few things. It turned out my office keys was buried at the bottom of my briefcase. My missing e-Cig was incidentally left at the dinner place and I found it went back to the restaurant. My Tag Heuer spectacles was still being serviced at the curve , my shorts was at the laundry and has not being picked up and my passport was in the luggage pocket nicely zipped up while I search for it in my pouch bag.