UP CLOSE AND PERSONAL WITH RYAN WONG 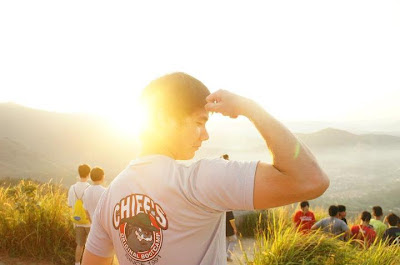 I first knew Ryan Wong at KL Charlie 3 years ago shortly before the inaugural platoon challenge. Those were the days when my blog was all about the bootcamp. For 2 years, I blogged about my experience at every bootcamp session. In choosing inspiring recruit to blog, I cant help but to choose Ryan whom was our pioneer member and one of the most consistent recruit that had never missed any session... 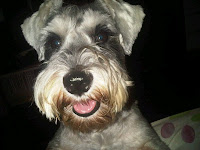 Ryan first heard of the Chief's Original Bootcamp from Arhnue (Shamil's sister). He fell in love at first sight and had his longest relationship (with COBC) until now. By Ryan standard.. I think that is the longest he has been in a relationship. The single most available bachelor at COBC first trained at BU Alpha because of convenience and location but Ryan found more than what he bargained for!! At the bootcamp, the only child with a single mother found a home, friends, and finally a family. From living with only a mother and a dog, Ryan now has an extended family of more than 60 members from DH Zulu. Ryan lost his father last year due to liver failure. Ryan shifted from Bandar Utama to Damansara Heights Zulu platoon when he found his chemistry was strongest with DH Zulu Platoon Commander and recruits.

The top Delta at DH Zulu first completed his benchmark within 9 minutes and had improved to complete his benchmark in 7 minutes and 20 seconds. His next immediate target is to overtake Tan Wee Liam and Shazny Az who held the best benchmark timing of 6 minutes and 20 seconds?. Ryan whom had only started running after he joined COBC first completed his 21km race in 3 hours but with the COBC training, his running time had improved to 2:24 minutes. Ryan will be attempting his first full 42.2km marathon in Perth end of this month on 26 August 2012 with Joe Liew and Jeffery Wong.

Since Ryan joined COBC, he had also conquered the highest peak in South East Asia, the Mt Kinabalu. 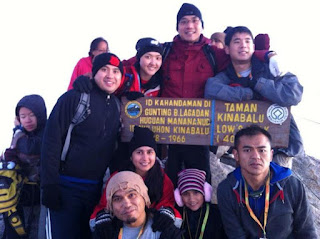 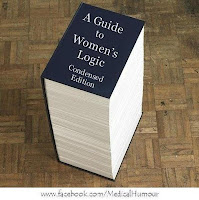 The young professional whom is an Accounting graduated from the University of Queensland, Australia and is a permanent residence in Australia invested his time and asset in what he deemed the three most important factor in his life and that being education, fitness and family. Of course, fitness and family are both related to COBC.

That being his investment, Ryan's ongoing aim in life is to help people realized their dream towards the three factor. He preaches non-stop about COBC at the office, outside the office, to his dog, mother and had brought many from his circle of friends to adopt the COBC healthy lifestyle. Latest was his two colleague Joo Tsong and Fara.

His daily motivation is to be as productive as possible at work and countdown to the hour for COBC session by continuously staring at his watch. 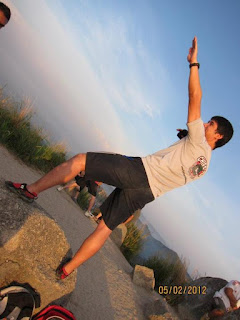 Ryan promotes bootcamp from the heart and will always love COBC establishment till the very end.. his spirit was appreciated by his comrade at DHZ whom had voted him twice as the Spirit of Bootcamp. Unfortunately, Ryan will be migrating to Sydney, Australia to take up his permanent residence status.


Now... Lets hear what his fellow comrade has to say about him!!!


Ryan's comrade Kym Mountstephen, has a mouthfull to say about him. For a start, Kym nicknamed Ryan as Tokyo and sometime as Ryno!! (armin: huh... this is news to me) Kym find Ryan to be generous, thoughtful, goofy, humble, kind and honest.... except when Ryan is counting his own repetition then his honestly can be a bit subjective... Ryan would count 1, 2, 5, 6, 7, 11, 12, .... Kym regards Ryan as a great buddy and a true friend and will miss getting late-comers-squat-pulses from Ryan whom is famous for arriving late for training. Your departure to Australia will be greatly missed!! ~ Kym. 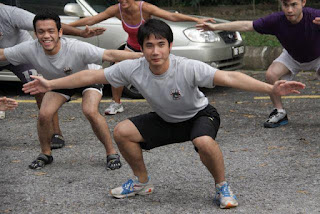 Afiza Abdul Halin or more fondly known as Pija also a COBC pioneer has more to say about Ryan.  When Pija first befriended Ryan, she always thought that Ryan was shy as they never speak. After 2 years, Pija now regards Ryan as a close buddy who is not only hot thanks to bootcamp (Pija's own words- kasi angkat sikit) but also a man with a kind heart and caring soul in his own way. Pija said, his smile will always make her smile. Ryan is one man that anyone can always depends on if they need a lending hand.... always. ~Afiza Abdul Halin.


Ryan's Platoon Commander Sarge (COBC) Nawal regarded Ryan as a recruit whom is always there to care for others. Ryan is always obliging and would go out of his way to help others. This trait had made him stand out as a special recruit in DHZ. His departure to Sydney will be greatly missed by his platoon.


Caleb's message to Ryan was more concise and straight to the point. Caleb said DHZ was inspired to have someone as fit as Ryan but if Ryan were to get any more ripped than he is now, then we cannot protect him anymore from the girls. ~ Caleb


Lilian Lee from BUB said, Ryan Wong is very athletic and is very good in err... Monkey Jump?!! and his best trait is the way he treat his mother. He is a good son but he is very stingy and only buy me one beer!! He's father would have been very proud of him. Ryan loves my home cook meal but he has not paid  for those meal.. Once, Ryan almost finished my one big huge pot of pork during Chinese New Year and I had to cook and refill the rice. He has big appetite. Please remind Ryan to belanja me before he migrate." ~Lilian

John Chuah from BUA - Ryan Wong ar...? err,, he carried his whole damn heavy bag (without a porter) up Mt Kinabalu!!! Not sure if that is classify as strong, stupid or suicidal! ~ John

Freda Liu from BUA, "Ryan is a sweet little boy".


Sheikh Hisham Iskandar saw Ryan Wong as a great inspiration and a true friend. According to Sheikh Hisham, Ryan displayed a strong sense of comradeship during the Battle of Platoons which was on the same day as the anniversary of his father's death. That was very kind and thoughtful of him. During the battle, Ryan portrayed an awesome display of support when he went around to each and every comrade in his platoon and fist bumped them not to give up although he was disqualified for 1 round. Everything he does, it is always sincerely from his heart. He is a true friend ~ Hisham.

Corporal (COBC) WAN, "Ryan is a good guy, funny and one of the strongest Delta in DHZ".

Sarge (COBC) Chun, "Ryan is a very committed and dedicated recruit to his platoon".


Rose Emini Pahamin, " Ryan is a sweetheart!! Sincere and loyal and would go out of his way to lend a helping hand. He is also very manja too. Wishing him the best of luck in Aussie and he will surely be missed by us all. HOOYAH!" 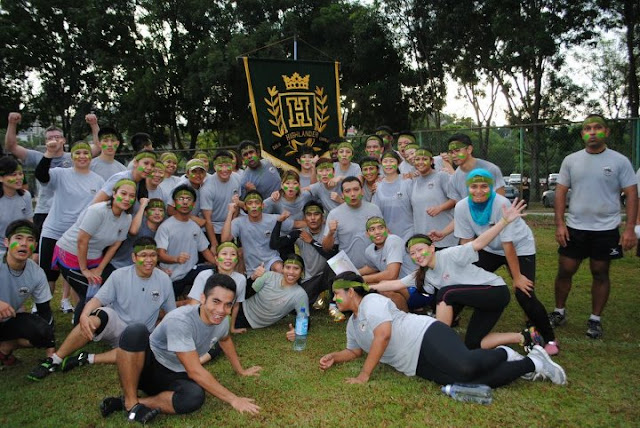