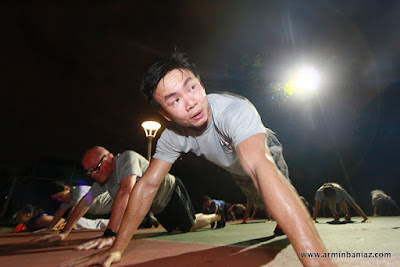 FIRST WEEK DOWN, THREE MORE WEEKS TO GO BEFORE THE END OF COBC DECEMBER SESSION and what was the verdict?


I know I have been all praises of the world's oldest military inspired transformation program which I have been training with, for already err... now.. more than 3 years since it was franchised to Malaysia. The major significant different between the Chief's Original Bootcamp and that of other training program lies in 2 biggest factors!! The first being the program itself that was not designed by us khuchirack (we are so humble blek) but it was designed by the military-fitness specialist (Chief Brabon & his team in Australia). The Australia team has been designing the program for the past 21 (coming to 22) years now (it would be longer if we include their experience during those military days)!! Yes, after 21 years, the program has evolved into what it is today and those that have trained with COBC, the results is almost evidently imprinted into every recruits!! be it in physique or mentally through a drastic increase in self-confident as well as fitness. You know a COBC bootcamper when you see one!! They are full of energy with very high positive spirit.

Second, the owners and the group of admins has been and still is consistent recruits (just like you) with no sports science background and is completely separated from the team of instructors (whom possesses the best of credentials - some with Certified Sports Conditioning Specialist (CSCS)) which can only mean.. We are listening as a recruit and from a recruit standpoint!! Yes.. the owners and admin listens and understand the recruits by being a recruit themselve; and so does the Reds whom you see very often in Grey training alongside with you. With the real-life experience (by being one), COBC team can relate and communicate and balance things up with the trainers  on all grouses. This balance will optimize result while making it alot more enjoyable and fun. Every feedback, comment and grievances are taken positively as a room for improvement... so please keep the feedback and comments coming. Please complete our feedback-surveys (that will be emailed on 3rd week) or simply email us (anytime) at admin@bootcampmalaysia.com (Thank you to the few that has been emailing us such as the 'pee' and courteous issue which was important).

We had just completed the first week into the December-intake that began on 26/27 November and what does the recruit has to say? ....read for yourself below the few feedback/comments extracted from Facebook: 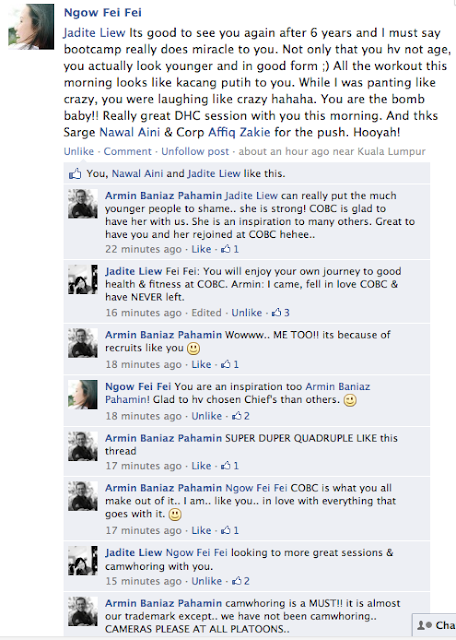 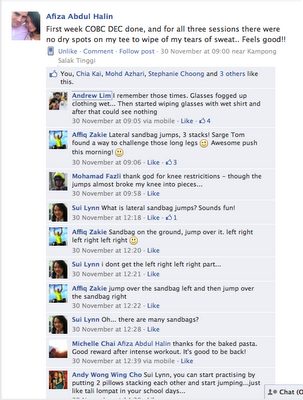 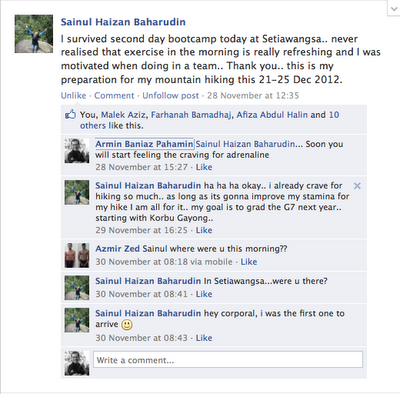 and if you thought your body began to ache and cracked after a session at the COBC, always remember Datin Azura Abdul Halin's words that was quoted as follows: 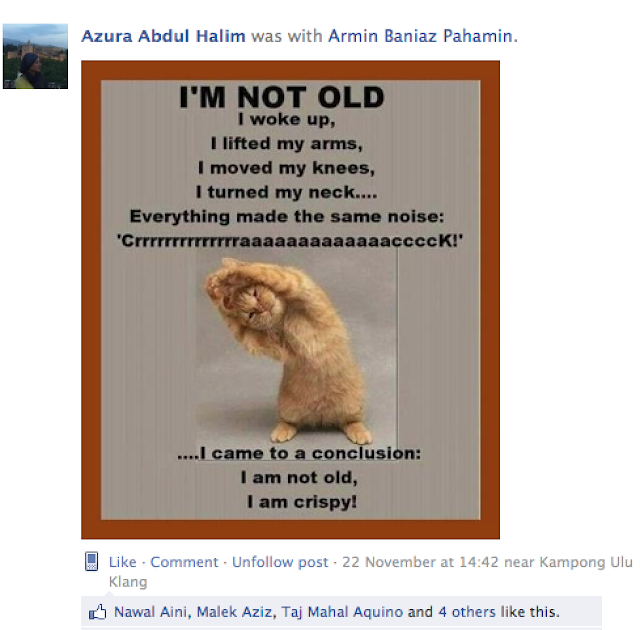