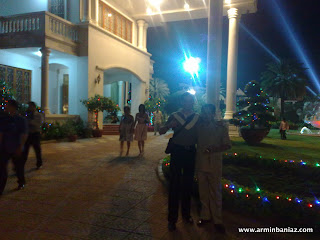 The international Women day is celebrated on 8th March every year globally as a respect, an appreciation and illustration of love for women. Click HERE for the history of International Women Day. To celebrate the 100th anniversary, the Royal Cambodian Armed Forces Deputy Commander in Chief and the Chairman of Prime Minister Hun Sen's Advisors, His Excellency General Kun Kim & wife Cham  Tiew Chan Dee hosted a dinner at their resident to raise funds for the poor people of Cambodia. 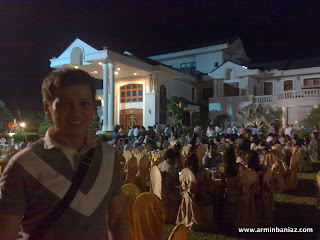 The function was held on 20 March 2011. We were invited via Ly Rothana the Vice-Director of Cambodia Ministry of Public Work and Transport and arrived at His Excellency Kun Kim's house at 6pm. His house at Kandal Province was prominently built on a 5 acre land. We were greeted by his wife Cham Tiew Chan Dee upon arrival.

The function was catered for at least 5000 strictly by invitation only guests. There were at least 2000 seats and tables prepared with a stage for live-band and dancing area.

The dinner began with a speech by the host and the host then invited the guests to dance... err traditional dances and not hip hop or feng taw. We sat quietly at the table and socialize with Cambodian high societies. We met some of Prime Minister Hun Sen's advisors and senior officials.

We walked through their porch and admire His Excellency's latest collection of cars with the Rolls Royce Phantom, Porsche Cayenne, Mercedes Benz, Range Rovers etc... 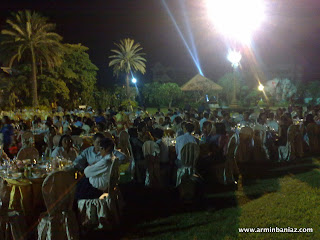 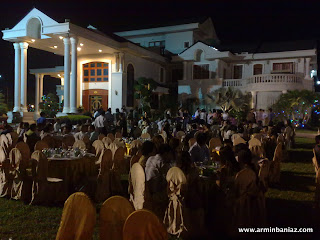 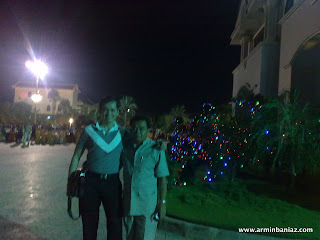 It was a good experience to attend the prominent function and I am thankful to His Excellency General Kun Kim and wife Cham Tiew Chan Dee for the kind hospitality extended at their beautiful resident. Your Excellency, our house too are open to you anytime you are in Malaysia.