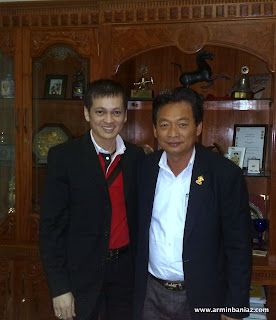 "My first trip to Malaysia was via driving a Truck from Phnom Pehn passingby Thailand to Penang in the 1980s", said 60 year old Excellency Dr Okhna Mong Reththy whom could easily be mistaken to be in his 40s with his thick black hair and almost wrinkle free. It was a great pleasure to meet and listen to Mong Reththy success story. Mong Reththy Group of companies named after the founder himself, is equivalent to Malaysia DRB-Hicom with a diverse industry portfolio from Pig Farming to a Port and even economic land concession.


I have frequented Mong Reththy office for various meetings with the Group Deputy Chairman Dr Monivann Tan but this was the first meeting I had with the prominent businessman His Excellency Okhna Mong Reththy. Dr Monivann Tan, a PhD in law graduate was decisive and sharp in making decision and our every meeting was fruitful. Dr Monivann too is a keen athlete whom played all form of sports but somehow we always ended up with only an after-office-hour game of pool. 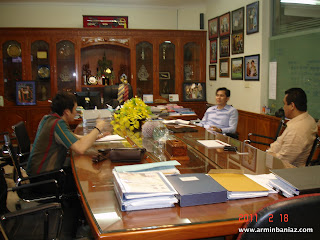 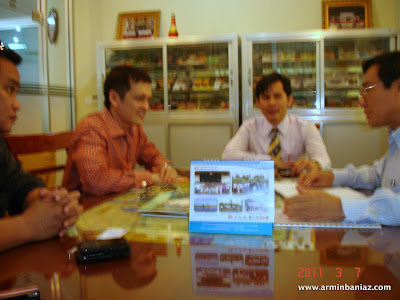 After endless emails after emails of revised terms and conditions, various meetings and trips to Mong Reththy, we finally reach an agreement and mutually signed today on 24 March 2011.

There was also a book written on Mong Reththy and I was given a signed copy by the Okhna himself but the book was in Khmer language. Although I do not understand Khmer but there were many pictures of his conglomerate. 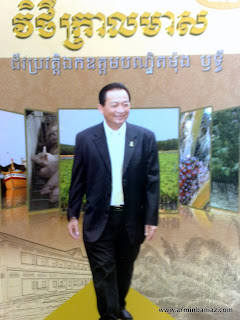 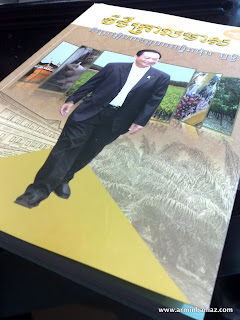 It was a great pleasure to be part of Mong Reththy Group and hopefully our venture will be a success.