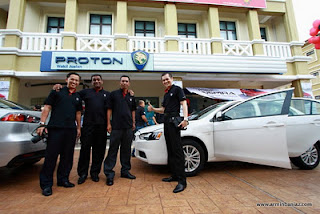 There were so much to digest post-PROTON network convention 2011 but one significant difference this year, is in PROTON EDAR's focus in our Sales Advisors. In the history of Proton Edar Sdn Bhd (PESB) or formerly known as USPD, every Chief Executive Officer during every annual network convention would reprimand if not short of threatening the termination of dealers for non-performance except for this year. The message was clear. All 230 showrooms nationwide now will not be terminated.. although there is a small print that says "unless they cannot achieve the target" but the small print is less scary now with a clearer direction forward. The direction forward is in the appointment of competent Sales Advisors. The sales advisors are the actual bloodflow of the brand. With an average 3 cars-sold per sales advisor per month or a total of 4,000 sales advisors employed in the network on the backdrop of 160,000 units of PROTON car sales per year, the number of sales advisors must be reduced.. not by dealers but centrally by PROTON Edar. 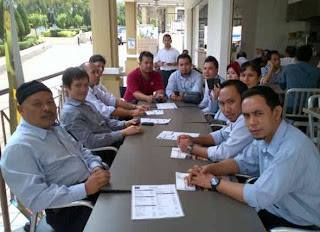 (picture- left) Gathering of some of PROTON EDAR-Putrajaya sales advisors for a post-convention briefing and Q&A a day after convention.
All new appointment of Sales Advisors by either the dealers or the branches will be vetted through centrally by PROTON Edar and those that qualify will be appointed by PESB via the issuance of an Identity Number and all the Sales Advisor with any fraud or Criminal Breach of Trust (CBT) or those selling less than 5 cars a month, will be slowly phased-put from the system.

PROTON Managing Director, Dato Sri Syed Zainal himself was scheduled to meet all the 4,000 sales advisors as early as january 2012. From where we were, PROTON's quality has substantially improved by leaps and bounds. The quality of dealer's and their output of cars sold has improved even more. Naturally, the consolidation of Sales Advisors is the final step to ensure our deliverable are of global standard.

Chief Executive Officer Ahmad Suhaimi too has taken the boldest step forward to regulate the disorderly marketing through the introduction of a Regional Treaty that if breached, will penalised dealers through a fine as high as RM20,000 and later lead to a termination.

There are various factors and most are beyond the dealers reach, that may affect the dealers performance but never once a Chief Executive Officer reiterated the 'cleaning' or the overhaul of Sales Advisors in the gathering of all dealers nationwide. The overhaul of the network's disorderly marketing and filtering of PROTON sales advisor speaks of only of one message!! We are at war not from within but those with out. Moving forward, everybody must change!!