RAGS TO A CELEBRITY: SARAH TAN 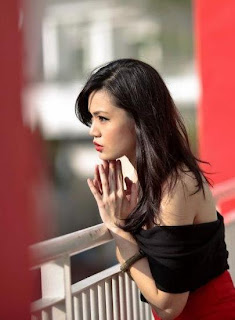 Sarah Tan is an undergraduate studying Bachelor of Design in Fashion Marketing and have been a gym member for many years but struggles in her weight fluctuation and lack of continuous drive to workout. Sarah wanted to changed her workout routine to get a better result and coincidentally discovered the CHIEF'S ORIGINAL BOOTCAMP (COBC) on Groupon. She first attended the COBC in Subang Jaya USJ1 in August and has been with COBC since. When COBC launched its annual 8 Weeks Challenge (8WC) in late-September earlier this year, Sarah Tan quickly enrolled herself in the 8WC that only cost AUD 29.95 (RM90.00 only). Her goal was to lose as much fat, to be more lean and have a better toned physique.

Sarah Tan wanted the extra push in her workout regime, she craved for support and motivation, and wanted to diet right for a better health which she found it all at the COBC. Sarah Tan's fat percentage when she joined COBC was 30.5%, her waist measures 70.5cm, hips 90cm, upper thigh 48.5cm and in barely less than 2 months, now her fat level had decreased to 19%. Sarah Tan had also improved in her fitness and stamina. When Sarah first joined the COBC, she completed her Benchmark Assessment 1 in 13.07 minutes and Benchmark 2 in 11:28. While undergoing the 8WC, her timing has improved to 9:36 minutes for Benchmark 1 and 9:29 for Benchmark 2. Sarah's fitness had progressed so well that she is now promoted to a Delta, the elite level group at COBC. 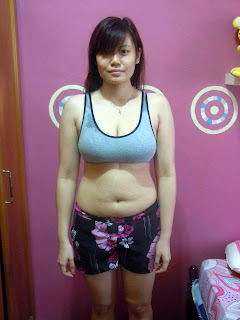 Sarah Tan's disciplined and commitment to the COBC program, the support from her platoon mates where she was training at and as well as the support from more than 600 comrades in COBC Malaysia network had landed Sarah Tan with an audition for a television offer even before the end of the 8 Weeks Challenge. Sarah Tan's weight lost and changes in her physique was so prominent that it attracted the television producer's interest. Sarah Tan is bearing fruit from the COBC program, the 8WC challenge and the diet that was provided.

When the 8WC ended, the voting for the location Champions and Runners-up began on Monday, 21 November 2011 and ended on Wednesday, 23 November 2011. On Thursday, 24 November 2011 all the local Champions and Runners-up were announced at HERE. Sarah Tan was voted and selected as the Runner-up for Subang jaya USJ1 by "Six Impartial International Panel of Judges" whom are representatives from COBC strategic partners in Australia, affiliates, sponsors and members of the health and fitness media as the Local Runner up for Subang Jaya USJ1!! 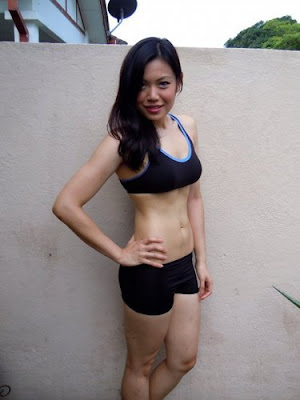 The eight week challenge had motivated Sarah to set a goal, to religiously workout and eat well to achieve her lifetime dream body. Now Sarah is not only living her dream, but she is also more focused in her studies. Sarah is more energetic and productive with her new lifestyle. Her lifestyle now includes working out consistently, eating right and have a regular bedtime. Sarah is excited with her newly discovered body, her new lifestyle and her platoon-mate that she invited 4 of her closest friends to join the COBC. The COBC became Sarah's alternative workout to the Gym and Sarah felt that her daily schedule will not be complete if Sarah actually missed any COBC training session. 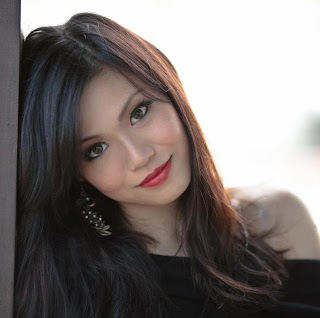 In Sarah's own words, "To be the 1st runner up made me realized that my dreams do come true if I put my mind and heart at it... Posting up progress pictures on Facebook was pretty overwhelming when friends, family and outsiders were amazed by my transformation. The best part was when I was told that I have become their inspiration for them to actually start living a healthy lifestyle and for them to work out in achieving their fitness goal. I feel very proud to be an inspiration to many people out there. I feel proud when many people asked me on fitness and dietary tips. Before the announcement of the winners, I realized that winning does not really matter because I am already a winner by being a source of inspiration to so many individuals. The feeling is so great that I will continue to be a motivation to those struggling with weight issues and advocate healthy diet and fitness. Thank you Chief's Original Bootcamp".

Sarah is determined to maintain her current lean and sexy physique because she will not waste the support, motivation, time, money and effort that was invested. She does not only want to only maintain but to further improve on her physique, stamina and strength. 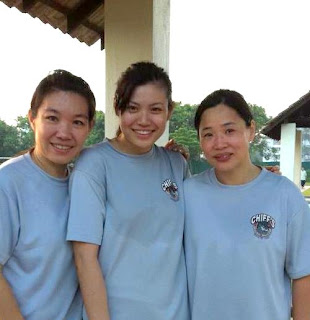 Sarah loves the COBC because it gave her the extra motivation to drive herself further and harder, to set and achieve a goal, and to always improve herself. She loves the fact that every instructors and bootcampers are like a family and is super supportive. Joining COBC is not just about performing physical exercise with a group of people but it goes beyond that. COBC makes exercising something that is enjoyable and a moment to look forward to every alternate morning. Even after bootcamp, we still make plans to join marathons and to go on holidays together, thats the best part!, claimed Sarah.

As how BU-Bravo Delta Kenny Lock Weng Heng always said, no matter who you are, once you join the COBC as a recruits, you became a socialite because you then belong to the biggest network of people that share the same passion!

From a student, Sarah Tan is now a socialite, a celebrity and a DELTA at the Chief's Original Bootcamp!! CHIEF'S ORIGINAL BOOTCAMP is where your dream comes true, where ordinary people achieved extra-ordinary result!!