PENANG ALPHA: A WORKOUT TOO GOOD

Posted by ARMIN BANIAZ PAHAMIN on December 21, 2011
After completing 12 MakanSutra at various positions and locations in a day, we almost but did not miss the COBC training at Polo Alpha platoon. 9 of us from the 23 recruits and instructors from Central Region that attended Penang COBC Grad party stayed back purposely to eat attend Sarge (COBC) (P) Boon's alpha session. We planned to arrive late to give "KL-Grunts-Souvenir" for the Penang Platoon and thought of not coming in our COBC grey tee but we did not want to be cruel. So here we are.. all very early, in uniform but the Penang'ite gave us the Grunts-Souvenir instead by not wearing the grey Tshirt!! haiiih.. Thank you for the kind hospitality.

Having met with most islander during the Penang COBC Party at HERE, we can only conclude that they are really a shy bunch as compared to KL'ites. When the KL'ites party.. including the instructors.. they went all wild. 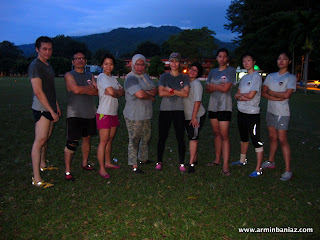 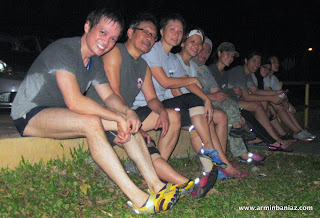 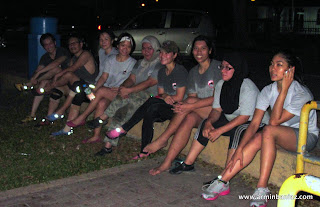 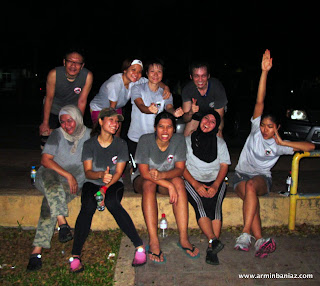 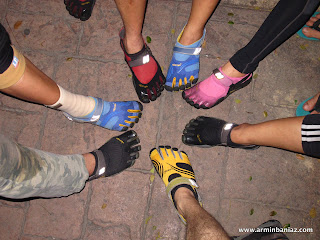 Working out at Padang Polo reminded us on how Virgin was Bandar Utama when we first came in. It felt like the first time we had Bandar Utama but now after being gang-raped by Alphas, Bravos, Tango and Yankee, the field became what it is today. Sarge (COBC) (P) Boon is a great platoon commander and so is his right man Corporal Kenny. The Islander.. Penangites... recruits at Penang were very welcoming and we immediately felt like home.

Thank you Penang.. Thank you Sarge Boon and Co. We will surely come back to train with you.