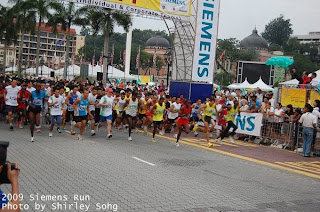 I have registered my self (of course with the help of Nawal & Emi) in almost all running races this year as a commitment for a healthy lifestyle but for the past 2 months, I have lacked in training and missed 3 important races namely the Standard Chartered International Marathon, Ipoh 21km International Marathon and the Seremban international half marathon.

I am pleased and was glad that I ran today's race. The Siemens Run was the best and most well organised race in all the 27th events I participated. In fact, very close to the organiser of the prominent Singapore Standard Chartered International Marathon.

The race started at 7:30am sharp and was flagged off by the Kuala Lumpur City Mayor Yg Bhg Dato Ahmad Fuad Ismail. The first 5km was quite hilly but I enjoyed the route. The water stations were located at every 2km and there were generous amount of water at every water stations. 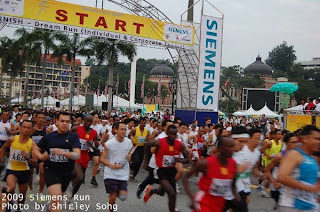 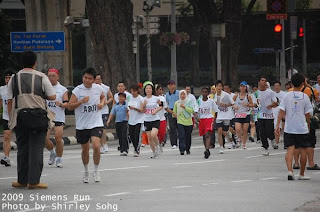 The weather was perfect. There were no sun and it was quite windy but the route along Jalan Raja Laut at the last 3km was badly polluted. That was the only inevitable set-back. 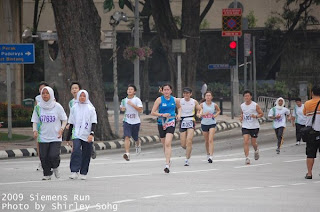 The last km before the finishing line was the orgasm. There were loud party musics, traditional drums and beautiful young cheer leaders in short skirt. The cheer leaders were smiling, jumping and cheering all the way probably as strenuous as the runners. 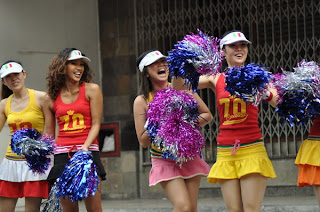 For a registration fee of only RM10, the finisher gift pack was worth more than RM50 including a big bottle of Nivea lotion (retailing at RM30 i think) and various other items.

If there was a best organiser or best race contest, my vote will go to the Siemens Run 2009; 5 star rating, thumbs up and well done.... thank you. It was an orgasmic event. 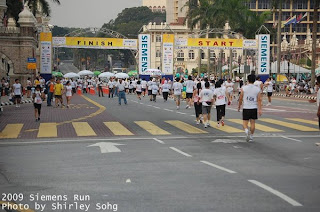 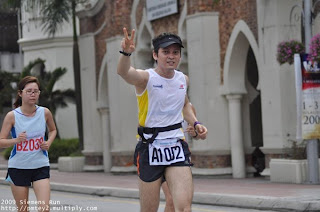 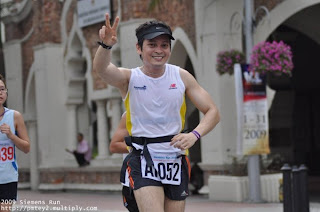 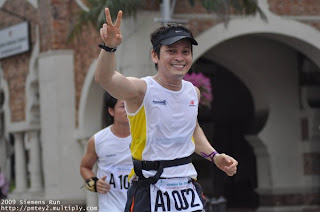