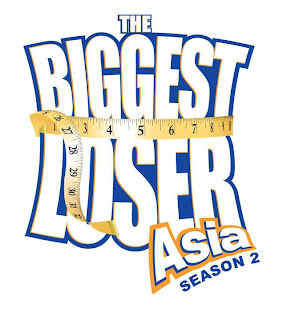 I left straight to KLIA for an official trip to Cambodia after a night stay at the Sepang Goldcoast on Tuesday 7 December 2010 last week and returned on Saturday 11 December 2010 and left straight to Ipoh to run 12km on 12. 12 at the Roadrunners Ipoh Tangjung Rambutan race. Came back on Sunday 12 December 2010 but received a call on 13 December 2010 to be at Singapore for the Biggest Loser Asia finale at 9am on 14 December. On 15 December 2010, I have to attend the soft launching of the new face-lifted sexy Proton Saga at the PROTON Centre of Excellent. Such is December, year end schedule but what made it all so interesting... was the fact that those activities were my passion... Business, politics, health and exercise ... is what life is all about. 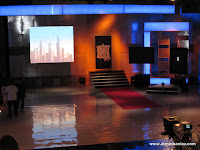 The trip to Singapore was unplanned.. Chief Brabon from Australia, the founder of the ORIGINAL BOOTCAMP and Gunny Emily was suppose to attend the Biggest Loser Asia Finale scheduled on 14 December 2010 having trained the contestants the ORIGINAL BOOTCAMP style in some of the episodes in Season 2 that will end today. When Chief Brabon and Gunny Emily had to attend another function in London, the loyal licensee Armin Baniaz Pahamin & Sarge Dann was called to be in Singapore in barely 12hours to represent the Chief's Original Bootcamp worldwide. We could not disappoint Zainariah Johari or popularly known as Zai Johari in the media industry, the producer whom has been very supportive of the ORIGINAL  BOOTCAMP.


Still exhausted from the endless travelling from Sepang GC, Cambodia, KL, Ipoh KL etc... we arrived in Singapore at 1am having left Kuala Lumpur at 8pm... okay.. we got lost abit in little Singapore and took a longer time. My navigator Sarge Dann was happily asleep. 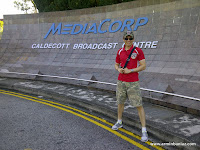 Without having any expectation of what to do and what to bring to attend the Biggest Loser Asia, we arrived at the Mediacorp Studio at 8am... We thought we need to do mediate some circuit challenge and my mind was mixing some crazy ass circuit from chief's mentoring program with an Inferno combo to torture those contestants...(sorry). 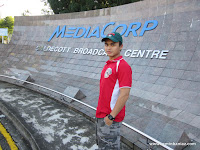 After some clarification with Zai Johari, the producer... we were invited as the Guest having participated as the trainer for their episode. Being there was a good platform for networking, to experience and feel that powerful emotion from contestants was indescribable but I was abit disappointed.. I wanted to train the contestant the OBC-BU style.. I wanted them to feel our program and experience the BANDAR UTAMA energy... well.. maybe next season.. *wink. 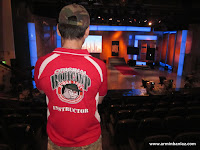 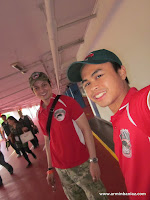 Sarge Dann and I was seated together with other eliminated-contestants. There are all Champions. Their positiveness and energy was almost as strong as our Chan Meng Yam & Lilian Lee. Their drives to look better and feel better was as strong as James Fong, John Chuah and Jun King!! Their determination was alike Joe Liew and Afiza Abdul Halin. They are as dedicated as Lizza Abdul Rahim, Shearling Toh, Viki Lim & Pooi Ching Khiew. Every contestants at the Biggest Loser Asia reminded me of my comrades at the OBC-BU... suddenly I realized I have missed training with them for almost a week having been on the move across Asia... Waa so dramatic but seriously.... I need to get my OBC fix very soon!! 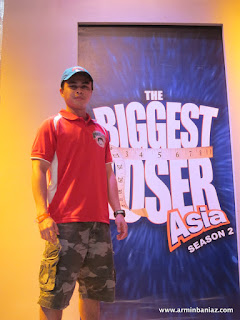 When I saw Viveganandam Deveraj @ Raj new look... I thought of James Fong after our very own OBC 8 Week Challenge... err.. not that James Fong lost as much but the new look.. lean, slim and mean.... Woww!!!

When I saw Scott Hana, I thought of Adriano Abila.. dont ask me why!! but Adriano Abila's will power was strong.. as strong as Scott Hana's will power!! Adriano is our Super Delta. Similarly when I saw Atikom Laksanapanai @ Nai.. I thought of Adibah Mohamad.. not that they are of the same gender, but how Adibah Mohamad shrunk after the OBC 8 Week Challenge was as inspiring as Nai but when they flash-back Nai's training and the way Nai joked and screamed.. that was very similar to Syed Mahadzir & Raja Affandi Raja Jamaluddin.

When Norhafiza Mohammad @ Fish came out from the crowd.. and she became so 'THIN' as in.... thin!!! .... I quickly thought of Shear Ling Toh and Afiza Mohamad but when Desiree M Vinoya make her appearance... my first thought was T'yng Yng Tan... T'ng Yng Tan lost alot of weight and fat during the 8 weeks challenge.

The energy felt in the studio was so overwhelming.. That energy, emotion and kiasu-ness.... was exactly how I feel when we were training at the ORIGINAL BOOTCAMP @ Bandar Utama & USJ1 with our fellow comrades.

The last minute notification.. the 200km/hr drive along the PLUS highway to Singapore was well worth it... Thank you Zai Johari for the opportunity to share the unforgettable moment with the Biggest Loser Asia contestants. 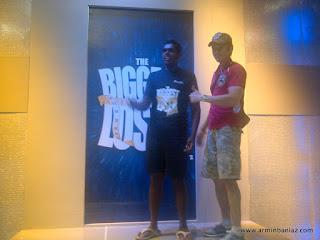 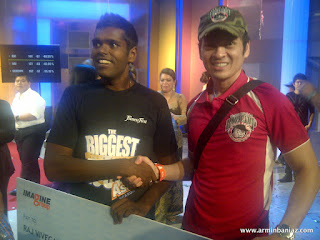 Congratulation to Raj.. Desiree and all contestants at the BIGGEST LOSER ASIA.. you are all the King of Champions!!!! 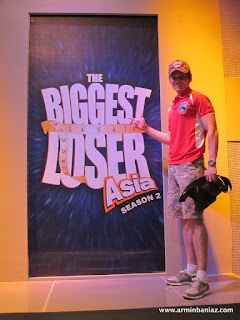 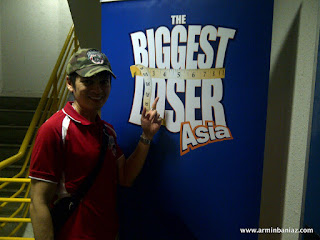