His full name is PAHAMIN ABDUL RAJAB. The 3rd in a sibling of 5; the eldest is a sister Bidah binti Abdul Razak, then Allahyarham Mahadi Abdul Razak (picture on right), Datuk Noordin Abdul Razak, my father and Hashim Abdul Razak. PAHAMIN ABDUL RAJAB was born on 23 February 1946 in Kampung Badak, Bachok Kelantan. When Pahamin was born, the registrar misread the arabic writing and wrongly recorded into romanised typing as Rajab instead of Razak, hence the different surname compared to his other siblings.

Pahamin attended primary school at Sekolah Melayu Badak (Standard 1 to standard 5) in Bachok, Kelantan between the year 1952 to 1956 and pursued to Special Malay Class (SMC) 1 to Standard 6 in Kamil English School Pasir Puteh between the year 1957 to 1959 and completed his primary school education. When he was in SMC 2 in 1958, at the aged of 12, he fell in love with his first and only girlfriend, Zainab Mohamad whom was studying in SMC 1, aged 10 years old. Pahamin then went to Kamil Secondary School in Pasir Puteh from 1960 to 1964 for his secondary education. 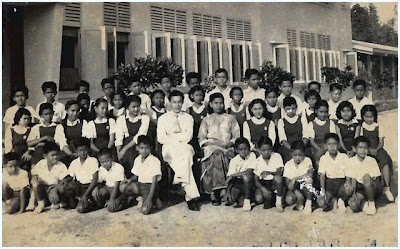 Throughout his primary and secondary schooling, Pahamin was through and through a Scout Movement. a worldwide youth movement that played a constructive role in society by supporting young people in their physical, mental and spiritual development. (left picture: Pahamin & his teacher Mr Muthu Retinabarathi)

After passing his Oversea School Certificate/Malaysia Certificate of Education (OCS/MCE) in 1965, he went to Sultan Ismail College (SIC) to complete his Form 6 education in 1966 and passed his Higher School Certificate (HSC) which was the entrance requirement for tertiary education. In 1967 he pursued his Bachelor Degree in History at the University Malaya and graduated in 1970. Pahamin was an undergraduate and a member of the 13th Student Council University Malaya Student Union when the government declared the state of emergency during the 13 May 1969 tragedy. 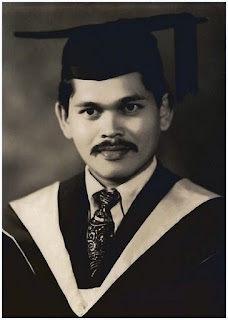 Upon graduation in 1970, Pahamin A Rajab joined the Public Service Department in Kuala Lumpur as the Assistant Director of the Establishment from 1970 until 1972. In 1971, Pahamin A Rajab & Zainab Mohamad gave birth to their eldest daughter Chempaka Emalin Pahamin at the University Hospital in Kuala Lumpur. Pahamin left for Kuala Pilah, Negri Sembilan in 1972 where he was seconded as a Collector for Inland Revenue. 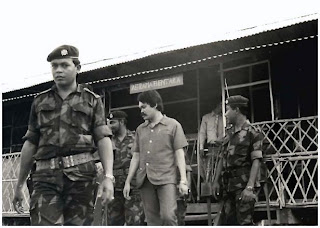 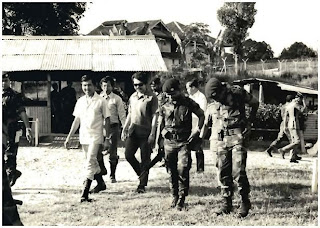 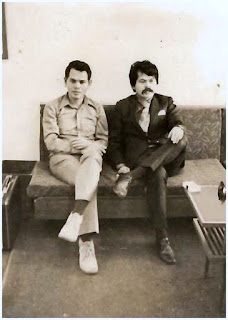 In 1977 to 1978, Pahamin A Rajab, Zainab Mohamad, Chempaka Emalin, Armin Baniaz and Melor Edina left for Wisconsin, United State of America where Pahamin pursued his Master in Public Policy & Administration at the University of Wisconsin in Madison. Chempaka Emalin, Armin Baniaz & Melor Edina attended their first school at the Eagle Heights, Madison. 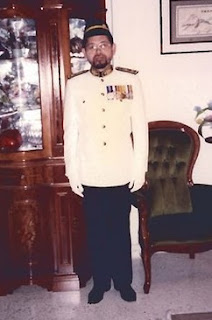 In 1979, upon graduating from his Masters degree, Pahamin returned back to Malaysia and was appointed as the Kelantan State Development Officer, then the most senior federal government post in Kelantan.

In 1983 to 1985, the whole family moved to Alor Star, Kedah where Pahamin A Rajab was appointed the Deputy General Manager for Kedah Regional Development Authority (KEDA). KEDA General Manager then was Datuk Dr Affifuddin Hj Omar before his departure into politic. In 1985, the last of the Pahamins, Amnan Bazli was born and completed the Pahamin-Battalion with one made in Selangor daughter, a pair made in Negri Sembilan, two other daughters made in Kelantan and the final breed in Kedah. After 3 years in Kedah, we left in 1986 to Selangor where Pahamin was seconded to the Ministry of Agriculture as the Under-Secretary of Finance; a post he held until 1988. In 1988, Pahamin enrolled as external private student to study Law part-time with the University of London LLB which he graduated in 1990. 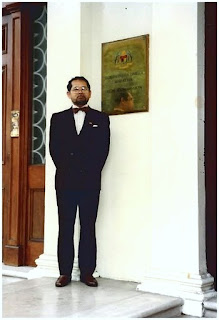 In 1989, Pahamin was assigned to the Ministry of Rural Development as the Under-Secretary. In the same year, his eldest son, Armin Baniaz Pahamin was diagnosed with a terminal cancer Chronic Myeloid Leukemia and underwent the Bone Marrow Transplant; a procedure that Malaysia does not have the medical capability then. In 1990, YABhg Tun Dr Mahathir Mohamad, then Prime Minister approved Pahamin A Rajab secondment as the Minister Counselor to the Malaysia High Commission in London, United Kingdom. The family left for London and Armin Baniaz underwent the Bone Marrow Transplant the same year at the Hammersmith Hospital, London. 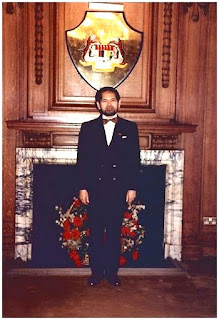 Pahamin graduated from his external part-time, LLB Law degree from the University of London in 1990. The convocation was held at the Royal Albert Hall, London by the University of London Chancellor, HRH Princess Anne. Pahamin had always wanted to be a lawyer since he was a child but he was offered a scholarship to study History instead. Pahamin envision himself to be a lawyer one day when he retires from the government.

In 1991, while in Kuala Lumpur alone for an official meeting, Pahamin had his first heart attack and was warded at the Tawakal Hospital. Pahamin survived the first heart attack without the need for any angioplasty or by-pass operation but his elder brother Noordin Abdul Razak, whom quickly went for a check-up discovered 4 blockages and left for Australia for an open by-pass operation. 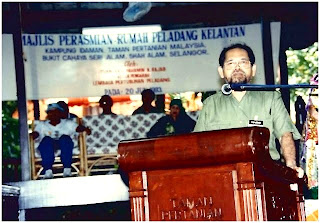 In 1992, Pahamin returned to Malaysia from the Foreign service and was promoted as the Director General for Farmers Organisation Authority (Lembaga Pertubuhan Peladang (LPP)), Ministry of Agriculture. During his tenure from 1992 to 1993, Pahamin instilled the Corporate culture with the introduction of a corporate uniform with the  green shirt and black pants that was made compulsory for all male personnel to wear and a special batik uniform for the ladies. Pahamin had also inculcated business culture and work ethic within the farmers associations. While being attached to the Farmers Organisation Authority, Pahamin pursued on a part-time learning a post-graduate Diploma in Syariah law & practice. 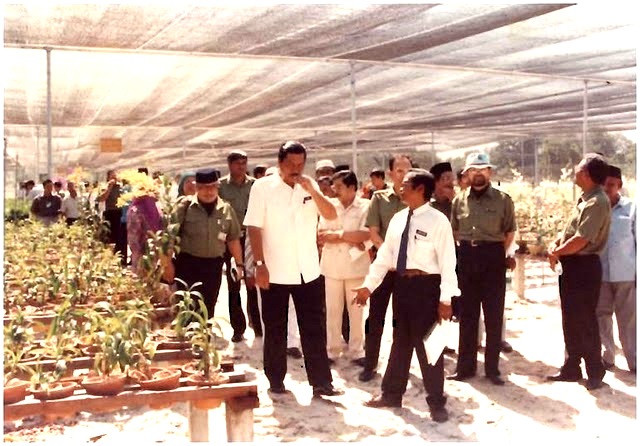 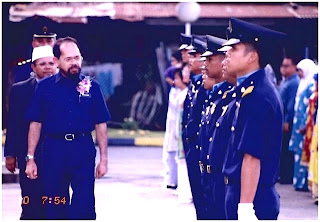 In 1994-1997, Pahamin A Rajab was promoted as the Director-General of Ministry of Transport, Road Transport Department (Jabatan Pengangkutan Jalan (JPJ)). Pahamin re-structured and re-organized the driving school network by replacing it with Driving Institutions. He introduced a new curriculum for both private and commercial drivers and introduced the provisional driving license for qualified drivers. Pahamin had also adapted the computerized test for both private and commercial drivers. 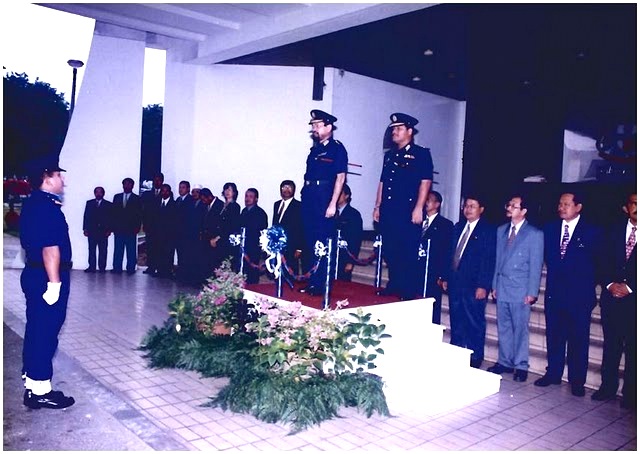 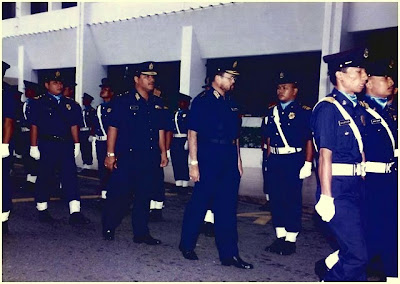 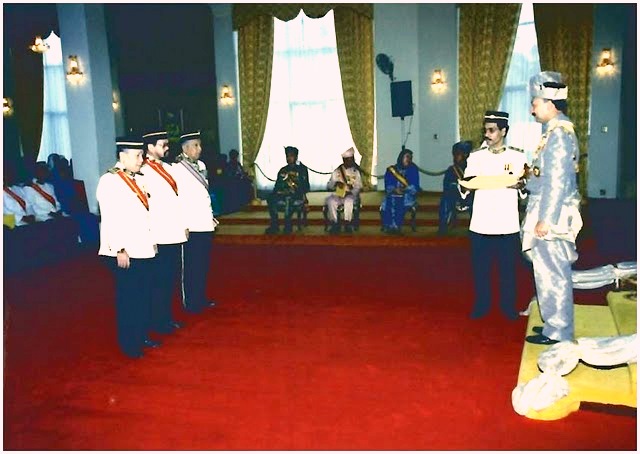 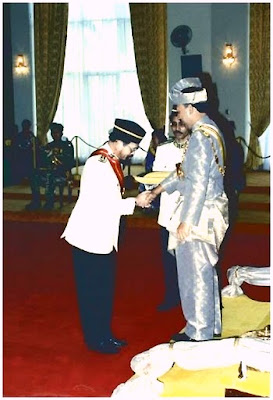 In 1997, Pahamin took his fourth degree on a part-time basis to study a post-graduate Certificate in Legal Practice (CLP).

Between 1998-2001, Pahamin was promoted as the Secretary General of the Ministry of Domestic Trade and Consumer Affair. Pahamin A Rajab introduces the Optic Disc Act Law to overcome optical disc piracy and went to war against copyright piracy (lanun Cetak-Rompak). Pahamin A. Rajab was awarded with the Cyber Champion Award on November 7, 2000 as a recognition for his commitment to the advancement of critical public policy issues and his government’s diligent support of copyright protection in Malaysia. Other recipients of the award were His Majesty King Abdullah of Jordan and Prime Minister Costas Simitis of Greece. During his tenure as the Secretary-General, Pahamin had also introduces and established the Consumer Claim Tribunal in Malaysia, corporatisation of the Intellectual property divisions into Intellectual Property Corporation of Malaysia and corporatisation of the Registrar of Companies and Registrar of Business into Companies Commission of Malaysia. 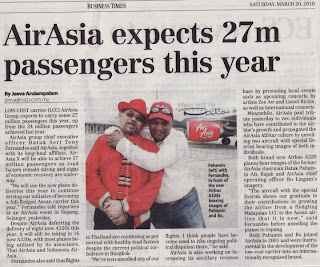 Pahamin A Rajab retires in 2001 after 31 years of serving the government. A day after his retirement, Pahamin started reading in Chambers and was called to the bar in September 2002. In the same year, together with with Dato Seri Tony Fernandes, Datuk Kamaruddin Meranun and Dato Aziz Bakar, they acquired the loss-making Airasia from DRB-HICOM and rebranded it into the Country's first Low Cost and most profitable airline in the world. 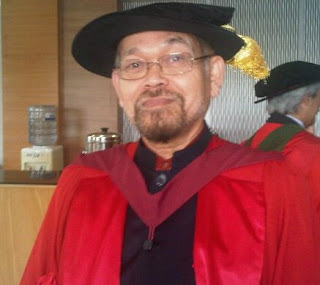 He received an honorory Doctorate in Law (LLD) from University of Newcastle, Australia in 2007.

In 2008, Pahamin retired from Airasia both as the founding Chairman and substantial shareholder three years after the airline successful expansion and Initial Public Offering on the Main Board of Malaysia Stock Exchange.

Pahamin is also a visiting professor at the Universiti Utara Malaysia (UUM).

In 2009, Pahamin underwent an open by-pass heart operation for 4 blockages at the National Heart Institute (institute Jantung Negara (IJN)). He was under the care of Dr Hj Mohamed Ezani. 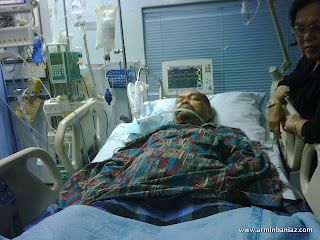 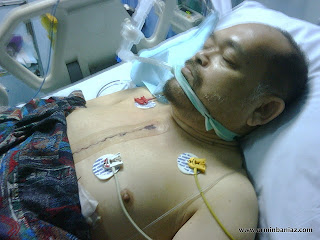 The operation was successful and Pahamin went back to his ole lifestyle... traveling. 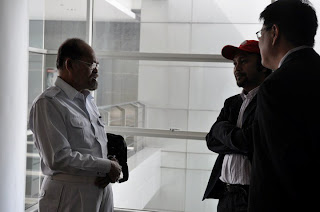 Pahamin is also a retired golfer with a handicap 24.To foster closer relationship nationwide in Ministries or agencies that Pahamin was attached, he forced every director to play golf in JPJ & LPP and most of them remain a hardcore golfers.... except him. 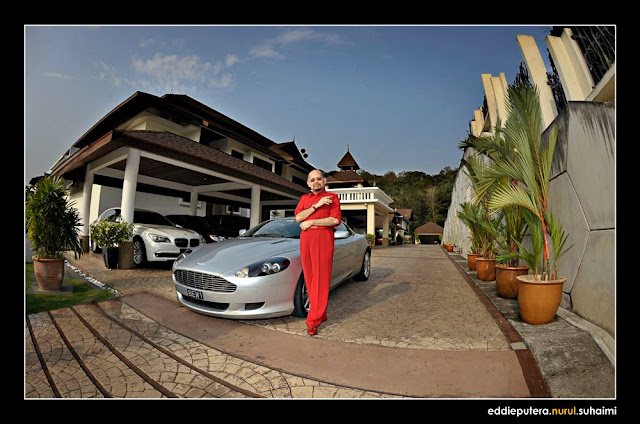 Beside a successful career holding the most senior post as the Ministry's Secretary-General before retirement, being a successful corporate leader with the listing and expansion of Airasia, an active lawyer with his two daughters at Pahamin & Pahamin, Pahamin A Rajab is also a successful father having instilled the best family values in all his 6 children whom cared for him and mother with undivided love.