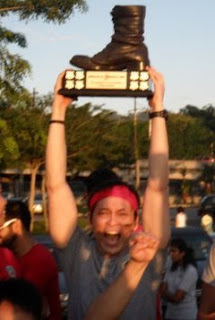 Platoon challenge is a special event organised to foster the spirit of camaraderie between recruits from all platoons. Most of the time, recruits only interact with their fellow platoon mate without any opportunity to meet recruits from other platoons. During the platoon challenge, recruits irrespective of rank; range, seal and delta would have to work together and win points for their platoon this does inevitably promote team-work effort as well.

When Senior Sarge Rob Coad, the Regional master Trainer & Spec Ops Coodinator for the ORIGINAL BOOTCAMP, Australia first mooted the idea in 2009, we at the KLA platoon went wild. We had our first Platoon Versus platoon in January 2010 and I was unanimously elected as the Captain for the KLA Platoon. That was when KLA was part of the same 20 years old network under the ORIGINAL BOOTCAMP, Australia and I was only a recruit. Now KLA is running an independant program on its own. As the Captain, I had the best time planning, coordinating, training, strategizing and led our platoon to win the first Platoon Versus Platoon 2010. This year I cannot be the Captain nor a participant. Maybe a punishment for sleeping with the instructor!? aiiks... Read HERE for Platoon Versus Platoon 2010 and get some idea of what to prepare.

So who are the captains chosen to lead the platoon? 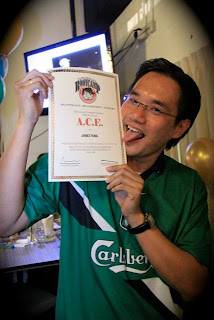 James Fong does not need no introduction being a pioneer member at the CHIEF's ORIGINAL BOOTCAMP, a finalist at the 8 Week Challenge, many times voted Spirit of Bootcamp, best improve recruits etc etc etc....... but for those new, read more about James Fong here, here, here and bla bla bla.. he is everywhere in my blog. 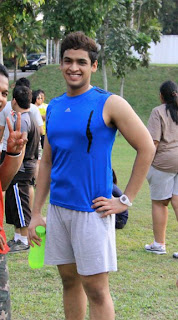 STAY TUNED for some write-up of Imran Sheikh 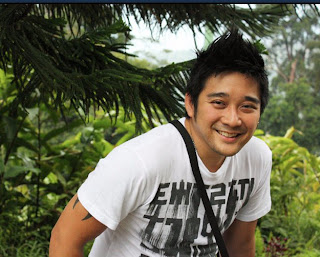 STAY TUNED for some write-up of Thomas Ong

Captains, remember your platoon's victory is in your hand!! Read the Platoon Versus Platoon 2010 blog and prepare your team for the best ever battle!!!

This platoon challenge is made an annual event and the winning platoon's name will be engraved on the CHIEF'S TROPHY.

The BATTLE OF PLATOONS will be held at Damansara Heights Base Camp on 17 July 2011.