Posted by ARMIN BANIAZ PAHAMIN on July 09, 2011
Chief Brabon, the founder, designer and contractor of the CHIEF'S ORIGINAL BOOTCAMP workout program had never exhausted of exciting and challenging ideas to seduced our stamina that can reach out into giving our best potential in each and every session. Today is no exception and to end the 2nd week of July COBC session, Chief Brabon gave us an insight into what it takes to be part of the British Army's Elite.

British soldiers whom achieved the fitness standards from this circuit will be accepted into the uber-exclusive 300 club whose motto is "299 just isn't enough!". Since 2009, less than 300 British Soldiers qualified to be a member of the 300 club. Chief Brabon was also privilege to be invited by the British Army to take part in the 300 Club tryouts in December 2011 and if passed, Chief Brabon will be the first civilian to be accepted into the club.

That same circuit & scoring that was used as a fitness benchmark for the British Army's elite was made available for us as a training method and for us to benchmark ourselves against. It is always best to gauge our fitness against the best. The COBC is not a military-inspired bootcamp just by name but it is military-inspired bootcamp because the training program was designed by a former infantry soldier Chief Brabon and tailor made for civilians with different goals. Each and every session was meticulously designed for us to reap the maximum benefit. 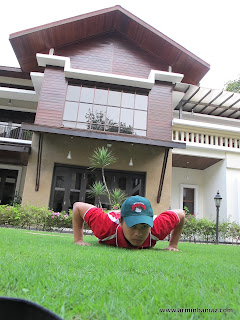 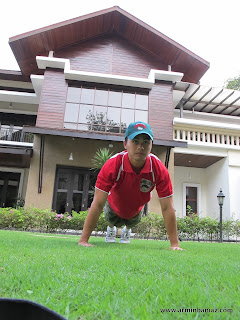 To qualify for the British Army's elite, a soldier must be able to perform in perfect form minimum 70 reps for male and 40 rep for female UK Army press ups, 80 reps for both male and female and 8minutes for 2.4km run (1 1/2mile) for male and 10 minutes for female.

Did our recruit qualify for British army's elite 300 club? What was our overall top 10 best recruits' timing?

With more than 200 recruits in the 5 platoons, our instructors are still counting the scores..... Until then...


Psst.....Maybe this British Army's elite 300 Club has something to do with Platoon Challenge? ....err mm maybe not :-p