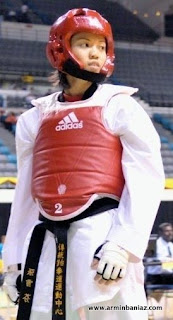 When I was first introduced to Elaine Teo Shuen Fhern, by my partner at the Chief's Original Bootcamp Penang, Cheah Boon Chong aka Sarge (COBC) Boon, I was a little doubtful. However, the good words by Cheah Boon Choong whom was also a former national athlete Gold Medalist for Karate had immediately given me the assurance. These people were selected into the national team because there were the best and the experience gained in all the competition representing Malaysia is an achievement beyond any qualification and recognition.


Elaine Teo Shueh Fhern was born on 5 February 1981 and was the first Taekwondo exponent in Malaysia to qualify TWICE for the Olympic Games in 2004 and 2008 and was awarded the National Sportswomen of the year by the Malaysia Ministry of Youth and Sports. The single but married to her passion for Taekwondo had represented Malaysia for 12 years from 1999 to 2011 and had participated in the Commonwealth Games, Olympic, World Cup Taekwondo, SEA Games, World Taekwondo Championship and various other championships, tournaments and competitions. 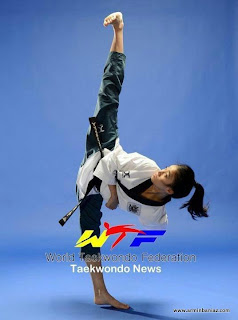 Born and trained to be a champion and the best, Elaine spend most of her available time acquiring and mastering the art of sparring and spend a month in a year, every year for the past 12 years in Korea to learn from world best Masters in Taekwondo.


The born fighter was also a taekwondo instructor for the Armed Forces Academy Malaysia and was our National Taekwondo team Captain, National Sports Council Malaysia for 7 years before she retires from 2004 to 2011. A women and an instructor with high integrity, passion and enthusiasm for Taekwondo envisioned herself churning more and better fighter for Malaysia.


She together with another former national athlete, Nurul Nadia binti Mahamat whom also competed in Commonwealth Games and various other competitions had recently set-up their own Taekwondo Centre in Taman Tun Dr Ismail called, D'Smart Taekwondo Training. For once, we did not have to force Aaraf Armin, 10 years old, pom2 to go for his Taekwondo training, he just love the new place. Both Elaine and Nadia are great at handling children too. 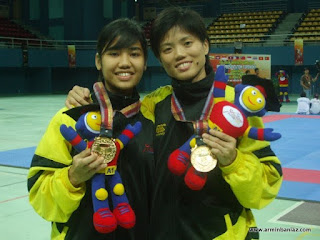 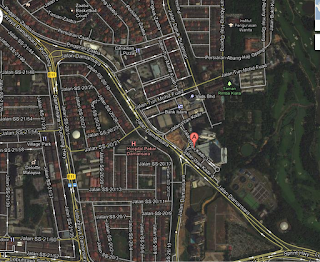 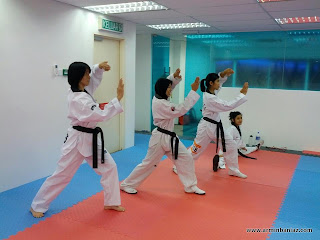 Please do not take my word for it, read all about Elaine's Achievements, award and background information for yourself. You do want to be mentor by the best and the best is Master Elaine Teo! 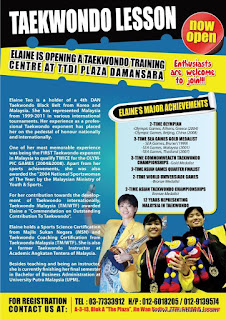 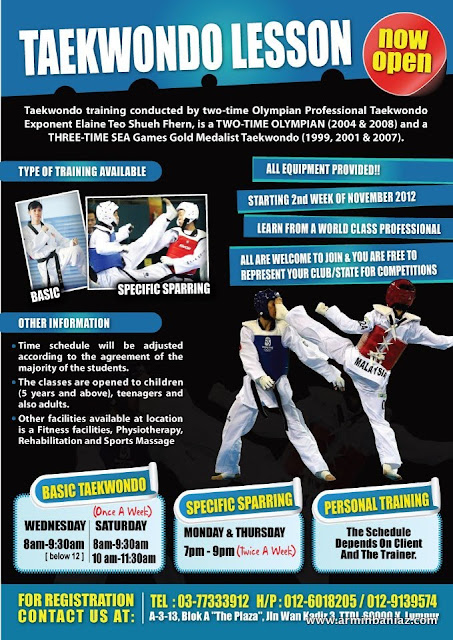 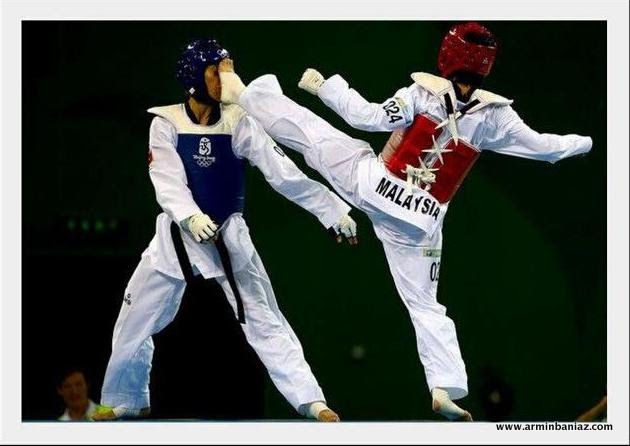 Reading her CV and the few short conversation I had with Elaine, I was all impressed! Elaine and her instructors were great! Her vast knowledge and experience is worth writing a book!! (Elaine you should consider that!) What is more important is her approach with children to inculcate into their mindset the love for Taekwondo is priceless. Her great passion and interest in both instructing and in Taekwondo can be felt by anyone whom interacted with her. I wish Elaine the best for her new establishment and leave Aaraf in her good hands. Until next time, Stay Tuned.....