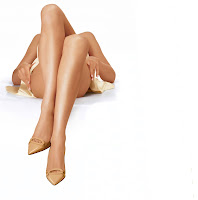 Its the 4th Session today!!! and so far soo ACE!!! After the warm-up, we began our session with 60 kick Ass Grunts... A good start on Monday blues although it was meant as a punishment for some AWOLs. We had a little too much to eat yesterday especially at the Bootcamp Graduation lunch.

The Wesley Snipe lookalike introduced us to a circuit where the deltas were further split into a rank of two separated by a Yellow & Red cone with a distance approximately 5 metres apart. There was another second red cones located 30 metres apart. On the first Set, those at the Red-Cones had to performed 10 repetition of basket ball jump, and those at the Yellow-cones performed ten repetition of grunts. When Deltas at the Red-cones completed the 10 Basket ball jumps, they must run to the second red-cones and back to the only Yellow Cones to perform the ten Grunts. The Deltas that was initially at the yellow Cones moved to the red-cones and perform the same ten repetition of Basket-ball jump before running the 30 metres to the second red-cones and 30 metres back to the yellow cones.

After completing two sets of the circuit, all the Delta ran for a short 30 metres before the second circuit. Again, divided into two, the first front Delta must run up 'stairs' and came down side-ways. Whilst waiting for the Delta to return, the second Delta group performed the truster. 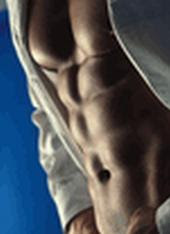 After completing Corporal Dharmendra's circuit, we moved to Lans Corporal Elin. It was all 6-PACK WORKOUT circuit with LC Elin. The Abs-circuit was performed for 2 minutes before changing to the next workout. We started with the Jack knife, and change to the Flutter Kick. Then we did the T-Kick that was performed lying down, palms under the hip, leg raised 90 degrees (start position), the legs were then dropped to 45 degree and spread open wide those legs and closing it back still at 45 degree and raise it back to start position. Similarly, this was repeated for the whole 2 minutes before changing to the Military Sit-up. The last exercise in the circuit was the planks...... and the cycle continues. I love these abs workout and the excruciating pain saw Doctor Malek Aziz screaming "Where is Tomi?"....... Dont ask me why!!

When the Delta were done with Lans Corporal Elin, we left for Sergeant Simran and Sandra Baglog. The Delta were divided into two group namely G1 and G2, with both group facing each other. On TABATA (Twenty Second Active, 10 second break, Twenty active again) G1 started by hugging Sandra and deep squat repeatedly whilst G2 performed the Ballistic Push-up. Then the sandbag was passed and the exercise was reversed. We went Bonkers doing the Ballistic push-up, and time was added (from only 20 seconds) as a punishment when Tomi Soetjipto uttered his first Swear-word....... F@#K!!

The second set, we began squatting down and whilst squat-hold, holding Sandra between the leg with both arm stretched, Sandra was raised to shoulder level and drop, then raised & drop again repeatedly for 20 seconds. The other group performed the King Kong Push up. The exercise was rotated between G1 and G2 and we held back our tears and 'cursing' pending Sergeant Simran' scream for the next set.

The third set, on the same sumo-squat hold and Sandra held at chest level with both hand as the start position, we push and pull Sandra with both hand forward and backward whilst maintaining the sumo squat-hold and Sandra at shoulder level at all time. The second group did the military push up until the exercise was reversed. Being the last set, everybody was holding back their cursing and words to avoid.

Today was a great combination of cardio, overall muscles................. and F#@k'ing cursing. Thanks Tomi Soetjipto, we know what to do if we ever needed the extra calories to burn.

I burned a total of 620 calories but the muscles were worst than burning... it was excruciating.... but there were no Tsunami heart rate and I love it!!! Excellent workout!!