Its the third Bootcamp session and the absence of a few KLA personalities suddenly sunk-ed in... The character of every recruits at KLA made what KLA is. There were Danny Quest, Ana Kassim, Daing Daniel Fitri, Chun Chia Kai SSJ, Vivien Luyen Ow, Arnaud, Zaiem Razak... amongst others. KLA felt different without them... KLA are so attached to each other having  sweat-blood, in tearful-pain, screams and moaning together for months. Lesson to remember guys, REGISTER EARLY!!......otherwise, you will have similar fate. There is only 60 vacancies for training at KLA and KLA is the most popular platoon. 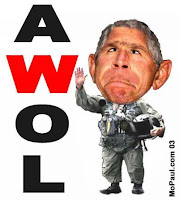 The warm-up session began at 5:45am SHARP!!! Guys... please remember this always...  Sergeant Simran NEVER FAIL in my 4 months thusfar, to START the session at 5:45am SHARP!!! not a second earlier and never later. Please observe carefully......... otherwise... you will be jealous of our sexier legs with the extra squat pulses as punishment. Needless to say, we had our squat pulses  from the 5 AWOLS..... and it was great.

The first circuit began on TABATA for the following exercises:

3) Touches D' Shoe Crunches (Tomi Soetjipto.. I like this term you gave)

The Seal left the circuit for the next pre-planned workout and replaced by the Ranger. The Delta together with the Rangers was about to began the TABATA when suddenly Dixon appeared from nowhere... late!! and we received a groaning 10 grunts before beginning the TABATA circuit with the following exercises: 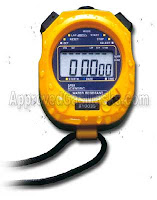 More time added to the 20 second high-intensity workout when Tomi Soetjipto stopped exactly at 20 seconds before Corporal Faizal Arrif commanded "steady" to signal a break. Guys, maybe we should buy Corporal Faizal on his birthday @ 16 June, a proper Stopwatch for accuracy in time... but I like the Touch D' Shoe Crunch and did not mind it at all the extra added time... so thank you Tomi.

The second circuit felt heavier and abit more painful. I can feel some discomfort in my already damaged knee.  In exhaustion, highly likely exercise-form (especially the hindu squat) are performed incorrectly that may result in injury. I can also feel a minor symptom of hypoglycemia.. shivering, increase heart rate and excessive sweating. I sipped the glucose drink packed for extra energy and walked slowly to Sergeant Simran for the last course of workout.

The last workout involved running with a few equipments.... There were mock rifles, Batang Putih (white bazooka), bag pack and Sandbags. Each Delta had to pick and carry one toy only. I took the batang putih.

We began running but I seek permission to leave the batang putih. The discomfort in the knee cap (but it wasn't painful) felt more prominent and I did not want to risk it damaging it further. I ran without any equipments but my heart rate elevates higher... I wanted to give up........... I wanted to stop!! but upon hearing Sergeant Simran's voice saying "Armin, you are without any equipments, start motivating the others...", that shut-up the little voices in my head calling me to give up. 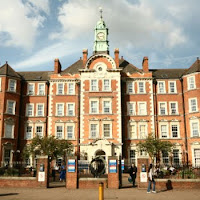 I ran with other Deltas and tagged along Nadia Hanim Tajuddin, a friend I have known for 23 years. 20 years years ago, while I was in London for the Bone marrow transplant, she went to Paris for some heart operation. From once a weakling, we are now both in Delta. Nadia graduated from the University of Melbourne, Northumbria in 2006 and is currently attached to the Attorney-General's Chamber, a successful young but not available professional!!! She is happily married to Muaz Omar with.. i dont know how many kids.

I heard again Sergeant Simran's voice.... "Armin, without any equipment, you should be infront... GO!!!!!" huh... like a turbo charge I sprinted irregardless of the knee and saw Shobha and Nawal... half knackered. I stopped and walk... and heard Sarge Simran's voice again.. "No walking Armin. Run to the end... "... and another turbo charge!!! That voices were damn powerful!! have it my way... I would have given-up half way through the training..  but I am proud and glad that I did not.

Just a friendly advice to new recruits, dont try to cheat!!! they have eyes everywhere!!

Everything that can go wrong in a training day, went wrong today. The discomfort knee-cap, the escalating heart-beat ala earth-quake, back-bone pain, nauseate, hypoglycemic etc all at once!! It was probably due to the knew pre-workout energy drink that I just bought... Somehow, this new pre-workout drink does not have chemistry with me.

I gained a hard-earn 705 calories burn. by the time the session ended, I was dead!!! Another excellent training program!! now... 3 days counting down for Monday's Bootcamp.