Its the second day into the year of the Tiger.... my year! The Tiger is the third sign in the Chinese Zodiac cycle, and it is a sign of bravery. For more information click HERE. As a new year resolution... okay ok, too many resolutions but only One New Year resolutions this year's CNY (Chinese New Year).. Spartan-ACE, the details will be mention in later blog-post. To start the new year... and the Spartan-ACE, I went to the gym for the first time after more than 6 months of 'gym-fasting' (being away from the gym). Bootcamp training has been the only form of exercise for almost half a year with an occasional some short distance runs.

Today, was the seventh Bootcamp session into the month and we are all still ACE!!! When most offices are closed for CNY break/holiday, Bootcamp session is in business as normal... Rain, Hail or Shine or public Holidays, most Bootcamp members including the trainers are committed to the workout program although some minority members rather took the time off for holiday'ing.

Such is the circle of people at the Bootcamp.. passionate kiasu for fitness!!! ...both the trainers as well as the trainees. Who in the right state of mind would wake up at 3am on public holiday, drive all the way from Nilai, prepare the track for our circuit and train with us... thats Simran Latiff and his deputy Faizal Ariff!!! and who would wake up at 4am to exercise at 5:45am on Chinese New Year..? Yes.. the recruits at the Bootcamp!!! Completely insane and mad!! and thats why we get along so well....... 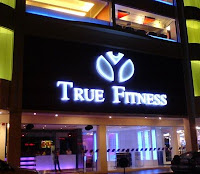 After half a year away from the Gym, I woke up today with the whole body aching from yesterday's first day at the Gym workout. The chest, abdomen, leg, triceps was in pain and I hope Sarge will not focus on the same muscle group... Wishful thinking. Today was a Killer-TABATA @ Maltese Cross Circuit.

The Maltese Cross is the start position. The circuit was design on X-shape. The four arms of the X-Shape was divided into three sections. The nearest to the intersection for the Rangers, middle from the intersection for the Seal and the end point of each arm for the Delta. The Delta, Seals and Rangers were divided into a team of four to equally fill up each of the four X-arm. 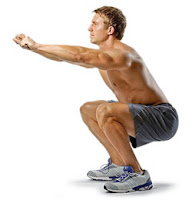 The first TABATA was a 20 second Deep-Squat, then sprint to the next arm in 10 seconds, then performed another 20 squats of deep-squat and so forth back to the starting arm. The sprint from one arm to the other must be within 10 seconds. If the sprint took more then 10 seconds, time will be added to the supposedly 20 seconds workout time.

There were 8 sets of workout today.... after the Deep-Squat, the workout was changed to the push-up on the same TABATA for the second set. 20 seconds of Push-up, 10 second sprint to the next X-arm, 20 seconds push-up again and so forth.

The Push-up was then replaced with Touches De' Shoe Crunches for the third set. Fourth Set, the Planks and Fifth set, we the workout was replaced with Diamond Push-up. This was when all hell broke loose. The muscle wear from yesterday's bench-press chest workout took a toll and the arm was excruciating and the sprint took longer than 10 seconds... followed by "TIME ADDED" at first it was only 10 second time added, then 20 seconds time added then......... i was lost in pain.
The Sixth set, we took turn, from the Delta, Seal and Rangers....... to run Two rounds approximately 300 metres per round bypassing all the X-arms without stopping, back to starting position. My Polar heart-rate monitor was beeping and screaming TOOT TOOT Toot Toot Toot Toot......... as my heart rate exceeded the maximum heart beat per minute. Hesitatingly, I slowed down... and "TIME ADDED" AGAIN!!!!!! oh god....

The Seventh set, When the Seal ran through all the four X-arms, we did a squat-hold.
The final set or the eighth set, we performed the Grunts.... in more pain while the Rangers ran.

Waking up early on CNY.... Public Holiday was well worth it!!! I burned a total of 703 calories. Working out at the gym after being absent for half a year was a killer.... going to Bootcamp with Gym-pain brings me straight to hell.........

There are some disadvantages from using a Polar Heart rate monitor... subconsciously, I tend to hesitate the extra 'push' when the watch screamed alarming maximum heart rate... but when I google to research more on the TABATA protocol...... I discovered, the heart rate will shoot up over 200 beats per minute... way beyond the max HR. The maximum heart rate is normally calculated as 220 minus your Age (e.g.if you are 30 years old, your Max. HR would be 190 beats per minute). See: TABATA PROTOCOL.

Oh damn... Should I have known this earlier, I would have NOT cheated to reduce my heart rate.