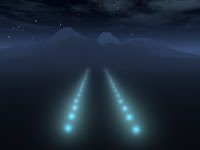 We arrived at Padang Merbuk to see the field lighted up akin of an airport runway. there were lights that formed a circle.  We can only wonder whats in store for our circuit today. The last session was tough and it gets tougher and tougher. There were fewer number of recruits at the field which is not a good sign......

For every AWOL, the platoon will be punished with 10 Grunts and this morning, we had 60 Grunts.... more like Ang Paw for the Chinese New Year from Kenny Smith, Kenix Lim, Kevin Tan, Farrah Vivien Raquet, Dinesh Nagalingam and Marcos Salama. I think we burn 0.5 calories with every grunts and in total those 6 AWOL had given us 30 calories burn. Wonderful....

We had a new circuit... we always get a new circuit on every session but today's circuit reiterated the pure meaning of Pain & Pleasure!! ... via the Grinder!! thats the name of today's circuit!! It is almost a similar circuit to the benchmark assessment but its tougher... as how Sarge would describe it, Benchmark on Steroid!!! The trainer transformed into a Grinder........ to grind us!!!  There were 2 grinders, Sarge Simran and Corporal Faizal Ariff.

After being lured into the impressive light-up circle ala airport runway, the 'Grindee' were divided into our respective ranks, the Delta, Seal and Rangers. The light-up circuit measures... approximately 200 meters per lap. There were 3 sets of circuit.

then 16 repetitions of each exercises as follows:
2) Trusters;
3) Military Push-up
4) Military Sit-up
5) Monk Crunches
No (1) - (5) exercises above were repeated non-stop for the whole 10 minutes.

The Second Set was for 10 minutes non-stop:
1) 2 laps around the runway, 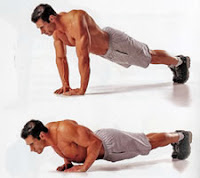