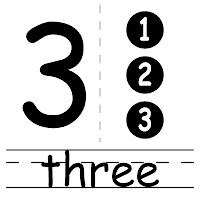 Another 3 more sessions, we will be celebrating again another month of ACE, a damn discipline for consistency and commitment for better health and fitness....... only 3 more sessions!!! Suloshini Jahanath, Aisan Lim, I saw that determination in you.... although burned-out, exhausted, half dead but the spirit for improvement stood strong. Other ACErs seemed more energetic than me which drives my spirit stronger.

There were 8 AWOL from non-ACERS today... Kenny Smith, Shobha Bala, Dinesh Nagalingam, Kevin Tan, Scott Verret, Marcos Salama, Nirmala Devi, Yushziza Yusof.... and Two-Late-Comers were...... Danial Ismail and Wai-Yee...  but today being the customary friendly-friday 'Bring-A-Friend' day on every 3rd Friday of the Session, the penalty for AWOL was not so hard. We only had two 40 seconds squat pulses.... peanuts. Shobha Bala's second FFK was expected when opted out from FEB ACE (stick tongue out)... Danial Ismail...? probably working late till 6pm yesterday, over-slept and arrived late?

Today's circuit was a friendly insight into the training at the Bootcamp... There were approximately 60 pax of existing and newcomers. We had Four trainers in Red Tee shirt, Sarge Simran Latiff, Corporal Faizal Ariff, LC Stephanie Chok, LC Elin Klemetsen Fossum. The 60 pax was divided into 4 group, namely Alpha, Bravo, Charlie and Zulu. Each group was parked under one trainer. Together with 15 others, I was in Alpha under LC Stephanie Chok.

Sarge Simran gave out the instruction for the "CIRCLE-CIRCUIT-RELAY" akba (also known by armin) the Thermometer Circuit!! I called thermometer for various reason but the most pronounced was due to the thermometer shape of the circuit. We gathered at the bottom ball-shape that was outlined with 6 red cones. The Top-end was marked with a yellow cone. there were approximately 3 recruits at each point. I was partnered together with Danil Dahlan and newbie Efny Johan.

When the circuit began, recruits on the first point had to run 50 meter to the yellow cone and back to the starting position while others at point 2 to 6 performed the following exercise:

The duration of time for exercises at Point 2-6 depends on the time taken for runners to completed the 50 meter run from point 1 to yellow cone and back to Point 1. Once the runners completed the run, everybody will move clockwise.. recruits at Point 1 to point 2, Point 2 to Point 3 etc etc... and those at point 6 will now became runners.  The whole circuit was repeated clockwise and no-break for 12 minutes before we were given only 1 minute water break!! and the exercises for second set is change to the followings:


Point 1: 100 meter run or 2 laps of 50 meter
Point 2: King Kong push-up
Point 3: Squat with Mock Rifle at shoulder length
Point 4: Planks
Point 5: Star Jump
Point 6: Squat and shoulder press Sandra Baglog.
Our session ended with 680 calories burn........... Suddenly everybody look thinner and skinnier!! especially newbie Danil Dahlan..The thermometer did not measure any boiling temperature but displayed a Cool friendly Session. Chun SSJ brought along his friend Anson whom struggled so bad doing the squats until he farted direct to Wai-Yee's face whom were doing the planks. I am sure its not funny at that time but we are having a good laugh now.

People........ its only the second month into the new year..
lets make this year a consistent year for fitness and health!! let us be consistent with our training for fitness.... lets get thin, slim, hot and rawks!!!