Our warm-up session was great until we were divided into our respective ranks Delta, Seal and Rangers. When everybody was in a straight line,  Boris & Kitson went from left to right and left and not knowing where to go (maybe they need a GPS to find their rank?)... and 10 FREE GRUNTS.

Its coming nearing the end of the session and today, its a full battle workout!!! "FULL BODY CIRCUIT- 1A".. don't asked what the '1A' stands for... said Sarge Simran. I reckon, Part 1B will be for Wednesday, part 1C for Friday, we shall see...

Its a full body workout as it comprised of Cardio Sprint, legs, shoulder, chest, abdomen, tricep....... except for the back workout. Thankfully... I worked out my back at the gym the day before. 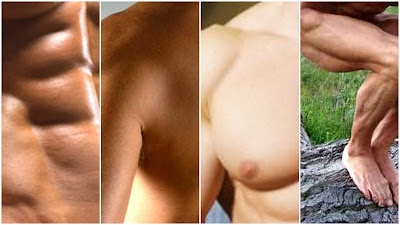 The circuit today comprised of a long straight-line marked with 12 yellow cones that was placed 2 meters apart from each other and an orange cone 5 metres in distant from the last, 12th yellow cone.

There was a fix workout for every 12 yellow cones and after the 12th yellow cone, we were asked to sprint 5 meter to the orange cone and U-turn for a total 34 meters back to the first yellow cone.

The Delta had to performed 20 repetitions of every exercises except for Grunts and 1 arm frog. 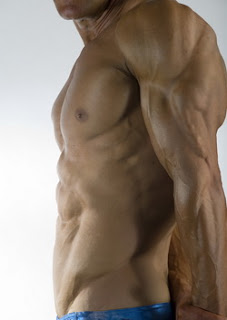 Everybody are expected to run from one cone to the other except for the orange cone where we were expected to sprint. If anybody walk instead of running........ we will be penalise with 20 Grunts, 25 Grunts, 30 Grunts and so forth for every walking moment.

Shortly after the circuit started...... "STEADY...!!!!" screamed Sarge Simran signalling everybody to stop!! 20 grunts for walking !!!! Eeek... !!! After the 20 grunts, without any break, we continue with the circuit.

At the end of the circuit..... I was soaked in sweat though it felt like blood pouring out from the sweat gland. My heart was throbbing but it was an orgasmic workout!!! I love it.. I mean who does not love orgasm but today was really Orgasmic!!